On the global scene Barbara was the inaugural Member from Australia on the Asia-Pacific Forum for Environment and Development (2001-06), a major international project initiated and funded by the Japanese Ministry for Environment.Barbara Hardy was a prime mover in 1981 for the creation of a hands-on science centre for Adelaide, which became the much loved Investigator Science and Technology Centre, operating from 1991 to 2006. It is fitting that Barbara’s name is associated with a new science research centre. The University of South Australia's Barbara Hardy Institute serves industry needs in research and development, and delivers short courses in the built environment and sustainable development area. 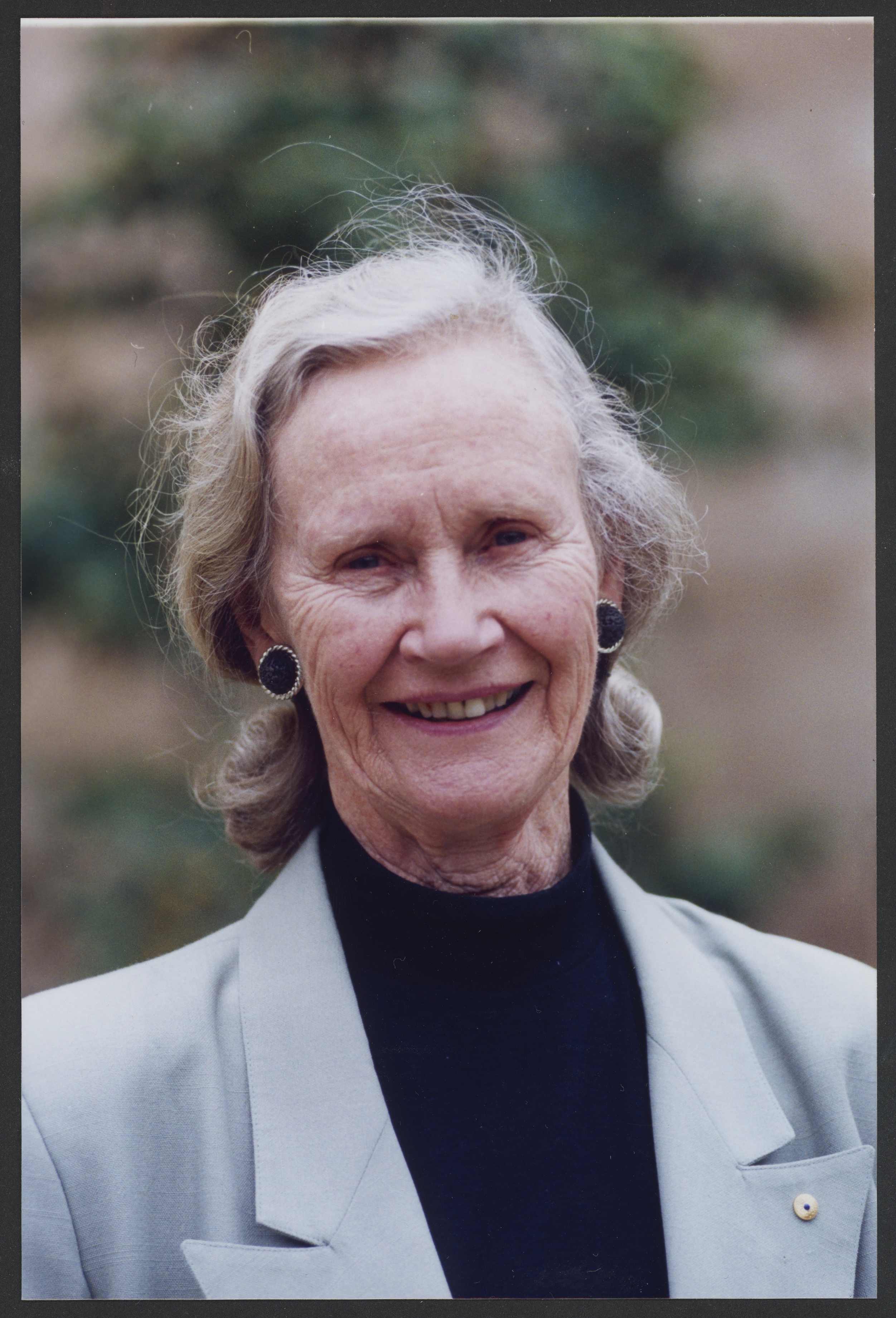 B 70619
You can view more information about this image here.This image is in copyright.Copies of this image may be made for private research/study. You may order a high quality photographic copy. Any other use requires permission from the State Library of South Australia

Dr Barbara Hardy AO, nee Begg, was born at in 1927. She attended Woodlands Church of England Girls Grammar School then began a science degree at the aged 16. After working in the CSIRO Soils Division at the Waite Institute for a year, she married Tom Hardy in 1948. During the 1950s and 60s family and sport (golf and badminton) were Barbara's chief interests.

In 1972 she began voluntary work with the Conservation Council and in 1974 started a degree in earth sciences at . Barbara assisted David Wotton, Shadow and then Minister for the Environment in the 1970s. After her husband died in 1980 she continued her environmental work with a range of organisations.