The Cyclorama opened on Friday 28 November 1890 at 89 Hindley Street. Cycloramas were paintings in-the-round on 20,000 square yards of canvas and were popular in Australia in the late 19th century. The first painting depicted Jerusalem, and the last in 1897 the Crimean War.

The building was remodelled as The Glaciarium skating rink by H. Newman Reid's Ice Palace Skating Company, opening on 6 September 1904 . It was the first ice skating rink in Australia, and the first ice hockey game in Australia was played there on 12 October 1904. In December 1907 a roller skating floor was laid and it became the popular Olympia Skating Rink, which closed on 21 August 1909.

Since October 2001 it has housed the Grainger Studio of the Adelaide Symphony Orchestra, continuing its entertainment links. The building has been returned to its former glory retaining many of its art deco features, in particular the grand staircase that leads up to a mezzanine level in the entrance foyer.

Along Rosina Street can be seen the tall fly tower of the former West's Theatre adorned by 15,000 model cars donated by the community as an artwork commissioned for the 2000 Adelaide Festival. 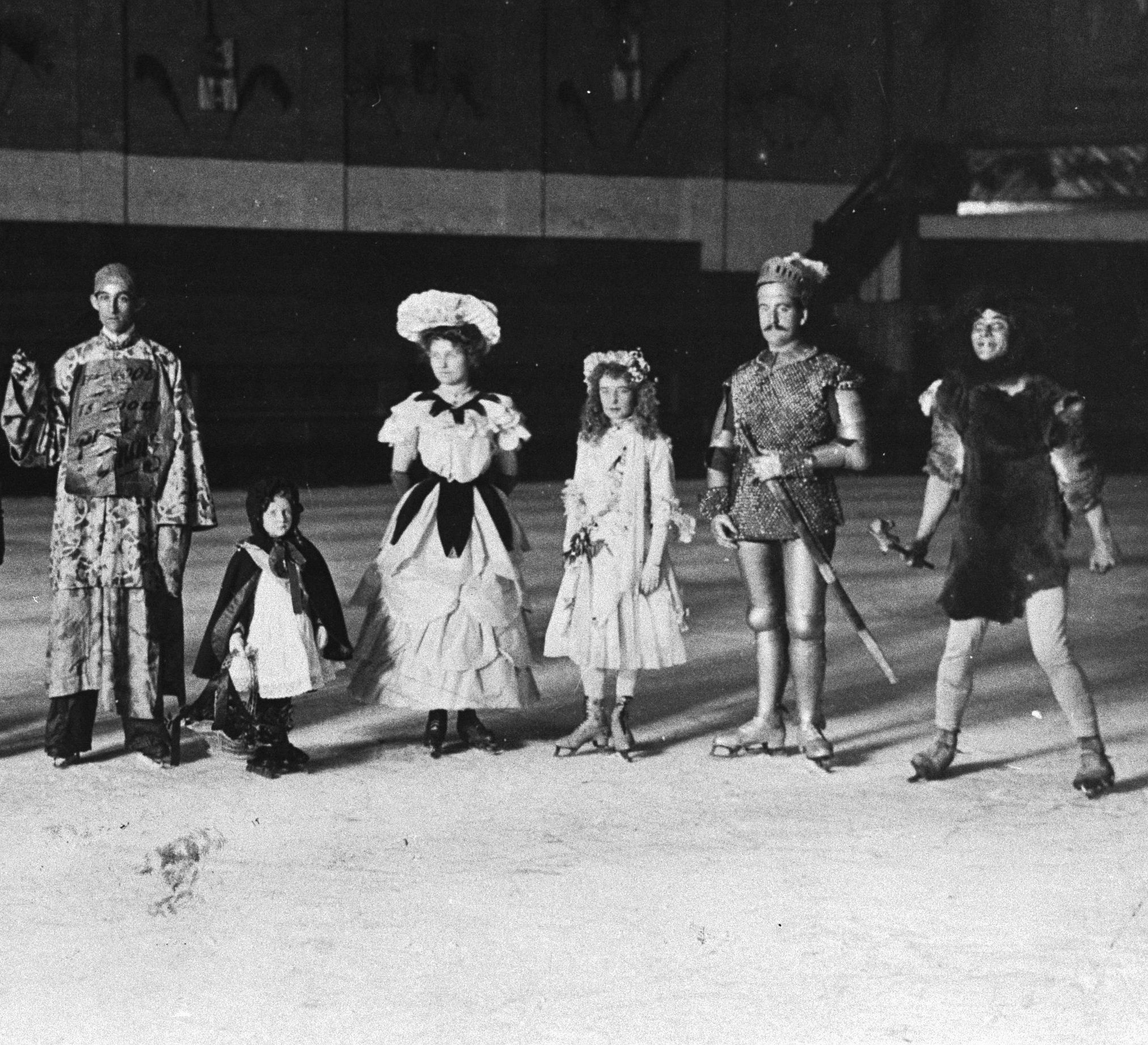 B 62204 Skaters wearing fancy dress during a carnival at the Glaciarium, 1905.  View more information about this image here. No known copyright restrictions Conditions of use

'On Tuesday evening the Glaciarium, or IcePalace Skating Rink, was opened, those who attended being present by special invitation of the proprietary. Seating accommodation was at a premium shortly after the doors were opened, and standing room only was available immediately afterwards. It was almost impossible to work a passage through the crowd inside the doors, and the number present produced a heated atmosphere, which had a bad effect on the ice. The great room was prettily decorated, coloured festoons being so arranged that they radiated from the centre of the roof to the wall-tops. At one end a large mirror was fixed, and a second one was provided in the centre of the ice floor, with seats around it. All conveniences in the way of cloak-rooms, &c. are provided, and a band kept time to the rhythm of the fleeting skaters. A good number of people essayed the crystal surface and many, made more than a respectable attempt. The regular sessions will begin this morning.'