Red brick shops today occupy the site of the red brick West End Brewery which opened in Hindley Street in 1859 as Adelaide's 14th brewery. Seen here about 1888, it was established by William H Clark as a model brewery, but it was short lived.  The brewery was taken over by the South Australian Brewing, Malting, Wine and Spirit Company in 1888.

The West End Brewery ceased operations in 1983, the works being consolidated with brewery operations at the Thebarton site, formerly the suburb of Southwark. The West End premises were demolished in 1983.

The South Australian Register ran a series of profiles of breweries of Adelaide and suburbs in 1868. A profile of the West-End Brewery appeared on 20 June 1868 on page 4. It begins:

'Abutting upon Hindley-street, at no great distance from its junction with West-terrace, is the acre upon which Messrs. Simms and Chapman are carrying on the occupation of brewers. Their premises are erected on one of the most elevated sites in South Adelaide, and command an admirable view of the northern division of the city, of the sea, and of the surrounding landscape in its southerly and easterly aspects. The buildings themselves stand back from the street, from which they present a rather irregular appearance, owing to their not being of uniform height. Along the north front runs a masonry wall, in the centre of which is a wide gateway, giving admission into a capacious paved court-yard.

At one side of this is a well kept seven-stalled stable an indispensable: adjunct to a business of this description and a long shed for sheltering the men employed in washing hogsheads and barrels. On the other side is situated the brewery itself, one portion of which consists of basement, ground, and first floor, and the other merely of basement and ground floor. At the western end is the boiler-house, whilst the eastward end of the yard is taken up by the drying-room, with furnaces underneath. The extreme west part of the building serves as a residence for Mr. Chapman, who has provided himself with a neat flower garden.'

Read the full article below. 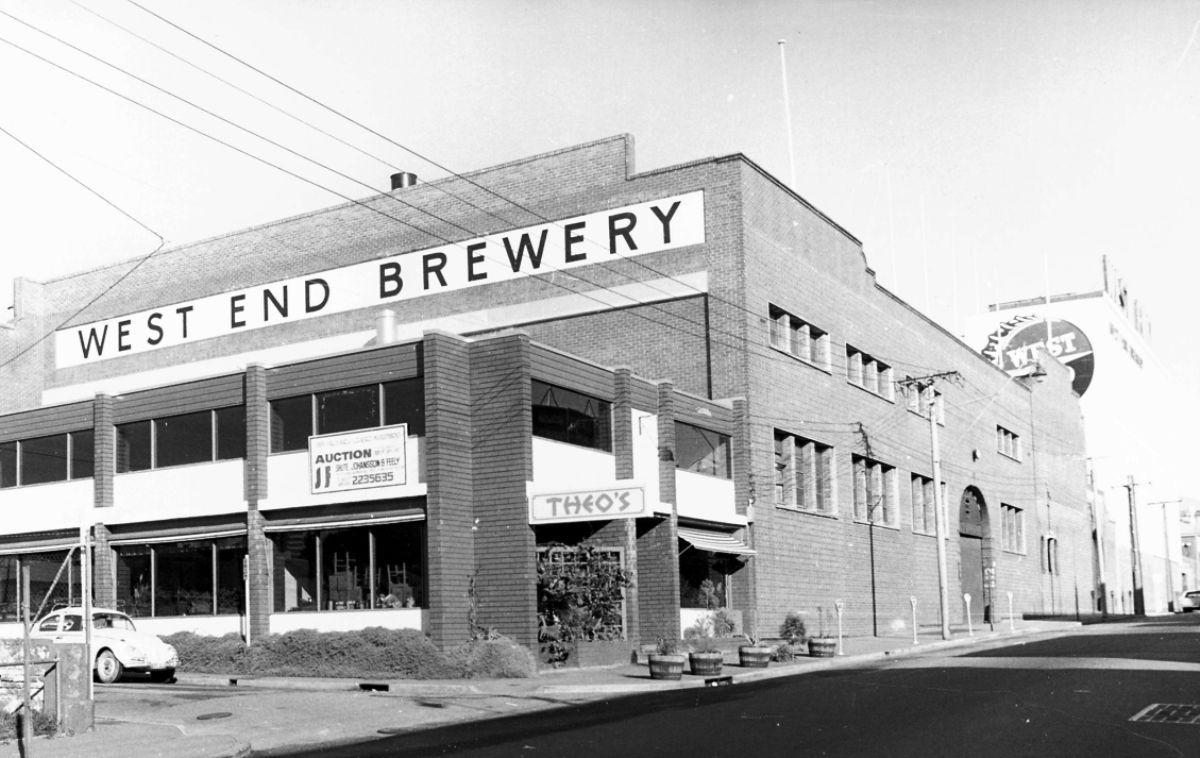 The Brewery in 1982. Find more information about this image here. You may order a high quality photographic copy. No known copyright restrictions - Conditions of use.

An article entitled 'New aspirations uncover old dreams' in UniSA News of December 2012 featured an archaeological dig underneath the West End Brewery among other buildings.