The first printing at 117 Hindley Street 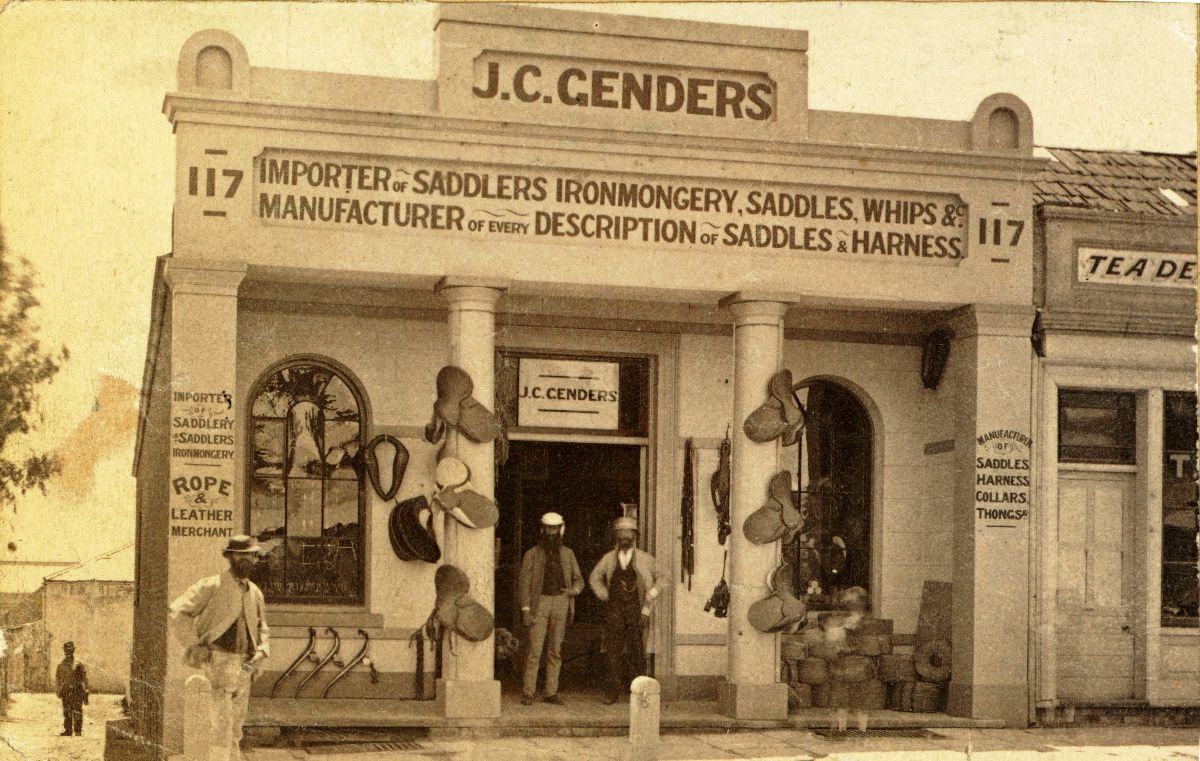 B 8036  View more information about this image here. No known copyright restrictions Conditions of use

On 12 July 1858 The Advertiser was born with this greeting in the first issue:

The EDITOR, in thus making promises, hopes to perform them, and believes he shall succeed. He appeals to the community to assist him in his endeavours, conscious that to a very great extent, a public journal must ever be what the public themselves make it. His conviction that the people at large participate in his sentiments is his ground for believing that the enterprise now launched will be prosperous.

THE SOUTH AUSTRALIAN ADVERTISER—a Daily Paper, price 17s. 6d. per quarter, or 15s.per quarter, if paid for in advance.

THE SOUTH AUSTRALIAN WEEKLY CHRONICLE—published every Saturday, with an early edition for the country mails on Friday—price, 6s. 6d. per quarter, or 6s., if paid in advance.

NOTE—From 30 to 40 per cent reduction in the cost of advertising. Scales of charges, &c, sent post free on application, or may be obtained at the offices of the Company, 117 Hindley-street ; or at the Branch Office, Platt's, corner of King William-street, Adelaide.

A capital city newspaper touches the life of its State so intimately and at so many points, and in its development has so many points of similarity, that the 90th birthday of "The Advertiser" today is a significant event in the history of South Australia. The newspaper, its career chequered in its early stages, has seen the State pass through eras of depression and prosperity equally chequered.

When John Henry Barrow, pioneer editor, legislator and pastor, launched "The Advertiser"on July 12, 1858, with the preamble:—"After many unavoidable delays, much labor; and no small amount of anxiety we are this day enabled to present our opening number to the public," there was little to denote that he had done more than a dozen before him—launched a journal which would have its brief day and disappear. However, there was in the seed which he planted a germ of vitality and permanence of which he and his contemporaries probably had no cognisance, and of which the year had little promise. True, legal maturity had been achieved by the colony when "The Advertiser" first appeared on Adelaide's straggling streets, but the infant House of Assembly still fumbled over its newly won prerogative to make laws: the season was unpropitious; commerce was sluggish under the blight of depression—four consecutive crop failures, unemployment, and loss of manpower and currency through the rush to the Victorian goldfields. Adelaide, a capital of 60,000 people, was half-way on the transition from country dignity to urban sophistication. The railway reached as far as Gawler. In that first issue, produced at No. 117 Hindley street, there were only four pages—each column the result of hours of painstaking industry by candlelight and oil lamp, lines of type, handset letter by letter.

The new papers. The ‘South Australian Advertiser' and ‘The South Australian Weekly Chronicle’ (the first issue of ‘The Chronicle’ appeared five days later) have been called into existence," said the editor, "by the universal demand of the public for a new daily and a new ' weekly journal, in harmony 1 with the spirit of the age, of independent tone, of constitutional liberalism, of catholic .sentiment, unfettered by party obligations, reflecting honestly the opinions of the majority, and at the same time giving free scope for the exposition of the views and wishes of the minority. "The new papers will utter plain truths In plain words; will call a spade a spade, will enunciate a straightforward policy whether popular or unpopular, bat will, at the same time, afford an open column for respectful criticism and generous opposition. The new papers, being of the people, will be for the people." There was nothing equivocal in that proclamation, made by Mr. Barrow in the first issue of “The Advertiser," and whatever be might have imagined of the future, the policy he propounded ' has withstood the tests of growth and change. In one respect, the date of the launching was highly propitious. Within a fortnight, Adelaide and Melbourne were linked by the wonderful, new 'electric fluid" and "The Advertiser" proudly placed the superscription –“By Electric Telegraph" above a column of news from sister capitals. The "latest intelligences" culled from overseas papers, often three and four months old and once avidly seized upon, took second place and even local news waned in importance for a time. The steam printing machine —nicknamed "The Yankee" because of its American origin and a big advance on the hand operated presses used by most newspapers of the age—went on pounding out some 1300 flat sheets each day and "The Advertiser" moved steadily towards the prosperity of the early 60's that arrived with abundant harvests, the inflow of gold from the east and the discovery of copper at Wallaroo and Moonta.