Immediately after the end of the World War II a priority for the Red Cross was assisting with the rehabilitation of POWs with supplies of food, clothing and medical necessities.

In 1946 the Commonwealth Government officially recognised the Red Cross Bureau as a National Tracing Bureau for enquires relating to dispersed families and displaced persons. In South Australia Mrs Annie Simonett was appointed Honorary Director of the Bureau for Missing, Wounded, Prisoners of War, and the National Tracing Service.

Fundraising activities were managed by an Appeals Sub-committee. Some early events were the Miss Red Cross competition which raised £263,991 in 1945, the 'Food for Britain' appeal which raised £125,000, and an Antique and Art exhibition in John Martin's gallery which raised £1,017 in 1949. In 1952 the Red Cross participated for the first time in the Miss South Australia Quest, entering ten girls.

The Red Cross continued to maintain two convalescent homes for sick service and ex-service personnel. Kapara for patients from the Springbank Repatriation Hospital, and the Lady Galway Home at Henley Beach. Eden Park Convalescent Home was closed in October 1946.

"One afternoon in late April 1966, my boss was standing by my desk talking to me when the phone rang. In a newspaper office, you never ignore a ringing phone - there might be a big story at the end of the line. The call was Red Cross, asking if I could go to Vietnam in six weeks. Dazed, I hung up the receiver and confessed: 'Red Cross wants me to go to Vietnam.' 'Then your photograph and story must go on the front page of The Advertiser tomorrow,' my boss shot back."

On 6 July 1979 the International Committee of the Red Cross awarded the Florence Nightingale Medal to South Australian nurse Jenny Leak in recognition of her work in Vietnam. She was a member of the first South Australian surgical team to go to Vietnam in April 1967. After the team returned she stayed on and spent 8 years working in orphanages.

On 24 December 1974 Cyclone Tracy devastated Darwin and the Red Cross immediately came to the aid. Two days later The Advertiser newspaper was reporting "The Australian Red Cross yesterday began moving tons of blankets, food and clothing to RAAF bases to be flown to Darwin.... The Red Cross was inundated with people trying to find out about relatives and friends".

On the 27th of December The Advertiser carried a photo of a queue of people at Red Cross House, Adelaide, waiting to enquire about relatives. "More than 7,500 individual enquiries were made. Many who went to enquire about the casualty list, which was unavailable, or leave parcels, volunteered to stay to help the overtaxed Red Cross staff."

"The general secretary of the SA division of the Red Cross (Mr. D. Cain) said the Darwin disaster had touched SA hearts more than any other crisis. ... His switchboard had been jammed with calls from people wanting to help with money, food, accommodation in Adelaide and clothing. On the footpath outside Red Cross house contributions kept piling up - everything from canned foods to bedclothes, even babies' potties. But another Red Cross spokesman said late yesterday: 'We don't require any more clothing. We want money.' Mr Cain said the Red Cross sent a team of 30 welfare officers to Darwin yesterday by RAAF aircraft from Sydney. Red Cross national headquarters had authorised immediate expenditure of up to $30,000. Dr. R.W. Beal, director of the Red Cross Blood Transfusion Service (SA Division), flew to Darwin in his capacity of Red Cross disaster relief officer. Blood supplies have been sent from Adelaide, Sydney and Brisbane." The Advertiser newspaper, 27 December 1974, page 6.

This is the month of the Red Cross annual appeal 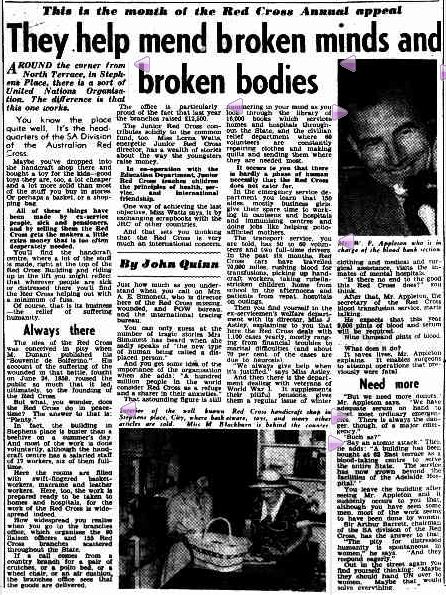 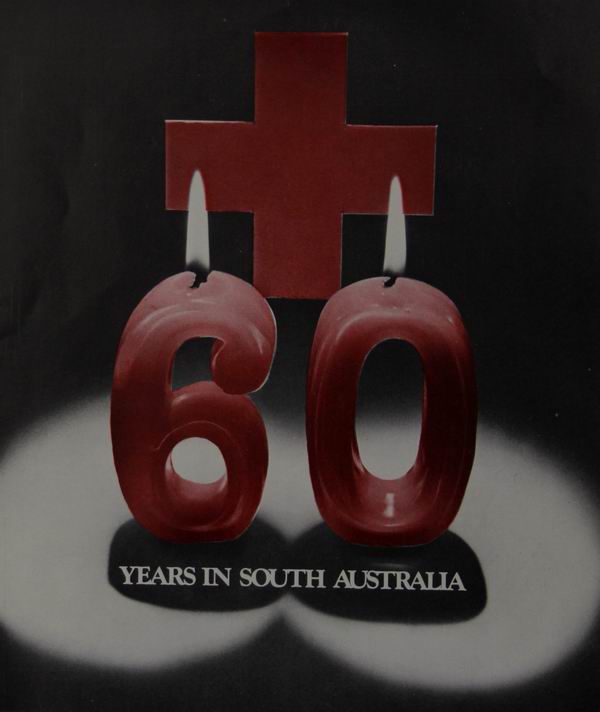 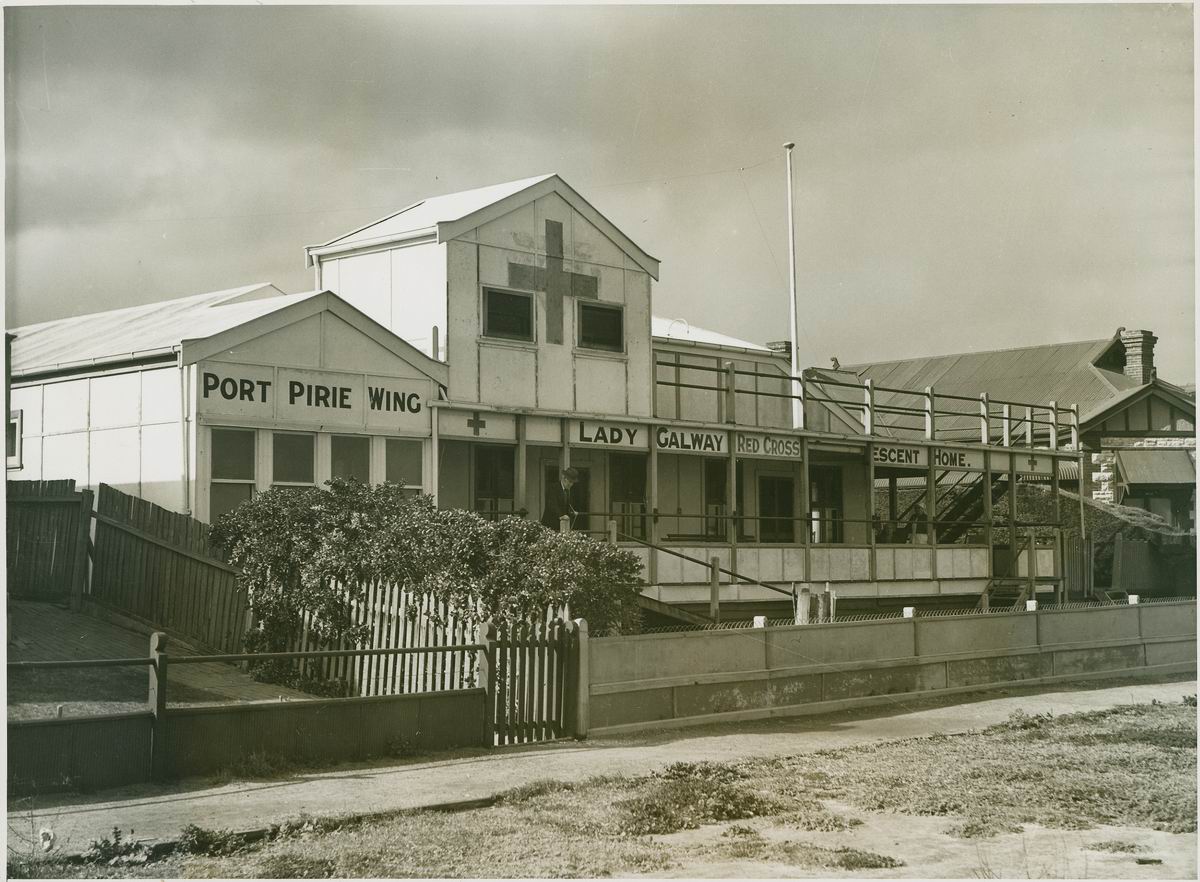 B 10197 The Lady Galway Convalescent Home at Henley Beach