Newspapers in the State Library: Home

Find out what newspapers we have available in the State Library of South Australia and how to find them.

Newspapers at the State Library

The State Library has the most comprehensive collection of newspapers in South Australia – with coverage for state, national and international newspapers. We have collected newspapers since the state’s first newspaper was printed in June 1836 – just prior to European settlement of South Australia.

The collection includes local, national and international newspapers. In addition the Library subscribes to a number of databases containing digital versions of newspapers.

How to search the State Library catalogue for newspapers

Every newspaper in the collection has a catalogue record. The best method is to search the catalogue by newspaper title + 'n' (for newspaper). e.g. search for the title Adelaide Times by typing 'adelaide times n'

The advent of the Internet in the 1990s saw the birth of digital news reporting.

The Adelaide Now website was developed by the Advertiser (News Ltd.). The Independent Weekly became the online publication InDaily in 2005.

The majority of South Australian country newspapers were purchased by Rural Press (later amalgamated with Fairfax) and these 19 titles have their own websites. Independent country newspapers appear on the Country Press SA website.

Newspapers in a range of formats 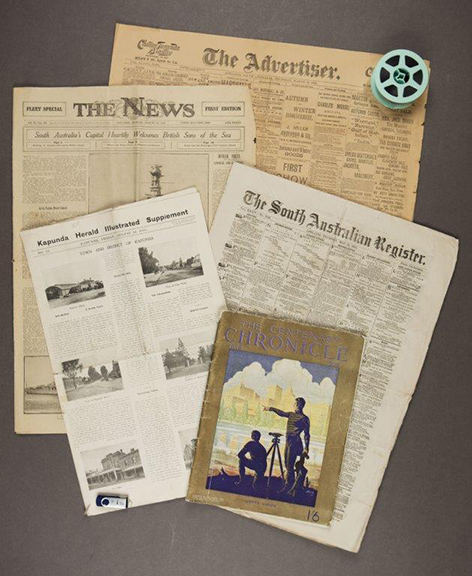 The State Library has newspapers in every format: from original newspapers to microfilm and digital files.

Historic Australian newspapers (1803-) are freely available on the Trove website. (The majority are only available until 1954 except where copyright permission has been obtained.)

For the second half of the 20th century there is the Sydney Morning Herald Archive (1955-1995). This is a subscription database available freely for home access to registered users of State Libraries and the National Library.

Chronicling America is a free website for American newspapers compiled by the Library of Congress (1789-1963).

Historic German newspapers and journals online (1609-) is a database bringing together digitised Germany titles across many individual websites. A knowledge of German is helpful! 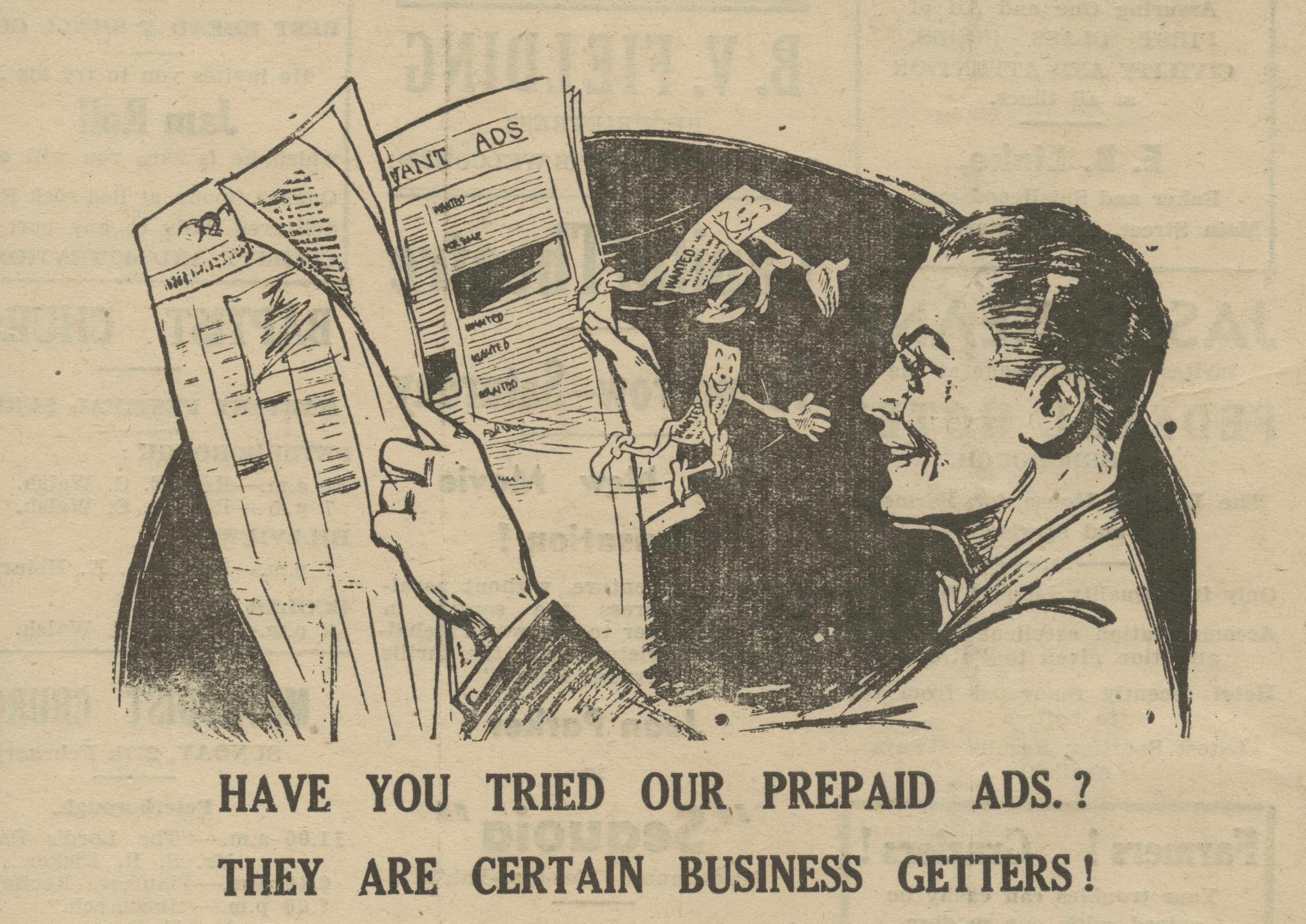 The state’s first newspaper (the South Australian Gazette and Colonial Register ) was founded in London in 1836 as part of the Wakefield  plan, to create a sense of ‘concert’ (community) amongst British immigrants.

South Australia’s first newspapers were free of government censorship or regulation, in contrast to Britain and the other colonies.

The number of newspapers published in Adelaide peaked at 23 titles in 1894 - with 24 country newspapers and 3 suburban.

The South Australian Advertiser was founded in 1858 as a competitor to the Register.

Each newspaper published an evening (tabloid) title, and a week-end (country) edition.

Electronic (telegraphic) news was expensive, so Adelaide newspapers joined with dailies in Melbourne and Sydney to buy news from bureaus such as Reuters.

More detailed history of the South Australian press and individual titles may be found on the Library Guide - SA Newspapers. 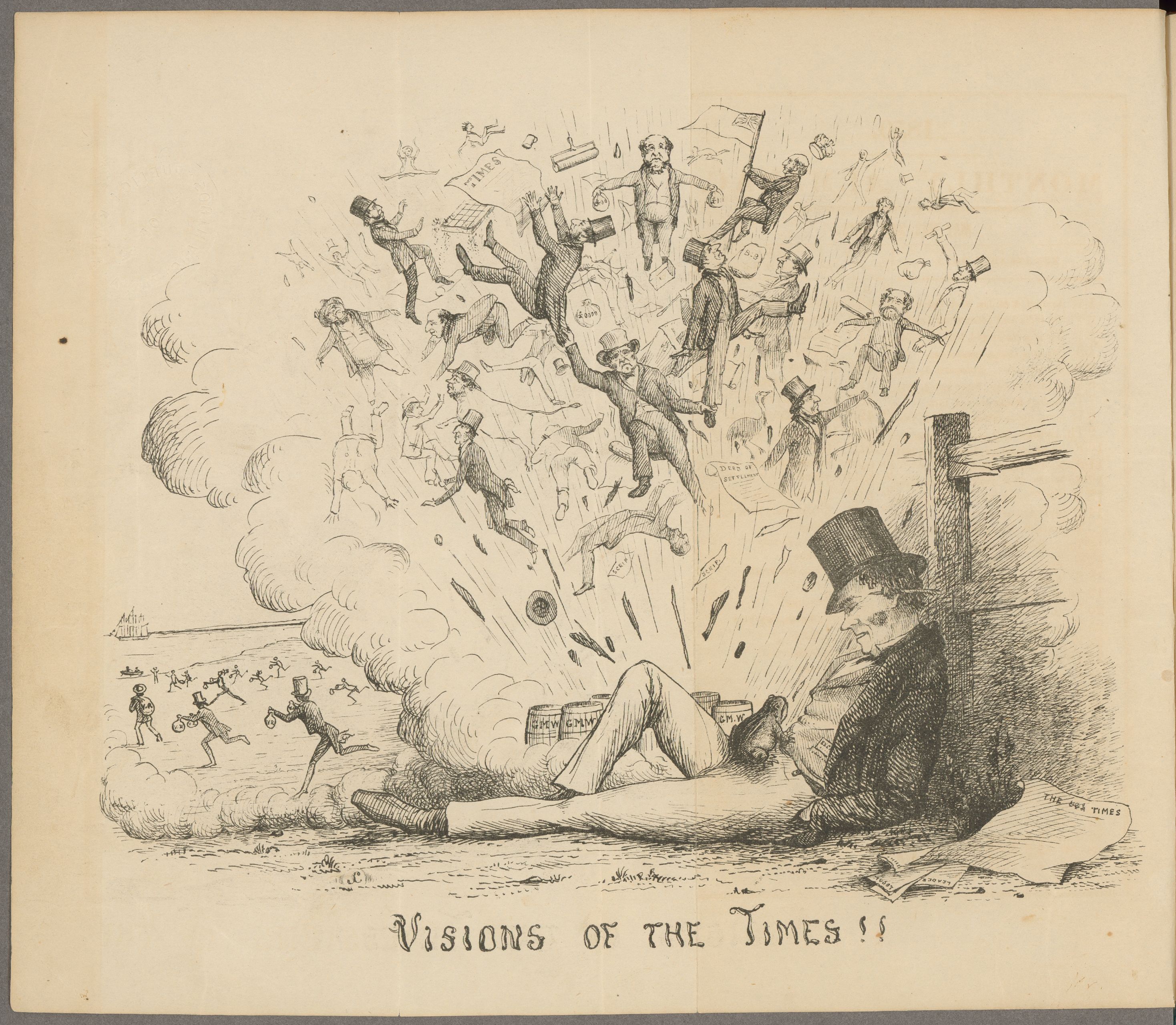 (Monthly Almanac and Illustrated Commentator, May 1850)

The State Library provides home access to eResources including authoritative databases that include journals, magazines, current and historical newspapers on a wide range of subjects including history, science, business, medical and technology. Home access means that registered library users can access these eResources from home. We also have a range of eBooks covering subjects in social sciences, humanities and information technologies.

Choose to collect your card or have it posted:

For more information view the home access to eResources conditions of use.

How to renew your card

Your State Library card is valid for three years. If it is close to expiring or has expired you have two options to renew it:

If you already have a membership card and have registered from home access, you are ready to begin searching our eResources.