The South Australian Government recognises the economic, social and environmental potential of releasing government data; and has created a website to allow the public to locate openly licensed data so they can create new ideas and applications. Data that is released must be available online, free, published using agreed open standards and openly licensed for commercial and other re-use. The State Library has contributed four datasets for access through Data.SA.

Heroes of the Great War Chronicle Newspaper 1915-1919. This data set of 9779 notices includes the reference (date, page and column) within The Chronicle, brief biographical details including name, age, rank, battalion and occasionally place of death. Also included are names of relatives and place of residence in South Australia by street address, suburb or town. Some obituaries within The Chronicle have portraits, although included in this data set, a separate data set has been created for those entries that have portraits. 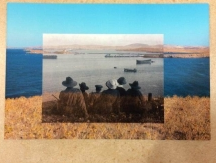 In July 2015 the Library participated in WW1 Hack, initiated by the State Library of New South Wales. WW1 Hack was designed to  bring together a community of creators to engage with digitised World War One collections, to create new ways of thinking about the War and its legacy.