Centenary of ANZAC projects: Beyond the stage: interpreting history through performing arts

This project explores and celebrates – through performances, touring exhibitions and publications – the performing arts in urban and regional South Australia during the War. The project is timed to coincide with post Gallipoli centenary commemorations, and is envisaged to extend to the centenary of the Armistice and peace celebrations in 1918.

The approach taken embraces the idea of living history, one in which archival resources are used to build up a documentary overview, and specific details regarding performances and performers are interpreted creatively by the state’s preeminent performing arts organisations, including State Opera of South Australia, State Theatre Company of South Australia, the Adelaide Festival Centre Trust, and the Adelaide Symphony Orchestra.

With the appropriate level of support, urban and regional performances might be accompanied by touring exhibitions (to regional South Australia and nationally) and other supporting commentary. It is anticipated that an image rich, quality scholarly publication will be published as a permanent record of the project’s findings.

Material from the Library’s collections to support the performances include photographs and sheet music. 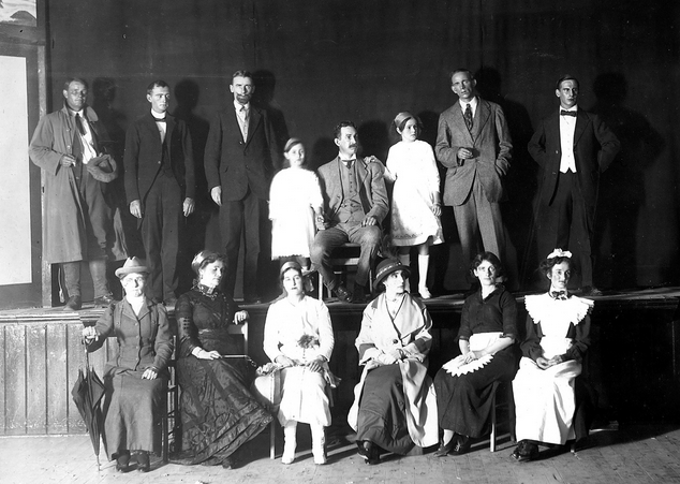 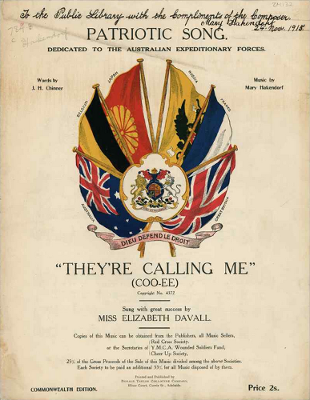