During World War 1, every Australian state had a Red Cross Information Bureau to co-ordinate enquiries from families and friends regarding the tracing of wounded and missing soldiers and nurses. These enquiries contain eyewitness accounts, accounts of burial, hospitalisation, letters to and from military offices and to the enquirers. The SA Bureau held a unique distinction of being known for not toning down the details divulged allowing the disturbing realities of trench warfare to be exposed.

The State Library is making this unique resource available online so that the community can see and download copies of the original documents. The original 'packets' of information related to the 8,033 requests made through the Bureau will be supported by automatically harvested data from 3rd party sources such as National Archives of Australia (NAA), Commonwealth War Graves Commission (CWGC), Imperial War Museum (IWM) and Trove which directly relate to the soldiers who are the subjects of the Bureau's enquiries.

The database will also allow for public participation and engagement by providing the ability to transcribe original documentation, and to contribute content from family photos of the subjects to personal reminiscences of loved ones. 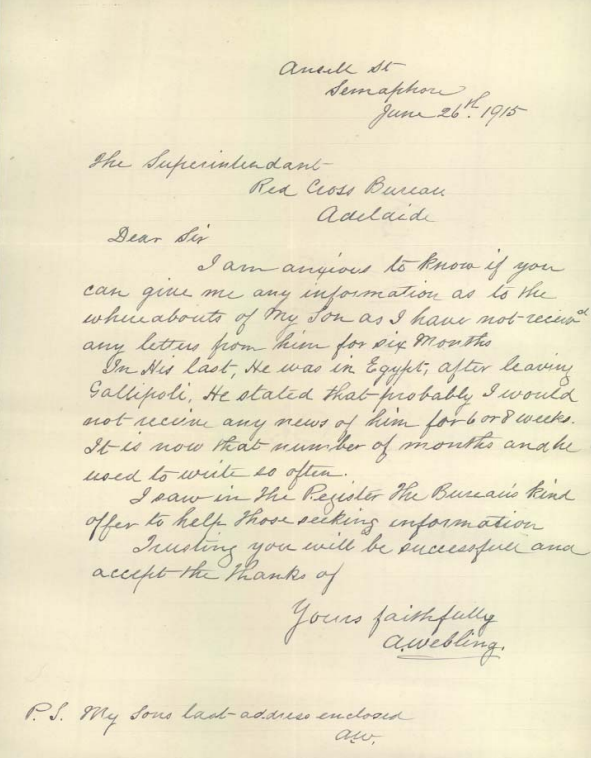 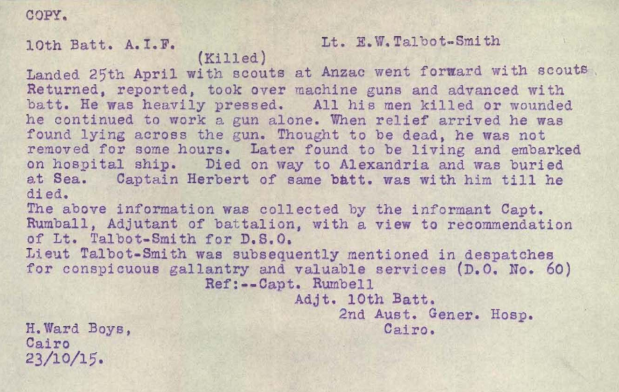