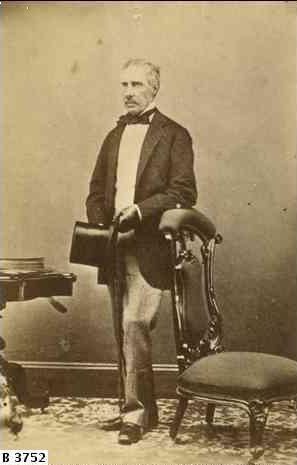 View more information about this image here.
You may order a high quality photographic copy
No known copyright restrictions - Conditions of use

Journal of the Historical Society of South Australia. no.7, 1980, pp.46-61. Christopher Nance. 'The destitute in early South Australia.' pp.49-53. Governor Grey and his policies

18 April 1891, p.34 cols. A-C. 'Demonstration in the City.’  Formal welcome to Sir George Grey, one of the delegates to the Federation Convention.

2 April 1840, p.3 col. E. ‘The Southern Australian.’ Remarks from Capt. Grey, late Commandant of King George's Sound, on the practicality of an overland route from South Australia to Swan River.

16 April 1840, p.2 col. E. ‘Overland Route to Western Australia.’ Meeting held 7 April...Chas. Sturt, Chairman. Chas. Bonney, Secretary. Captain Grey being about to embark for England...regret his stay was so short and appreciation of his interest and support.

14 May 1841, p.2 col. C-D. 'The South Australian Society and Captain Grey.' On his departure from Gravesend 2 January 1841 as Governor of South Australia.

4 June 1841, p.2 cols. A-C. ‘The Aborigines of South Australia.’ His Excellency Governor Grey on the natives.