South Australian Barbara Hardy AO has been working passionately in the environment field in a voluntary capacity since the early 1970s. Her principal interests are in ecologically sustainable development, biodiversity conservation, environmental valuation, renewable energy production and use, and in business and industrial matters especially as they affect the environment within which we all live. She has been an environmental activist focussing on communicating ideas, lobbying decision makers, and educating people.  With her academic background she understands the science behind her causes and can speak about them in language that the community can understand. With her business and political background she can engage the corporate and government world. She has close connections with a number of environmental organisations.

The 2011 Adelaide Festival of Ideas was dedicated to Barbara Hardy AO.  An exemplary public life of advocacy and science devoted to the environment, from the dawning days of ecological consciousness to the current debate on sustainability, Barbara Hardy has fomented many initiatives and held a plethora of voluntary offices, within South Australia and beyond. She completed a Science Degree (majoring in Chemistry) from the University of Adelaide, studied Earth Sciences, and received an Honorary Doctorate from Flinders University and an Honorary Doctorate from the University of Adelaide. She has taken on many roles and received numerous awards both in Australia and internationally.

A display about Barbara Hardy, featuring items from the State Library of South Australia's collections, was mounted in the State Library's Treasures Wall area of the Spence Wing during October 2011.

Links with the SLSA 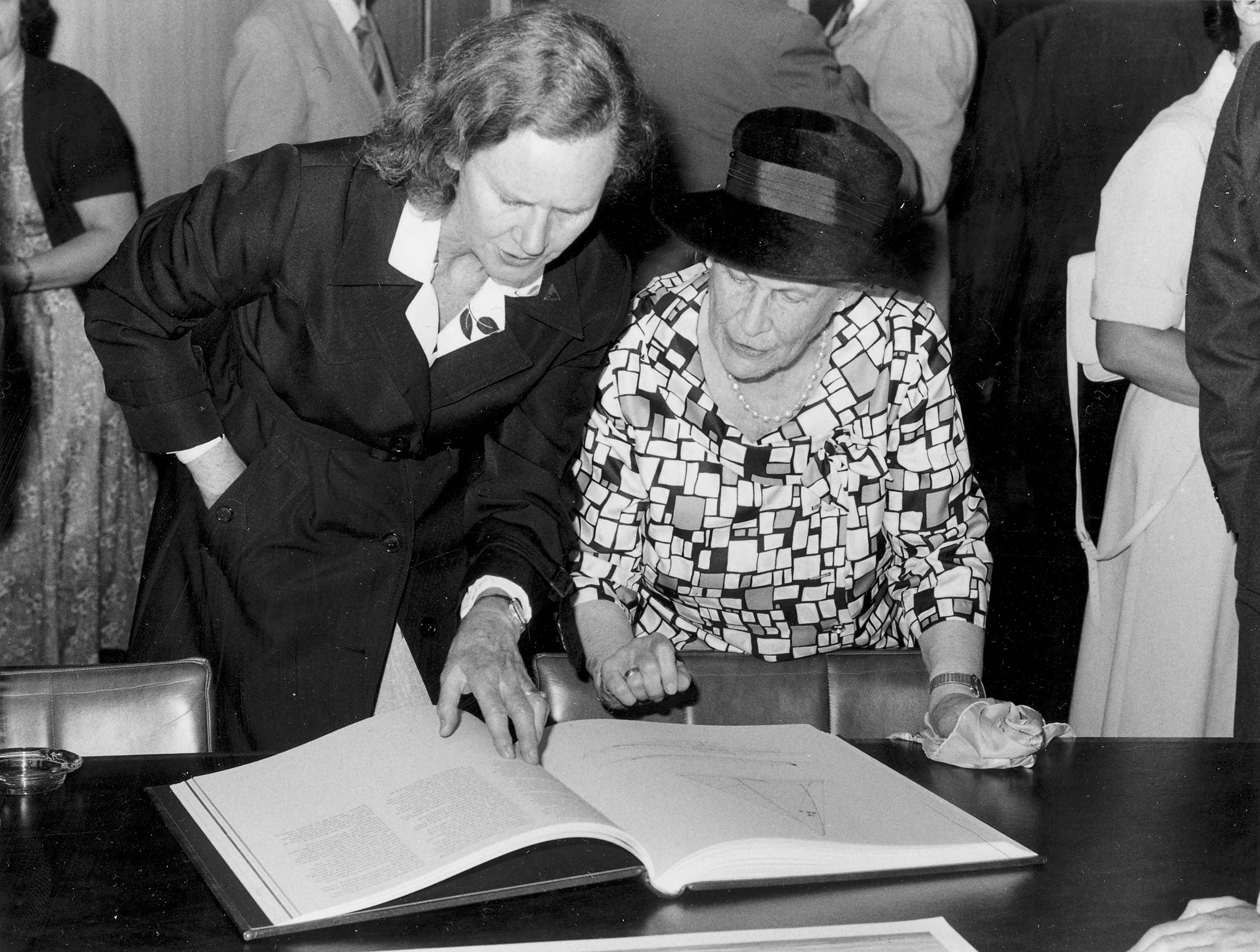 You can view more information about this image here. This image is in copyright.Copies of this image may be made for private research/study. You may order a high quality photographic copy. Any other use requires permission from the State Library of South Australia.

Barbara loves libraries, and remembers visiting the State Library as a child and as a university student in Defining moments celebrating the University of Adelaide Library’s two millionth item Adelaide: Barr Smith Press 1999.