A guide to the life and works of Max Fatchen. 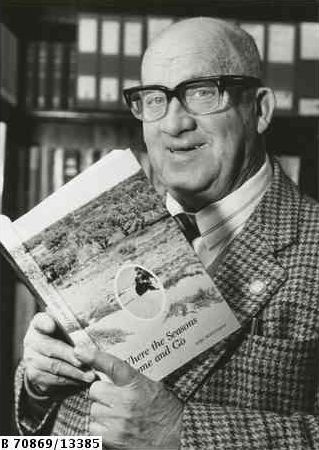 This image is in copyright. Copies of this image may be made for private research/study. You may order a high quality photographic copy. Any other use requires permission from the State Library of South Australia.

Max began writing books for children in 1966. He wrote more than twenty; three of which received commendation in the Children's Book of the Year Award. He was the recipient of multiple other awards and was made a Member of the Order of Australia in 1980. Max died after an illness on 14 October, 2012, aged 92.