Thomas Hardy arrived in the colony in 1850 and in 1853 planted shiraz and grenache grapes in a property a few miles out of the city on the banks of the River Torrens with an aim to 'create quality wines that will be prized in the markets of the world'. In 1857 his first vintage was sent in hogsheads to and in 1859 he visited with wine samples. His family continued his wine dynasty and Hardys continued to grow and develop throughout the later 20th century culminating with a merger between Thomas Hardy & Sons and Berri Renmano in 1992, forming Australia's second largest wine company, BRL Hardy. Today Hardy’s wines are available in over 45 countries.

In 1968 the Chairman of Thomas Hardy and Sons company presented to the Library the first of a series of annual grants to fund purchases of wine books to be known as the Thomas Hardy Wine Library. In following years the Hardy Company, and for some years, Barbara Hardy AO,  have given an annual grant for additions to the Thomas Hardy Wine Library, which now contains over 1,500 titles.  BRL Hardy also helped to fund the four wine bays in the Mortlock Chamber. In 2003 BRL Hardy merged with Constellation Brands from the USA to form Constellation Wines, the world's largest wine business. BRL Hardy was renamed the Hardy Wine Company, then in 2008 became Constellation Wines Australia - and it is now part of Accolade Wines - regional winemaking at its finest.

As well as rare books on wine dating back to the 11th century, the collection includes contemporary works from almost every wine producing region in the world. There are original diaries, journals and company records; magazines and newspapers; and photographs, wine labels, lists and menus. Some of the items are on the library’s Wine Literature of the World website. The Thomas Hardy Wine Library is a major component of the State Library's collection strengths in wine literature. 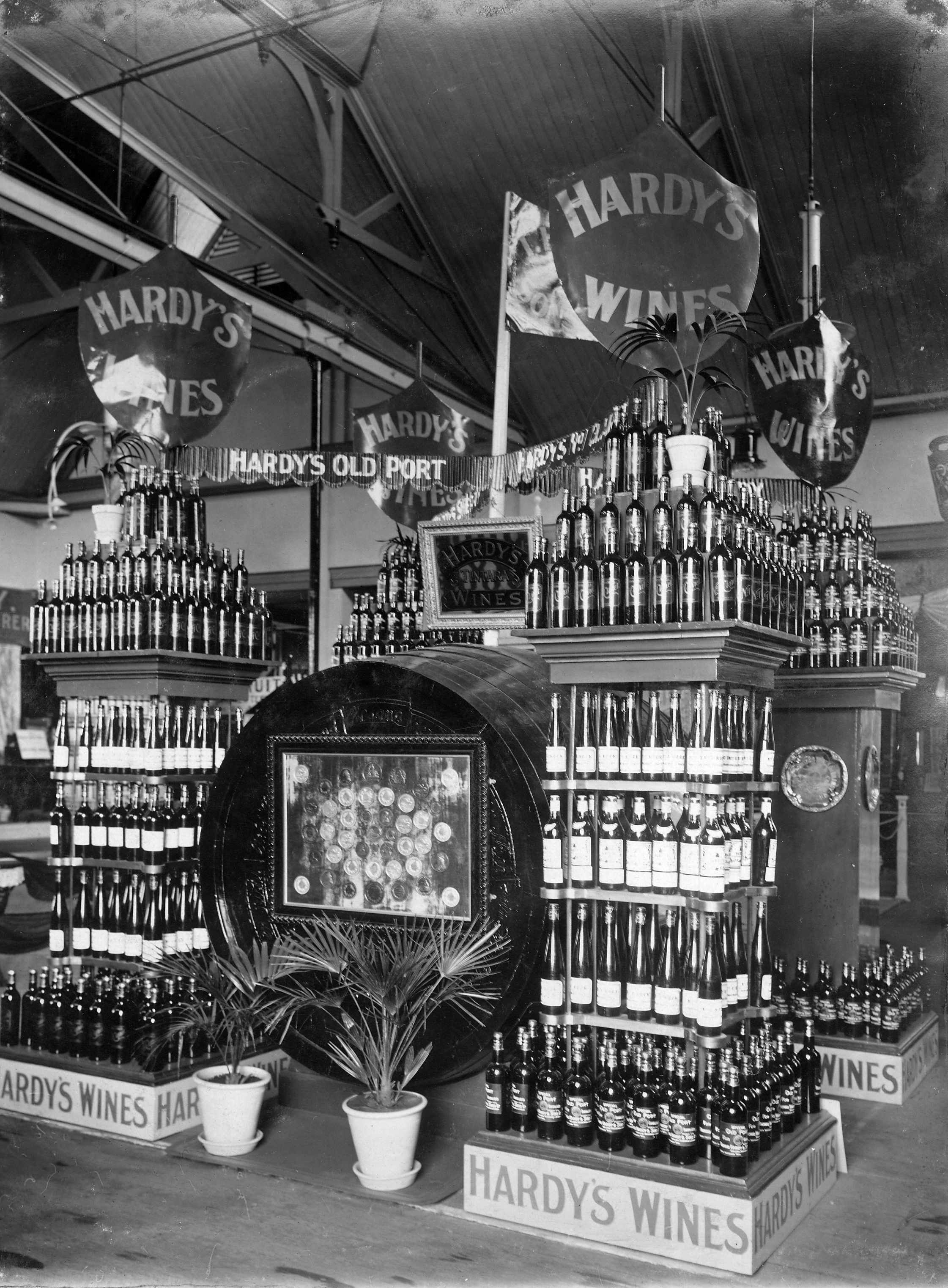 PRG 280/1/6/167 A Hardy's wines display at an exhibition in 1912
View more information about this image. No known copyright restrictions Conditions of use