The State Library's Somerville Reading Room for accessing preservation materials is located on Level 1 of the Spence Wing. Its name commemorates one of the great Library bequests in support of the South Australiana archival collections. 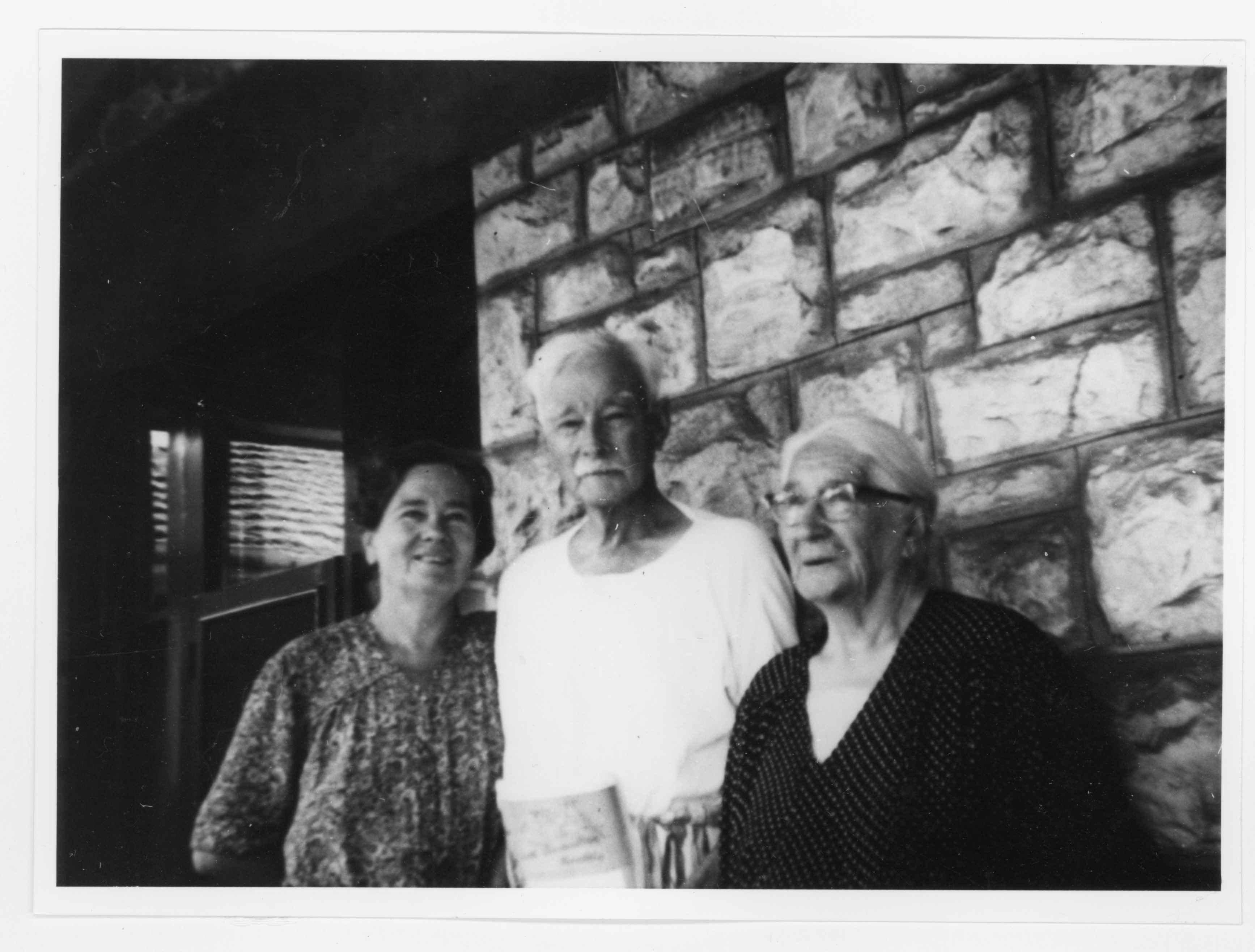 B 70074 The Somerville family pictured at their Kings Park home about 1950. From left: Mabel, with her parents James Dugald Somerville (1868-1960) and Edith nee Tapley (1869-1971). View more information about this image. No known copyright restrictions Conditions of use.

Like the Mortlock bequest, the bequest commemorates a family and its high regard for the State Library. But there the similarities end. The Mortlock family was part of ’s establishment, leading very public lives and successful in business. The led modest private lives working in the public service.

James Dugald Somerville (1868-1960) was born in Scotland and became Resident Engineer of the South Australian Railways at Port Lincoln. He had an extensive interest in history and archives, and following his retirement in 1933, he devoted many years of his life to historical research in the South Australian Archives. His particular research interests included the early colonial days of Eyre Peninsula, exploration and the Northern Territory. The Library has his personal archive comprising manuscripts and research notes on various interests, including Darke Peake printed material, maps and illustrations, field diaries on reservoirs and Eyre Peninsula railways, papers re John McDouall Stuart's expeditions. There are more than 120 items listed in the Library catalogue under his name. He was also a member of the Royal Geographical Society of South Australia.

The annual report of the Libraries Board of 1959-60 noted: 'The death occurred in March 1960 of James Dugald Somerville. Mr Somerville was one of the foremost authorities on Australian exploration and he was a distinguished contributor to the 1958 edition of the Australian encyclopedia. Much of his research was based on material in the Archives. He was a most generous benefactor to the Archives Department, both by gifts of documentary material and research monographs, and also by his constant willingness to assist the Archivist and his staff on any of the historical subjects in which he was interested. The Archives Department is deeply indebted to him and his death is recorded with sincere regret.'

Miss Mabel Somerville was the only child of James and Edith Somerville and became a primary school teacher. When her father died in 1960 Mabel continued to look after her mother until the latter's death at the age of 101. On her father's death in 1960, Mabel discovered the extent of his extensive interest in history and archives. In 1981 Mabel Somerville left a bequest worth around $250,000 to the Libraries Board in memory of her father. She specified that her bequest should be used for special purchases and projects related to the archives which her father loved and which would be beyond the normal reach of the Library.

In 1981 Mabel Somerville left a bequest worth around $250,000 to the Libraries Board in memory of her father. She specified that her bequest should be used for special purchases and projects related to the archives which her father loved and which would be beyond the normal reach of the Library.

In consultation with the Somerville Trustees, income from the bequest funded a wide range of projects such as the establishment of the JD Somerville Oral History Collection in 1987 and the restoration of the papers of Colonel William Light. In total, $1.376 million worth of archival related projects were funded, as documented in the annual reports of the Libraries Board. The remaining funds were fully expended in 2007-08.