The State Library has one of the best shipping and maritime history collections in Australia. It includes books, periodicals, newspapers, shipping registers and several substantial pictorial collections.

The State Library of South Australia has several major shipping registers and annual naval reviews.  These are excellent sources of current and historical information about particular ships.

Books about the Royal Australian Navy

Books about the Royal Navy (UK)

Information about official records for the Australian Merchant Navy can be found at the National Archives.

The library does have collections of books, dealing with most aspects of the Merchant Navy. Some of the most useful include:

Jane's publications have been around since 1898, producing high quality publications in subject areas including transport and defence. The State Library holds a number of titles which may be of use to the maritime historian. 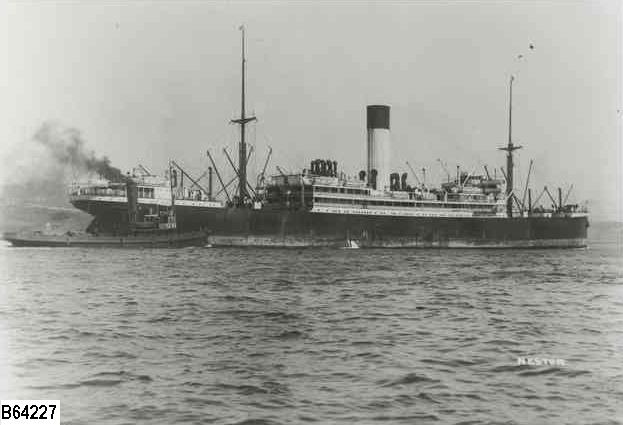 The cargo ship Nestor in 1940. View more information about this image here.
Lloyd's information is in various forms and publications, compiled on a daily, weekly, quarterly or annual basis depending on the subject. It is useful for researching: