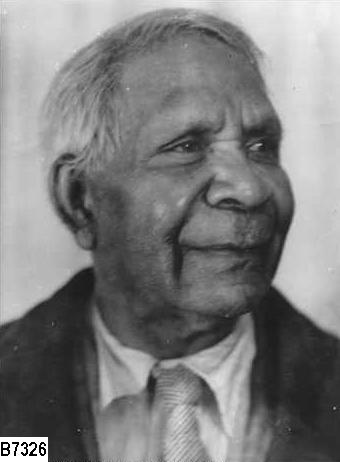 Unaipon grew up at Raukkan (then the Point McLeay Mission) on Lake Alexandrina, south east of Adelaide. His father was one of the first Aboriginal converts at the Point McLeay Mission, so Unaipon was educated at the mission school but he also learnt traditional stories and skills. From a young age Unaipon was a keen student, particularly interested in science, literature and music. He became an excellent organist. In 1885 Unaipon moved to Adelaide to be a servant in the household of a member of the Aborigines' Friends' Association. He returned to Point McLeay in 1890 and was apprenticed as a boot-maker. Frustrated by a lack of employment opportunities at the mission, Unaipon moved back to Adelaide where he worked for a boot-maker. By 1902 he was back at Point McLeay assisting with bookkeeping at the mission store.

Unaipon began to experiment with perpetual motion, ballistics and other areas of physics. In 1909 he patented a design for modified mechanical shears for sheep-shearing and between then and 1944 he lodged nine more applications for patents for other inventions. Many of his ideas and designs were ahead of their time, including the design of a helicopter based on the motion of a boomerang. Unaipon spent many years travelling around Australia addressing church congregations and lecturing on Aboriginal legends, customs and social conditions. He became a spokesperson for Aboriginal people and was able to influence government indigenous policies. In 1913 and 1926 he gave evidence to royal commissions into Aboriginal issues. Unaipon's compilations of Aboriginal legends, including his most well-known work Native legends, and his own poetry were published from the late 1920s.

In 1928 and '29 Unaipon assisted John Bleakley, Protector of Aborigines in Queensland, who was appointed by the Commonwealth government to report on the conditions in which the indigenous people of northern and central Australia were living. In 1934 he advocated for the Commonwealth government to assume responsibility for Aboriginal affairs and for the post of the South Australian Protector of Aborigines to be abolished and replaced with an independent board. Unaipon was awarded a Coronation medal in 1953 and in 1988 the national David Unaipon award for unpublished works by Aboriginal and Torres Strait Islander writers was established. Unaipon's portrait is on the Australian $50 note issued in 1995.

1928-1929: Assisted John Bleakley with his report on the conditions in which the indigenous population of northern and central Australia was living

1951: Published his autobiography, My life story

Because of his passion for inventing, Unaipon was dubbed 'Australia's Leonardo'.