In the years following World War One, Britain, France and other European powers had acquiesced to Germany's determination to reacquire territories lost under the terms of the Treaty of Versailles. However, in response to Germany's invasion of Poland, Britain and France declared war on Germany on 2 September 1939. As with the First World War, Australia entered the Second World War through its ties with Britain. Italy and Japan, both countries with expansionist policies (Italy in northern Africa and Japan in the Pacific), entered the war on Germany's side - Italy in 1940 and Japan in 1941. As a result, unlike the First World War in which the hostilities were primarily in Europe, far more countries where drawn into the Second World War and the conflicts involving Australian soldiers, sailors and airmen covered much of the globe.

Despite the greater numbers involved in the Second World War, Australian casualties were much lower than in earlier wars. In the war of 1939-45, 27,291 men and women were killed and approximately 40,000 were wounded. One of the largest categories of casualties was the prisoners of war. Between 1942 and 1945, 22,576 Australians were taken prisoner by the Japanese and only 14,256 survived the war. In the European sphere, of the 7,829 captured, 5,576 were alive when hostilities ended. 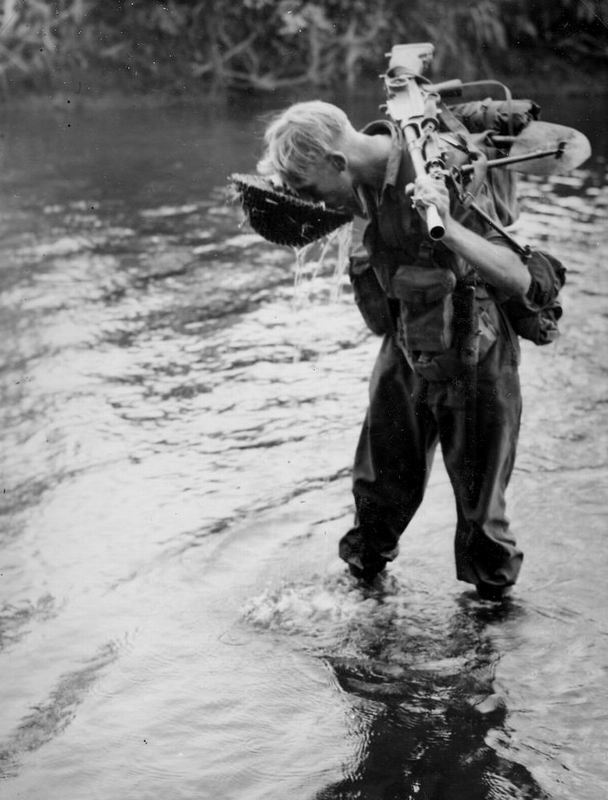 PRG 691/12/72
View more information about this image here.
You may order a high quality photographic copy.
No known Copyright restrictions - Conditions of use.