South Australians in the Maori Wars

As far as we know, there were no South Australian born participants in the Maori Wars. However. volunteers from the colonies of eastern Australia did.

Between 1845 and 1872 just over 2,500 Australian volunteers saw service in New Zealand. Though Australian born, troops all served in British regiments. The majority of these volunteers came from the colonies of New South Wales, Victoria and Tasmania.

The cause of all conflict between whites and the Maori people was land. The first conflict occurred in 1845 when Maori Chief Hone Heke attacked the settlement of Russell in the Bay of Islands on the North Island. British forces where sent from Auckland to defeat and capture Heke but the Maori chief and his warriors where skilled in the art of war and it took a local militia, troops rushed in from Australia and the diplomacy of the South Australian governor George Grey to force Hone Heke to sue for peace. This was considered the first Maori War.

By 1860 the grab for land again sparked conflict between whites and the Maoris, this time in the Waitara River area. The British with their 1000 troops soon found themselves facing some 20,000 skilled Maori warriors. Again the Australian colonies was asked for urgent assistance. The colonies rallied and sent troops. The colony of Victoria even sent its entire navy, which comprised the steam corvette HMVS Victoria. New South Wales also sent gun ships to support the troops. At the end of 1862 Governor George Grey again used his diplomatic skills to bring an end to the conflict.

Only a year later war broke out again, this time in the Waikato area. Again Australian troops came to the aid of local British forces.

Soon after the Waikato war the New Zealand Government decided to form a more permanent force and actively recruited troops from among the Australian colonies. They were offered land in exchange for service in the armed forces. Some 3600 Australians took up the offer. They were formed into the Waikato regiments.

You can read historical newspaper articles from across Australia published at the time of the Maori Wars. 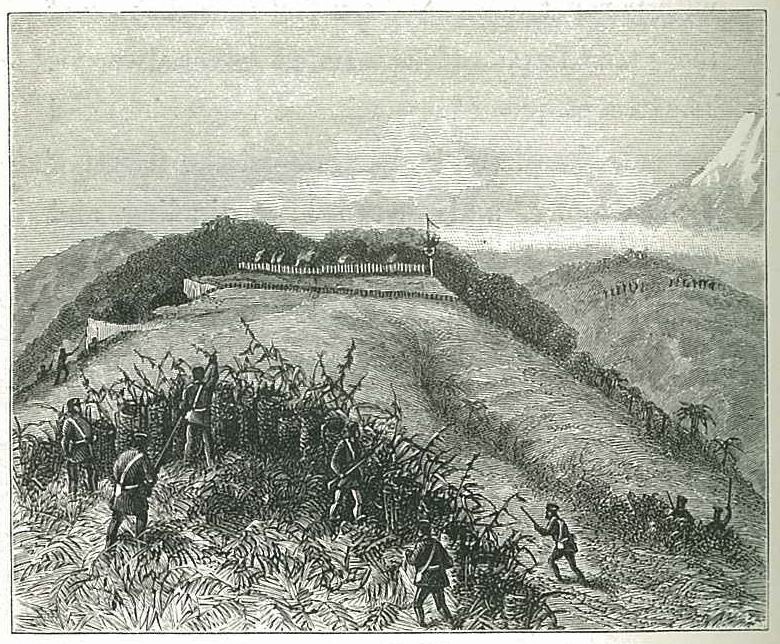