Photographs in the State Library of South Australia

Finding a person in SLSA resources 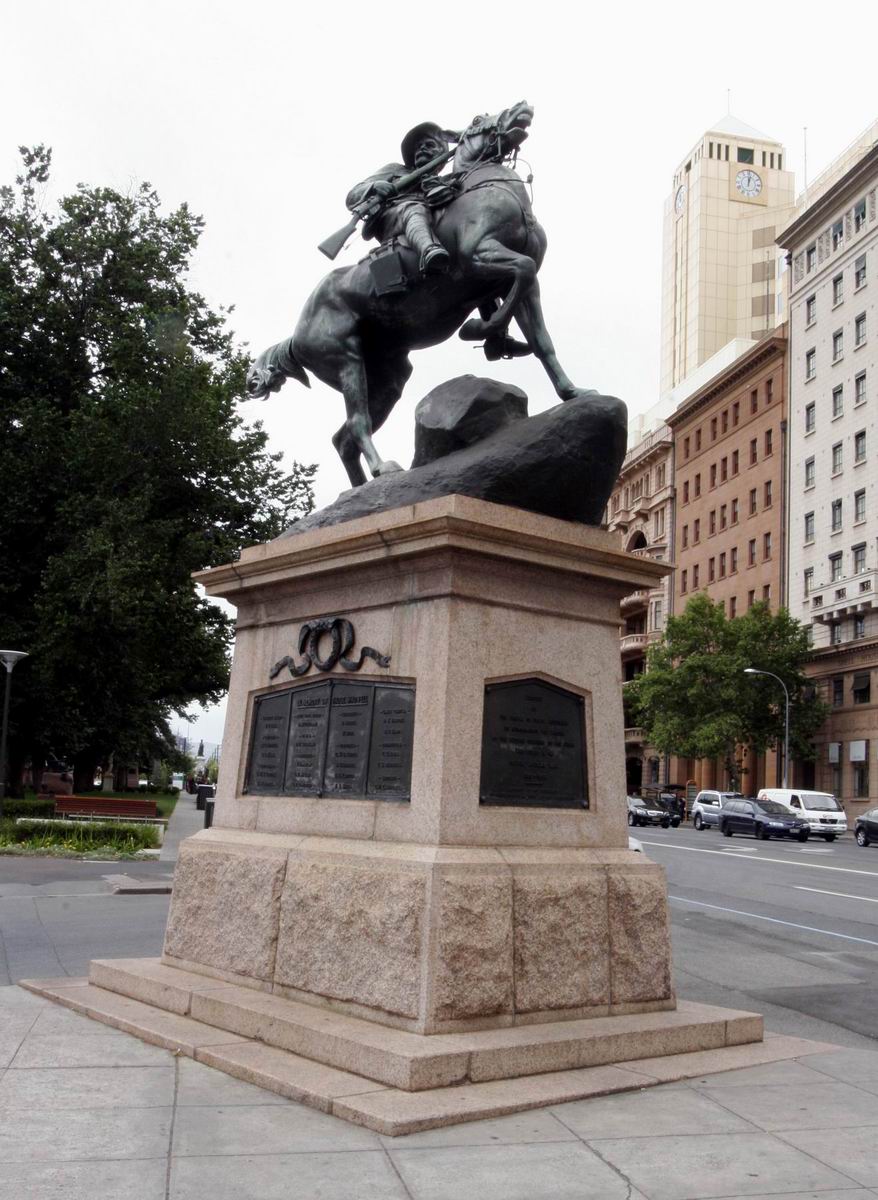 The South African War Memorial located on the corner of North Terrace and King William Street, Adelaide. The Memorial was unveiled on June 6th 1904.

From soon after its acquisition by Britain during the Napoleonic wars, the southern tip of Africa had been shared between British colonies and independent republics of Dutch–Afrikaner settlers, known as Boers. In order to escape British rule many Boers had moved north and east from the Cape to settle on new lands which eventually became the Boer republics of the Orange Free State and the Transvaal. The relationship between the British and the Boers was an uneasy one, with Britain extending its control by annexing Natal in 1845.  London did recognise the two republics in two treaties in the 1850s, however, throughout the nineteenth century tensions were often high, and in 1880–81 the two sides fought a war in which the Boers inflicted several costly defeats on the British army. With the advent of a new government in London who were reluctant to go to war, the Transvaal was able to maintain its independence.

The discovery of gold and diamonds in the Boer republics in the 1880s further intensified the rivalry, particularly as British subjects flooded into the Boer territories in search of wealth. The rights of British subjects in Boer territory, British imperial ambition, and the Boer desire to stay outside the British Empire all caused more friction, which in 1899 provoked the Boers to attack, in order to forestall what they saw as an impending British conquest.

Ten contingents departed from the Colony and State with the last being Commonwealth forces raised in South Australia.

The military supplied six contingents, a total of 1430 men—all volunteers.

Approximately 16,000 Australians took part in the Boer War.  With many Australians joining either South African or British units this number is not exact.  There is proof that a small number of Australians even fought on the side of the Boers.  Of those who joined up in Australia 282 where killed in action or died of wounds; 286 died of disease and 38 where killed in accidents or other causes.  There where six Australians awarded the Victoria Cross.

Veterans of this war were included in ANZAC day marches.

Australians at War "We're on a long trek now" Part 1

View this six part documentary online. Part 1 is below- you can access the other 5 parts by searching for "Australians at War "We're on a long trek now" on YouTube.

Andrew Barton "Banjo" Paterson's links with The Bulletin prompted the Sydney Morning Herald and The Argus to send him as a war correspondent to the Boer War in South Africa in 1900 and 1901. His vivid and exciting reports were well received.

A compilation of "Banjo" Paterson's reports have been compiled and re-published in From the front : being the observations of Mr. A.B. (Banjo) Paterson, special war correspondent in South Africa, November 1899 to July 1900, for the Argus, the Sydney Mail, the Sydney Morning Herald / edited by R. W. F. Droogleever, this makes for interesting reading.

Harry 'Breaker' Harbord Morant also known as Edwin Henry Murrant (9 December 1864 – 27 February 1902) was an Australian drover, horseman, poet, soldier and convicted war criminal whose skill with horses earned him the nickname "The Breaker". The bulk of his published work appeared in The Bulletin magazine.

Born in England and arriving in Queensland in 1883 Morant soon made a name for himself as a horseman and brawler.  On the 13 March 1884 he married Miss Daisy May O'Dwyer, later to become Daisy Bates.  The marriage didn't last and Morant spent to next 15 years droving, breaking horses and drinking.  At the outbreak of the South African War Morant was working in Renmark, South Australia and headed for Adelaide to enlist.  He joined the Second Contingent of the South Australian Mounted Rifles.  At the completion of his training he was promoted to Lance Corporal.

During his service in the Boer War, Morant participated in the summary execution of several Boer (Afrikaner) prisoners and a German missionary, Daniel Heese, who had been a witness to the shootings. His actions led to his controversial court-martial for murder; his death warrant was personally signed by the British commander in South Africa, Lord Kitchener, although Lord Kitchener subsequently denied the issuance of it. Morant was executed for murder by a contingent of Cameron Highlanders (a regiment of the British Army) in Pretoria gaol (South Africa) on 27 February 1902.

In the century since his death, Morant has become a folk hero to some in Australia. His story has been the subject of several books, a stage play, and a major Australian feature film.

The National Archives of Australia hold service records of Australians who served, as well as other material pertaining to Australia's involvement in the Boer War.

The Australian War Memorial has a comprehensive guide to military units who served as well as a Roll of Honour and nominal roll.

You can read historical newspaper articles from across Australia published at the time of the South African War (Boer War). 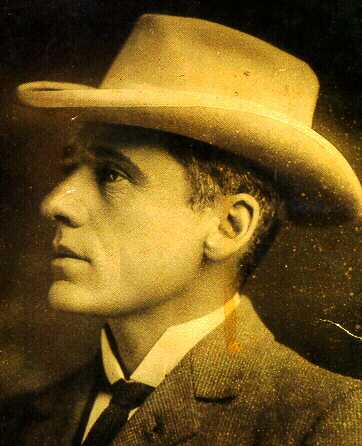 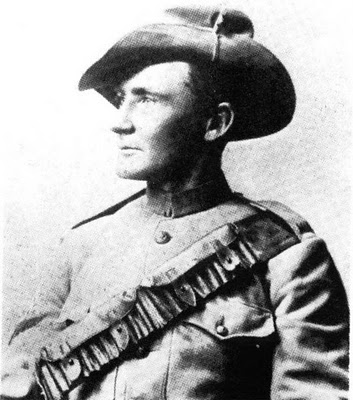