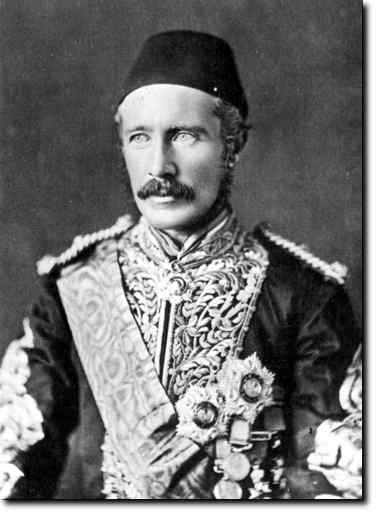 You can read historical newspaper articles from across Australia published at the time of the Sudan War.

In the early 1880s a British backed Egyptian regime in the Sudan was threatened by a rebellion lead by religious leader Muhammad Ahmad bin Abd Allah, who had proclaimed himself the "Mahdi" of Islam.  In 1883 an Egyptian armed force was sent south the stamp out the revolt.  However the Egyptian forces was quickly defeated.  The Egyptians where then faced with the problem of trying to rescue survivors while still having to cope with the revolt.  The British was persuaded to send famed and popular General Charles Gordon to try and rescue the situation.  However he soon found himself besieged in Khartoum.  The British public demanded that reinforcements be sent to his rescue.  This force left from Cairo in September 1884 and was still fighting its way up the Nile when in January 1885 news arrived that General Gordon had been killed.

News of his death spread quickly across Britain and her colonies.  The Canadian government offered troops as did the colonies of Australia.  However only the contingent from New South Wales was accepted, as they offered to cover all the contingent's expenses.

The contingent, an infantry battalion of 522 men and 24 officers and an artillery battery of 212 men, set sail from Sydney on the 3 March 1885. On arrival at Sudan's Red Sea Port, on the 29 March 1885, they were attached to a British brigade comprising approximately 10,000 men.

The Australians saw little action.  Their roles being mainly that of peace keeper and guard. Not having participated in any battles, Australian casualties were few: those who died fell to disease rather than enemy action. By May 1885 the British government had decided to abandon the campaign and left only a garrison in Suakin. The Australian contingent sailed for home on 17 May 1885.

To view photographs and learn more about the conflict and the New South Wales contingent click here.

South Australians in the Sudan

As far as we know, there were no South Australian born participants in the conflict in Sudan. However, there were Australians who participated. The Library holds some relevant resources.