In 1834, the South Australian Colonisation Act was passed in the United Kingdom, leading to the British colonisation of land that is now the state of South Australia. The 1834 Act empowered the King to establish South Australia as a British Province, initially as a commercial and administrative partnership between the British government and the SA Colonization Commission. The Province was to be designed for migrants, not convicts and was to be funded by the sale of land to the wealthy and to investors. This money in turn would partially fund the transport of labourers and other workers to the colony. The South Australia Act of 1842 repealed the earlier Act, and made South Australia an official British Crown Colony.

The South Australian Company, formed in London in 1835, made a significant contribution to the foundation and settlement of South Australia. It was founded by George Fife Angas and other wealthy British merchants. Its immediate purpose was to encourage the purchase, in advance, of land in the planned colony. The company continued until 1949 and contributed various infrastructure as well as establishing the Bank of South Australia.

The library holds the original business records of the South Australian Company in the archival collection. The library purchased the 1836 original Deed of Settlement and various copies of the Deed, which established the Company and South Australia. The Deed of Settlement has been digitised and can be viewed online. In 2004 the Deed was accepted for inclusion in the UNESCO Australian Memory of the World register.

The State Library also has a number of indexes to newspapers. These can help find the particular issue of a newspaper which reports an event. See the Newspaper Collection guide for more details.

For newspaper titles not available on Trove check the State Library catalogue. Some suggested newspaper articles are listed below.

3 February 1838, p.2 col. D - p.3 cols. A-C. ‘To the editors of the South Australian Gazette.’ Complaining of the attitude adopted towards the Company by the Gazette; and editor's reply.

17 March 1838, p.3 col. A. 'The Lady Mary Pelham.' Fatalities attending the vessels belonging to the Company.

29 December 1838, p. 3 col. A. ‘To the editors of the South Australian Gazette.’ Letter to the editor and editor's reply: bad feelings caused by the Company bidding against the colonists at auction sales; commercial department of the Company to be closed.

27 June 1840, p.5 col. B. 'Management of the South Australian Company.' Negotiations with Captain Sturt have been suspended for the present.

6 September 1894, p.7 cols. A-F. 'The South Australian Company: Its relation to the colony.' Lecture by the Chairman of Directors.

29 September 1838, p.3 col. C. 'Abuse of the Company's officers by the Gazette.' “We always considered that to be abused by that paper was an honour.”

Capper, Henry. South Australia: containing hints to emigrants, proceedings of the South Australian Company, a variety of useful and authentic information, a map of the eastern coast of Gulf St. Vincent and a plan of Adelaide. Hampstead Gardens, S.A.: Austaprint, 1975?

Capper, Henry. South Australia: containing hints to emigrants, proceedings of the South Australian Company, a variety of useful and authentic information, a map of the eastern coast of Gulf St. Vincent, and a plan of Adelaide. 2nd ed., considerably augmented. London: Robert Tyas, 1838.

McLaren, David. South Australia: to the editor of the Sydney Herald: information relative to the Colonization Commissioners and the South Australian Company. Sydney: Kemp and Fairfax, Ptrs., 'Herald' Office, 1841.

South Australia: facts illustrative of its state and prospects, submitted to the consideration of the public generally, and of capitalists, farmers, and intending emigrants particularly. Southwark London, England: J. W. Maddox, 1842.

Stephens, John. The land of promise : being an authentic and impartial history of the rise and progress of the new British province of South Australia: including particulars descriptive of its soil, climate, natural productions, &c., and proofs of its superiority to all other British colonies : embracing also a full account of the South Australian Company ... by one who is going. London: Smith, Elder, and Co., 1839. 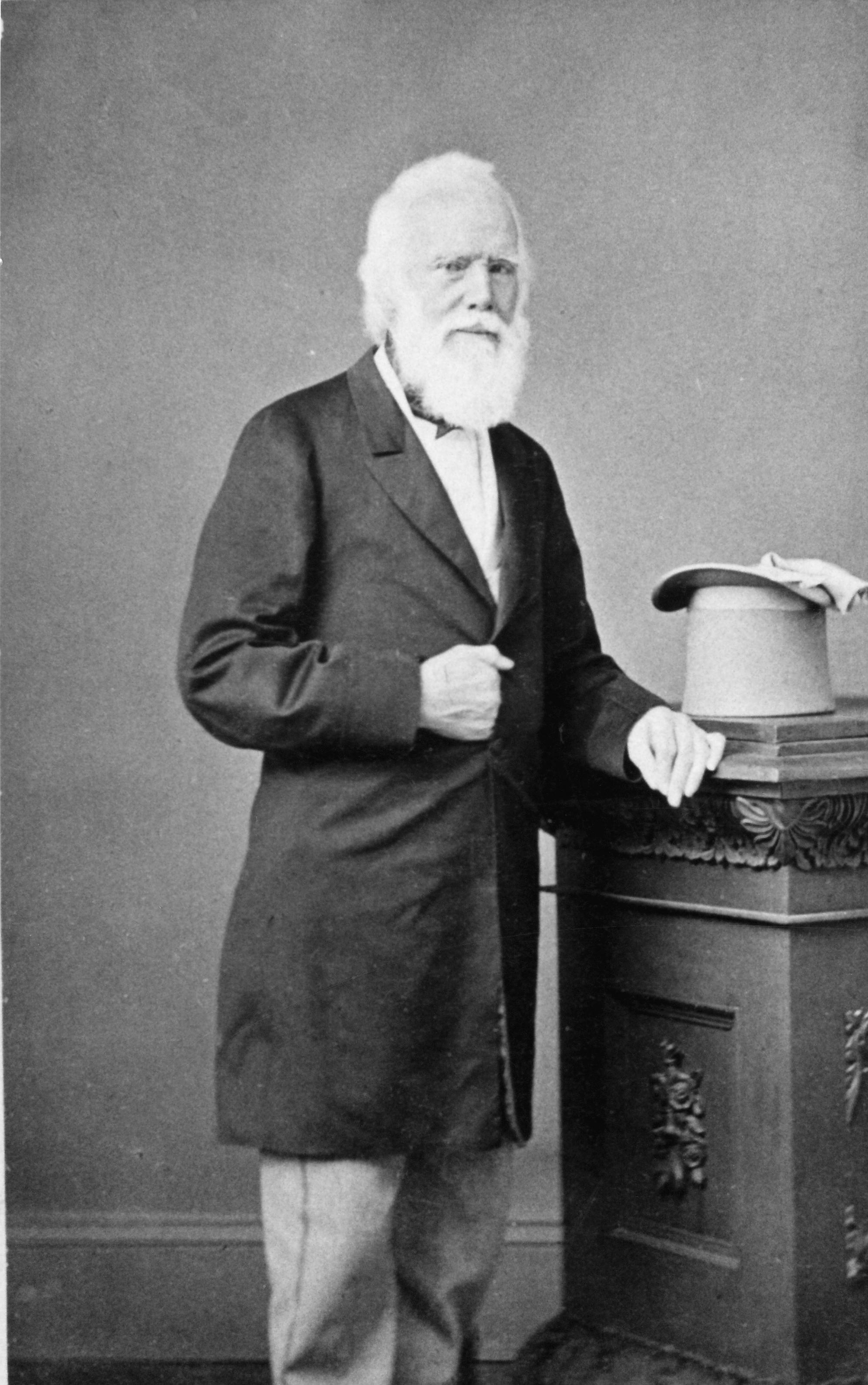 The Australian Dictionary of Biography is an excellent resource for finding information on prominent Australians. Some of the men who were involved with the South Australian Company and who are included in the Dictionary are George Fife Angus, William Giles, David McLaren and Samuel Stephens.

The State Library catalogue contains online images of people in the company. Search by keyword or subject.

The catalogue also has online images of buildings and places associated with the Company, such as the Company's first office in Kingscote, Kangaroo Island (not much more than a wooden hut) and later, the offices on North Terrace. To find images search on words such as south australian company and limit the search to pictorial.

For further background reading on the establishment of the company see the State Library's entry on SA Memory: History of the South Australian Company.

Diaries of Charles W. Stuart  Diaries kept during his voyage out to Australia, including his trip to South Australia on the 'True love' from the eastern colonies, and while manager of stock for the South Australian Company. 1833-1843. D 6872(L)

Correspondence and papers concerning early shipping in South Australia. 1963-1966. Includes lists of officers and seamen engaged on the 'Lady Mary Pelham', the 'Sarah and Elizabeth', the 'Guiana', the 'John Pirie' and the 'South Australian' showing commencement of engagement, name, advances, function, period of engagement, remuneration and remarks; has an appendix which is a 'List of servants engaged by the South Australian Company to serve in the colony between December 1835 and.'.. PRG 368/15