The cry of "gold" sparked a rush to the latest find whether it was in California, Australia or the Yukon. Fortunes were made and lost, but for most people there was only hard labour and a gradually diminishing hope for a "big find". Tent cities sprawled around the diggings and later many gracious buildings would rise above the gold fields, like the Phoenix from its ashes.

In Peter Parleys Annual for 1853, the author describes the differences between the gold fields in various diggings around the world, the size of some of the individual nuggets and the vast amounts of precious metal which were shipped back to England. Parley concludes his essay with the story of his young friend Henry, and exhorts his readers to be wary of a precipitous dash to the diggings for "all is not gold that glitters".

The discovery of gold in Australia not only led to tales of adventure in children’s books but also provided the inspiration for board games and non fiction illustrating life on the gold fields. The History of a Golden Sovereign (below) by William Newman published in London by Griffith & Farran in 1863 shows the stages involved in producing 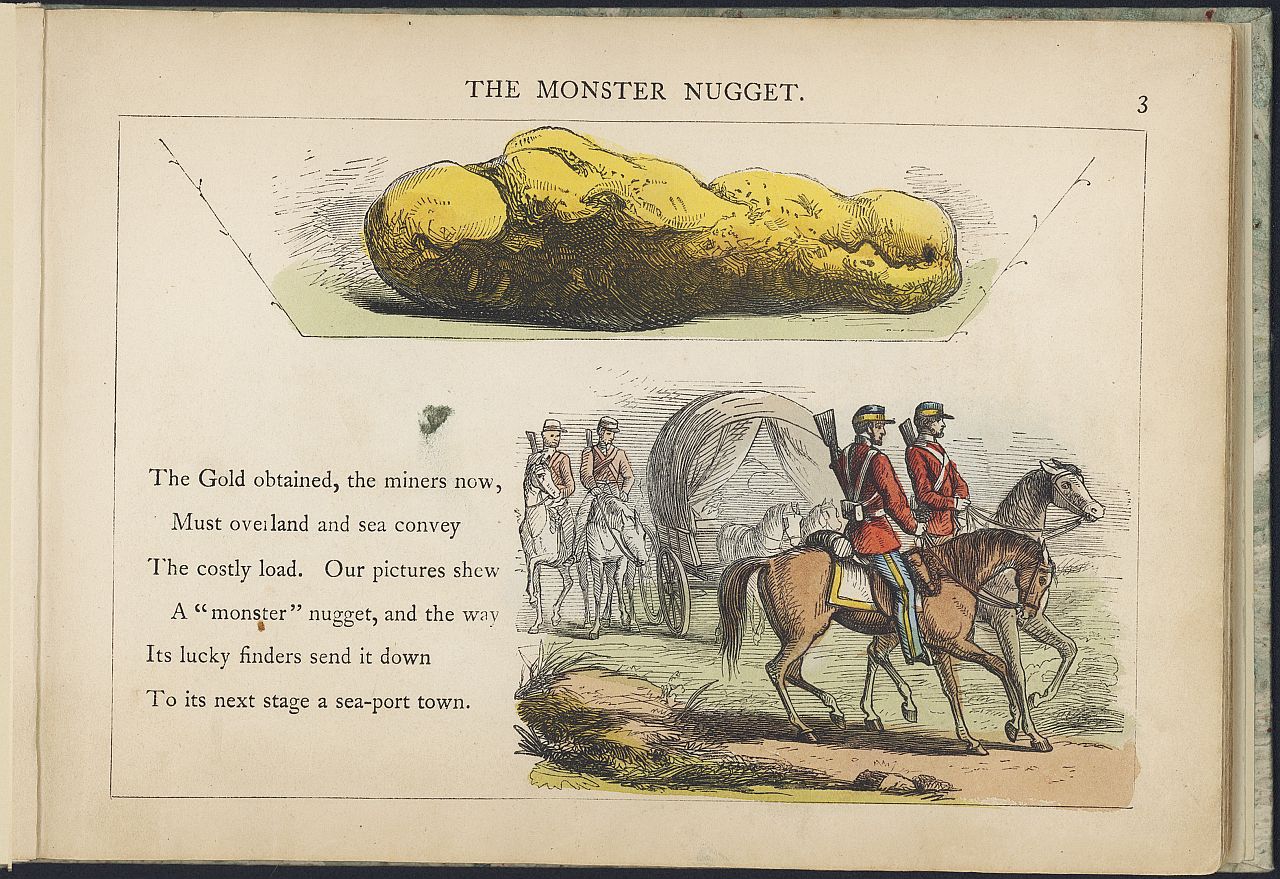 money, from panning for gold to coining the golden sovereign. The account is told in rhyme and seen through detailed hand-coloured illustrations. This is one of a series on the making of everyday products for young children that appeared as dissected puzzles as well as in book form.

The History of a Gold Sovereign (page 3). Copies of this image may be used for private research/study. You may order a high quality photographic copy. Any other use requires permission from the State Library of South Australia.

Another contrast to Race to the Gold Diggings of Australia, a race game from Plymouth to Port Philip where the traveller finds huge nuggets of gold just over the sand dunes close to the ship, is Gold Fields of Australia (below) published by Darton & Co. in London around 1856. This game consists of a series of scenes showing the hard work required to find gold.  Unfortunately, the State Library of South Australia does not have the rule book for this 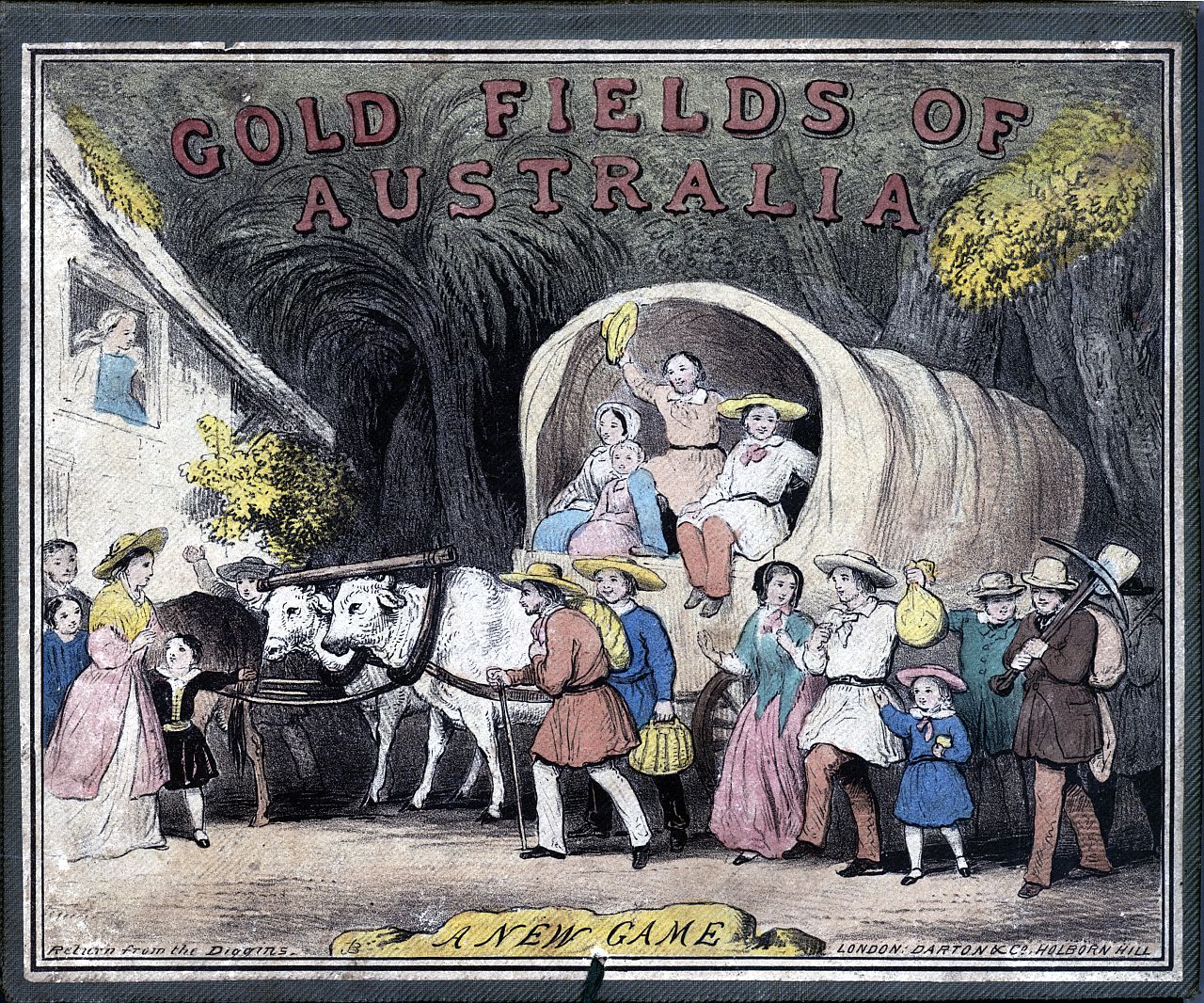 game. Should any kind member of the public, who owns or can provide information as to the whereabouts of a copy of this, please contact the State Library.


Gold Fields of Australia. Copies of this image may be used for private research/study. You may order a high quality photographic copy. Any other use requires permission from the State Library of South Australia.