In the late 1960s a gift of 200 books and 50 games owned by the nine children of Mary and William Gilbert was donated to the Collection. William's father, Joseph, had arrived in South Australia in 1839 and settled at Pewsey Vale, where he became established as a pastoralist and vigneron.  The Gilberts of Pewsey Vale, a pamphlet produced by the Pioneers' Association of SA, contains more detail on the Gilbert Family history. 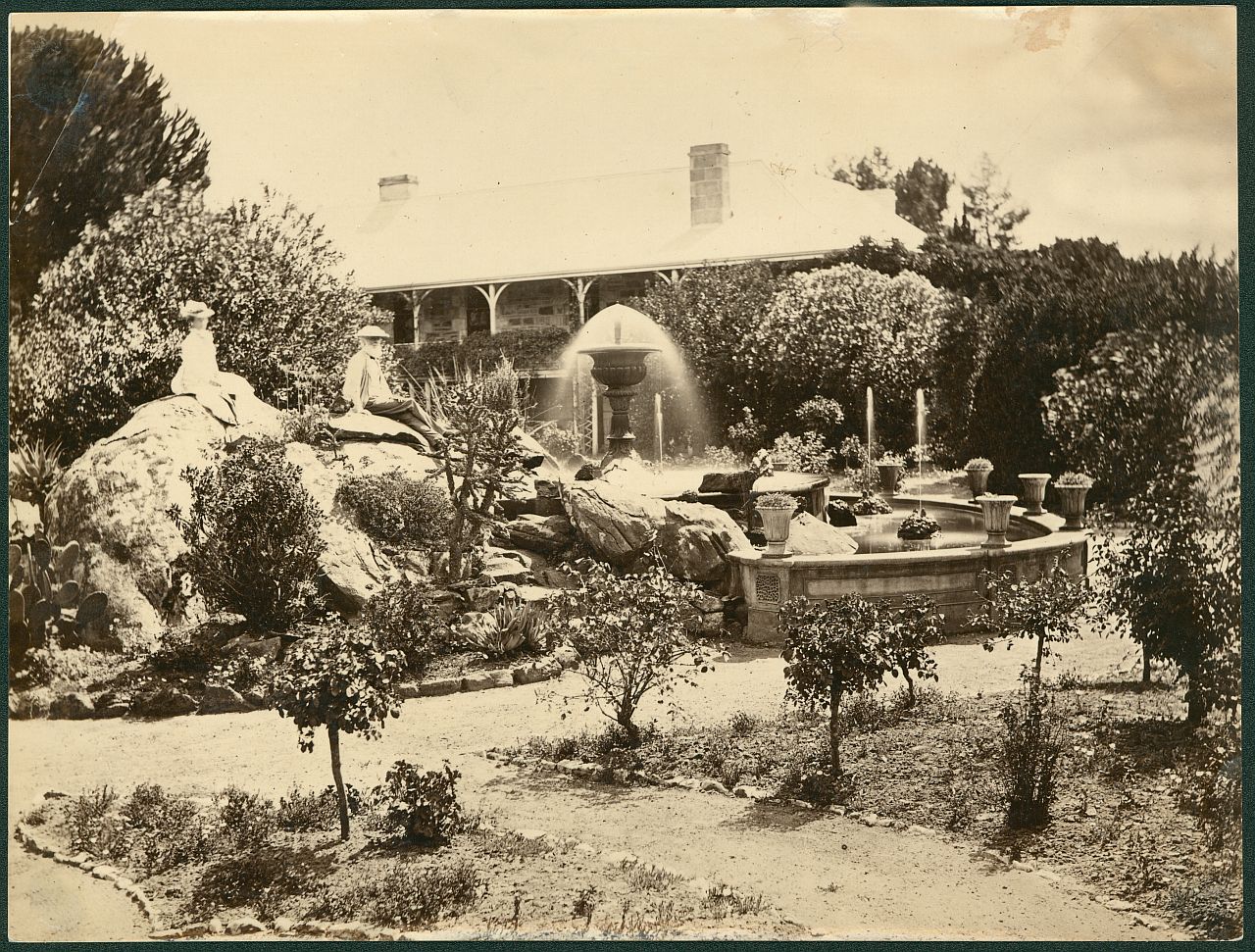 Copies of this image may be used for private research/study. You may order a high quality photographic copy. Any other use requires permission from the State Library of South Australia.

The books, dissected puzzles, cards, table games and magic tricks are fine examples of the varied forms of children's entertainment in the 1880s and 1890s. Many of the books and games were designed to instruct as well as to entertain, and were sent out from England by the children's aunts, who were interested in the kindergarten system of learning through play. Card games, for example, taught religion, history and geography. These pieces have been integrated into the remainder of the CLRC Collection.

In her unpublished account of life at Pewsey Vale, Miss Dorothy Gilbert wrote about some of the card games she remembered. These included The Counties of England, Anno Mundi A Scripture Recreation for the Young and The Kings and Queens of England, published by Jaques & Son, Hatton Garden, London.

We also had a tremendous variety of the Happy Family type of game - the countries of Europe, fascinating flag cards with the country's principal towns and cards for each town pictured, the counties of England and their county towns, similarly illustrated, the Kings of England and the principal events of their reigns. The cards were all dealt out, and the one on the left of the dealer started. If he or she had a key card in hand they usually started to ask for those listed, you could only ask for a special card if you already had one of the "family" in your hand, or a key card. If you were lucky and got a card first try you went on asking till you drew a blank, then the turn passed to the one who couldn't supply your request. Gradually as cards passed backwards and forwards the players all round the table got wise as to who had the long tricks. Italy, Austria and Russia were the most valuable of all, they had so many towns to their credit and it was so hard to remember whether Fiesoli counted as Italy or Austria, or Warsaw as Russia or Germany.

We all played together in the day nursery on wet days with endless toys, puzzles, brick building, mechanical toys we were allowed to wind up ourselves...The children played games of every description, graduating through Beggar My Neighbour and Old Maid, to Hearts and Whist and Bezique...They sang songs and nursery rhymes with mother or governess at the piano; and on Sundays there were very special Bible games and stories and hymns...On other evenings Father played one of us Draughts, Back-gammon or Halma. He was usually there most of the time reading, against a background of noise. 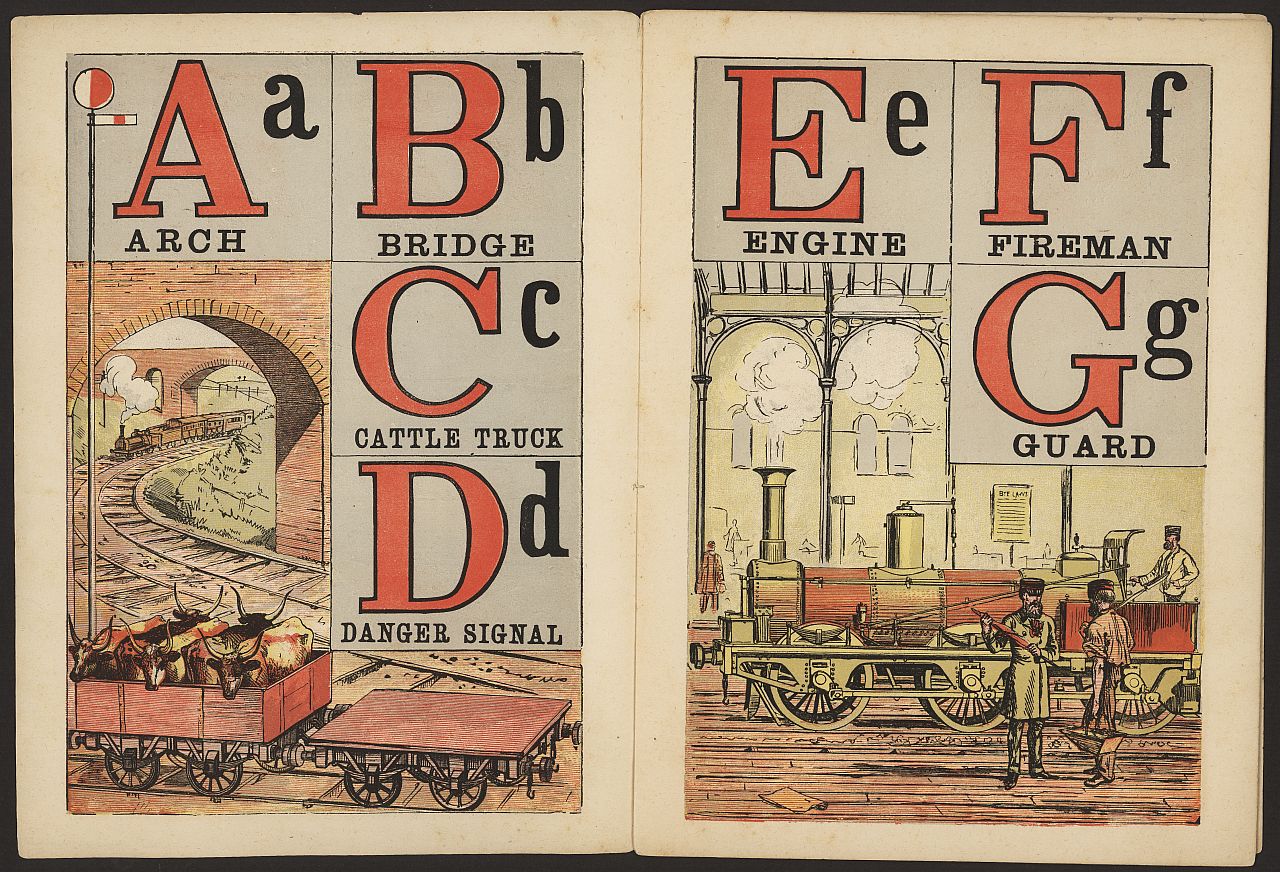 The railroad alphabet used by the Gilbert Family children.

Copies of this image may be used for private research/study. You may order a high quality photographic copy. Any other use requires permission from the State Library of South Australia.

The SA Memory and Treasures Wall websites display many digital images of items from this collection under the theme To be a CHILD, notably Fishponds Game, Wooden skittles, and Henry Gilbert's collection of bird eggs.