During the 1980s the State Library's Children's Literature Research Collection received a wide variety of notable books, toys and games [1850-1910] from the Lucy family who lived at 'Alderley' [renamed 'Stonehenge'], Modbury, from 1873 until 1938. Mrs Peggy Craton, Chief Librarian, Murray Bridge Public Library, encouraged this gift by the members of her family so that their heritage would be preserved for future generations of South Australians.The Lucy Collection has been donated by Miss Ethel Lucy, Mr W. Everard Lucy, Mrs Ivy Nelson, Mrs Ida Stocker, and Mrs Kath Ireland. It currently comprises one hundred books and sixty toys and games. These pieces have been integrated into the remainder of the CLRC Collection.

Many of the books and games were owned by William Everard Lucy [1860-1939] as a child. His collection strongly reflects his youthful interest in puzzles and tricks of all kind,  such as this item which belonged to the Lucy Family: 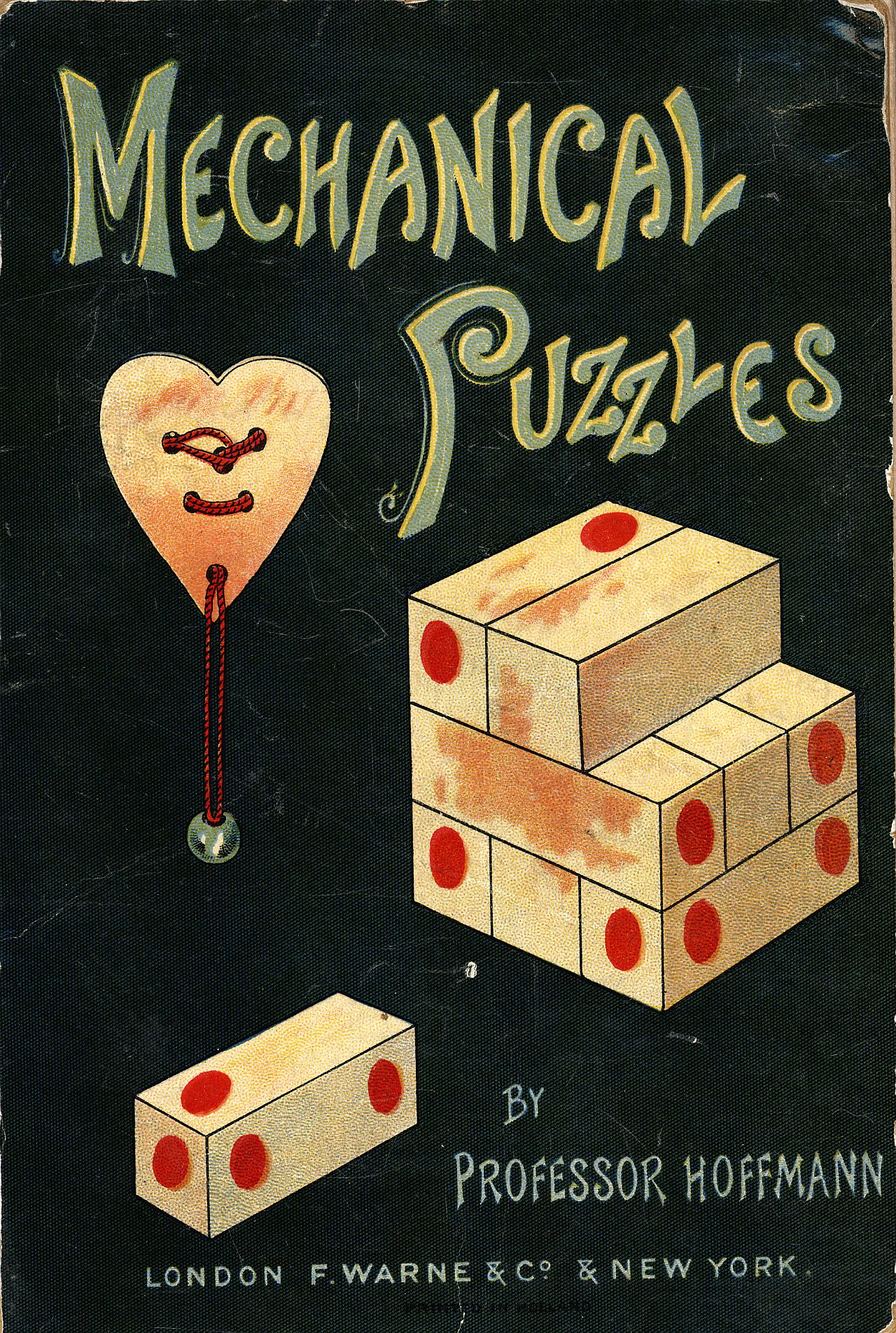 Mechanical Puzzles, Professor Hoffman [1896]. Copies of this image may be used for private research/study. You may order a high quality photographic copy. Any other use requires permission from the State Library of South Australia.

William's grandparents kept a school at Wotton-Under-Edge, Gloucestershire. It is hardly surprising, therefore, 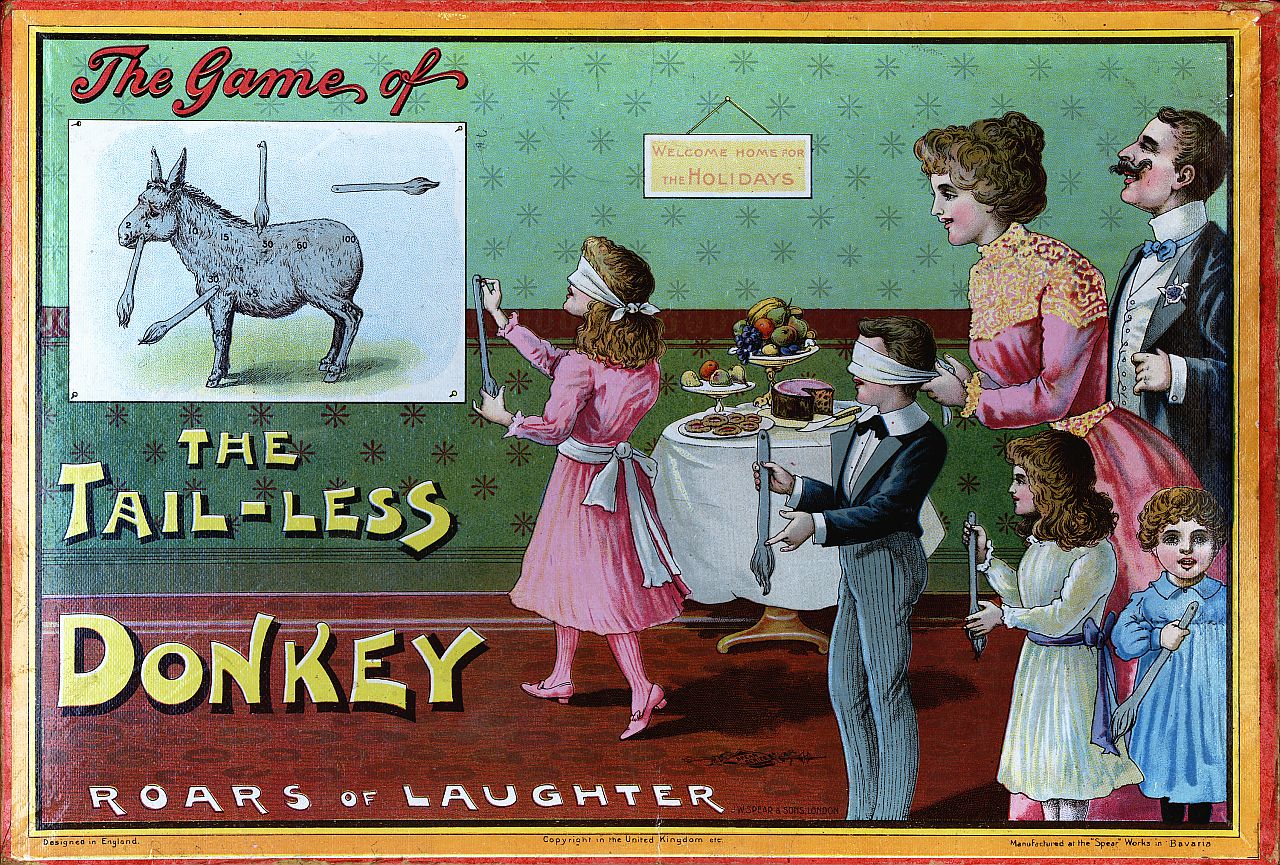 that Ralph's young family received parcels of books from his mother in England. In 1857 Ralph and his wife, Eliza, wrote to his mother thanking her for the books and pictures she had sent Alfred Everard Lucy [1854-1927], William's older brother.

The books Alfred was quite delighted with "the house that Jack built" pleased him much but we think "the little old woman" took his fancy most he seemed to think it funny that she should have to take physic: "the Illustrated Alphabet" is still in good preservation though he uses it every day having learnt all his letters but six from it. Should you meet with any Nursery Rhymes will you please copy them however trifling as we should be glad of them.

The game of the Tail-Less Donkey used by the Lucy family [188-].  Copies of this image may be used for private research/study. You may order a high quality photographic copy. Any other use requires permission from the State Library of South Australia.

We lived far away from any shops and as it took several hours to get to Adelaide by horse and sulky we rarely went there, but sometimes Father brought home as a treat a mechanical toy or a special game. We could read only when the jobs were completed and we had washed our hands - but not on Sundays. The mechanical toys were brought out on very special occasions and used under the strictest supervision. 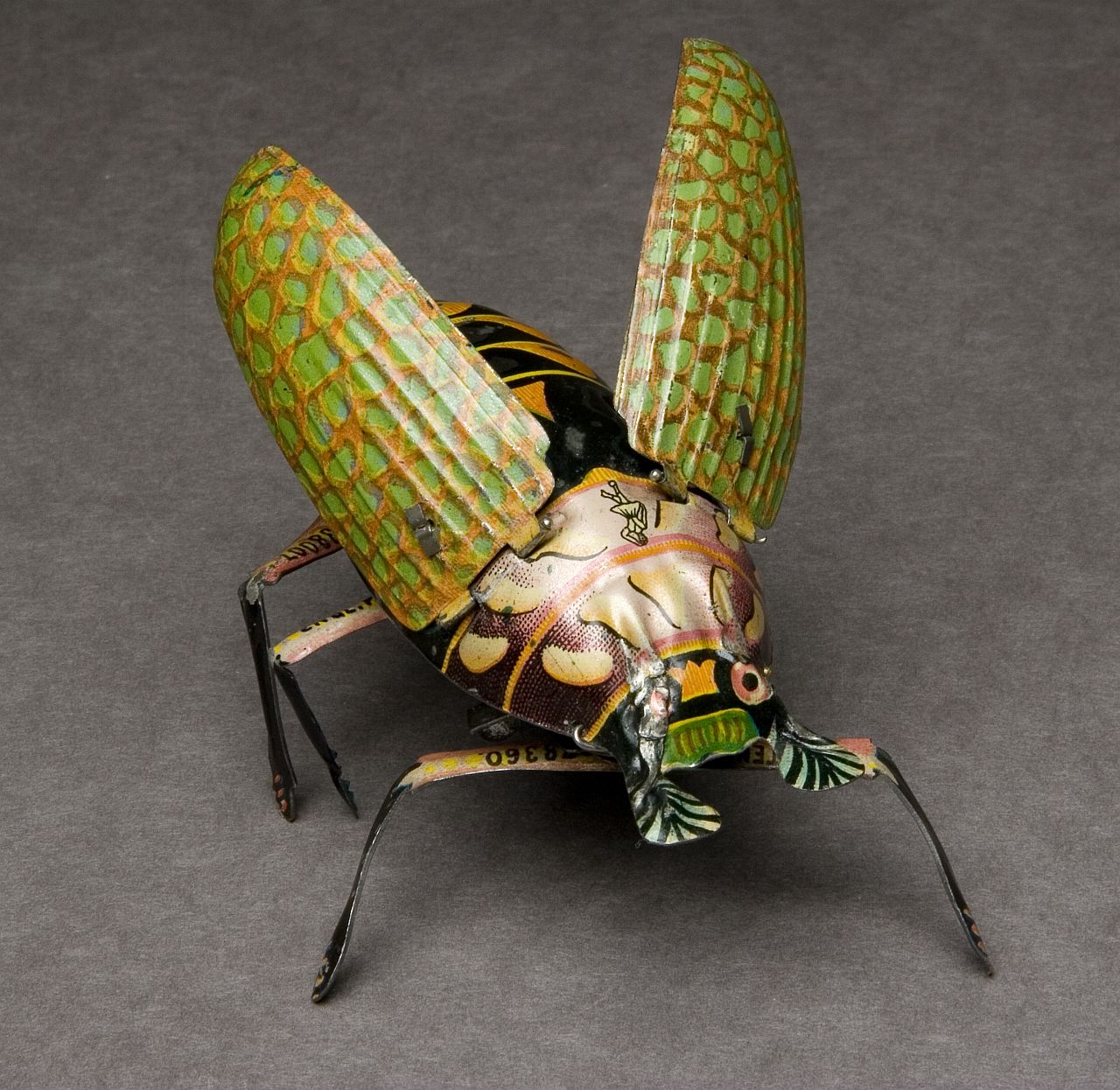 As a consequence of this careful handling the wind-up toys and other games are beautifully preserved. For example the clockwork beetle which was made in Germany c.1895 is still in its original box. When wound it bears an uncanny resemblance to real life as it jerkily, but purposefully perambulates along, flapping its wings to the whirring accompaniment of its clockwork interior.

The clockwork crocodile has become a YouTube sensation  and a clip of the clockwork seal, which makes sweeping arcs as it turns and glides, is coming soon. These and other toys in the Collection are fine examples of German workmanship of the 1890s. Similarly, many of the children's books were produced by leading publishers of the day, such as Ernest Nister and Raphael Tuck.

For further information see Bayfield, Juliana. The Lucy Collection children's books and games of the nineteenth century, [Adelaide: The Library], 1984 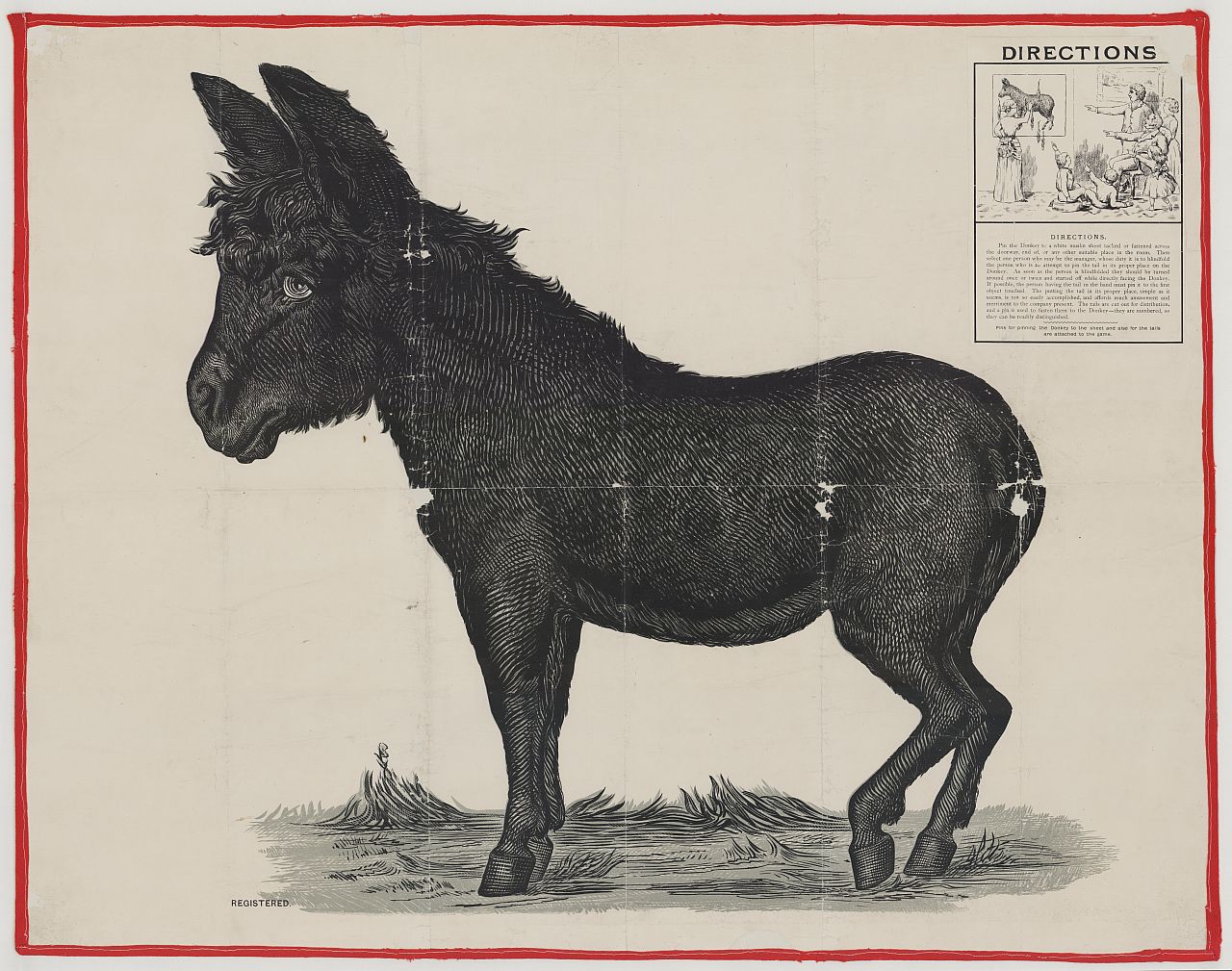 The game of the Tail-Less Donkey used by the Lucy family [188-].  Copies of this image may
be used for private research/study. You may order a high quality photographic copy.
Any other use requires permission from the State Library of South Australia.