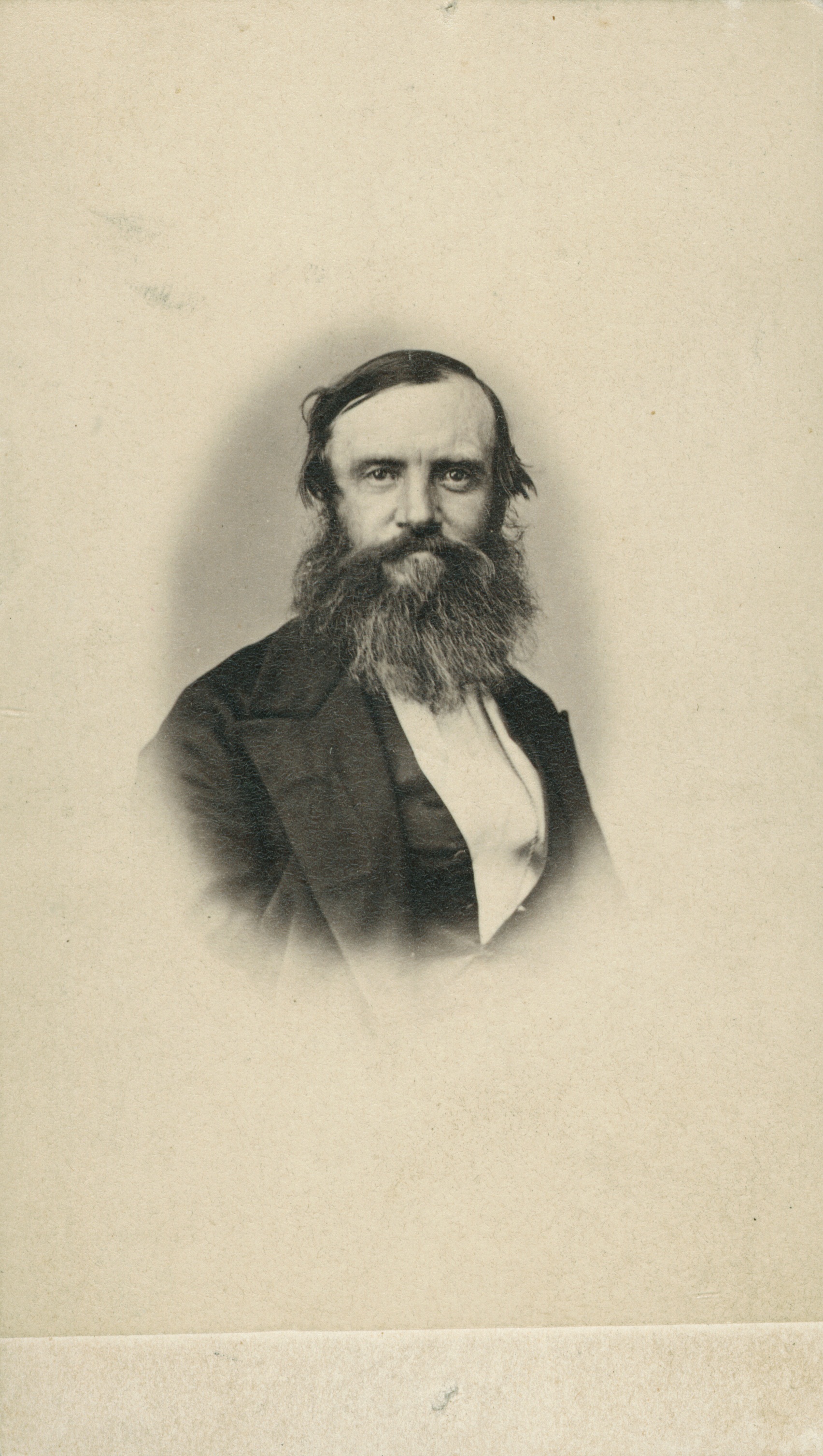 B 501
View more information about this image here.
You may order a high quality photographic copy.
No known copyright restrictions - Conditions of use.

John McDouall Stuart is arguably South Australia's perhaps Australia's greatest explorer. Between 1958-1862 he led six expeditions culminating in the successful crossing of Australia from south to north, through the centre of the continent. He reached the north coast of Australia at Van Diemen's Gulf 24 July 1862, and returned safely to Adelaide 17 December 1862. He pioneered the route that would subsequently be used for the building of the Overland Telegraph Line.

Stuart arrived in South Australia in 1838. Trained as an engineer and surveyor he found work with the Survey Department. In 1844 he joined Charles Sturt's Central Australia expedition as draughtsman and surveyor. Stuart keenly admired Sturt's leadership and after the death of the second-in-command James Poole, was promoted by Sturt. Following the expedition, with his earnings, Stuart established himself as a private surveyor, working largely on Eyre Peninsula. Here he met William Finke who would in turn introduce him to the Chambers' brothers. These three men would befriend and sponsor Stuart on all of his expeditions.