Books about his companions

John McDouall Stuart called his men, his companions. Over his six expeditions there were 33 of them.

Of Kekwick who had served with Stuart from his third expedition until the end, Stuart wrote: 'To Mr. Kekwick I am deeply indebted whom I appointed as Second in Command this being the fourth journey he has been out with me and the second as Chief Officer. Whom I have cause to mention in my former journal in the highest terms of commendation which his excellent conduct throughout so fully merited and on this occasion he still retains the same high place in my estimation.' Kekwick Ponds in the Northern Territory was named after him by Stuart.

Francis Thring (24 years 5 months) was also serving with Stuart for the second time having been out with him on the fifth expedition. Of him Stuart wrote: 'I am also indebted for his attention to the duties entrusted to his care ...this is the second journey that he has been out with me, and on both occasions has earned for himself the character of being the best bushman--he has ever been attentive and zealous for the welfare of the expedition and is also worthy of the highest commendation.' There are several creeks in the Northern Territory named for him.

Stuart referred to the 'most deserving and praiseworthy conduct of Mr. Stephen King throughout the journey... ever attentive and zealous to perform the duties entrusted to his care...'

John Billiatt was also singled out by Stuart for high praise. This young man had trailed the expedition north when it set out from Adelaide, and had been a late inclusion when Jeffries was dismissed. His care of Stuart on the return journey when the leader was gravely incapacitated was exemplary.

All of Stuart's men were highly commended by him, and they were rewarded with their names assigned to many natural features along the route north to the coast. Stuart's commendation of his men resulted in financial reward for them as in addition to their wages (one pound a week, with the blacksmith McGorrerey receiving double that) the government gave them a bonus: 500 pounds to Kekwick, Thring and Auld 200 pounds each, each of the others 100 pounds. Initially Waterhouse was not granted a reward as he had received a salary of 400 pounds a year for the duration of the expedition. However the parliament decided after discussion to give him a 100 pounds reward as well.

South Australian Register Thursday 12 March 1863 p. 2: Reward to Stuart. Includes the discussion in parliament regarding the rewards which were also to be paid to his companions. 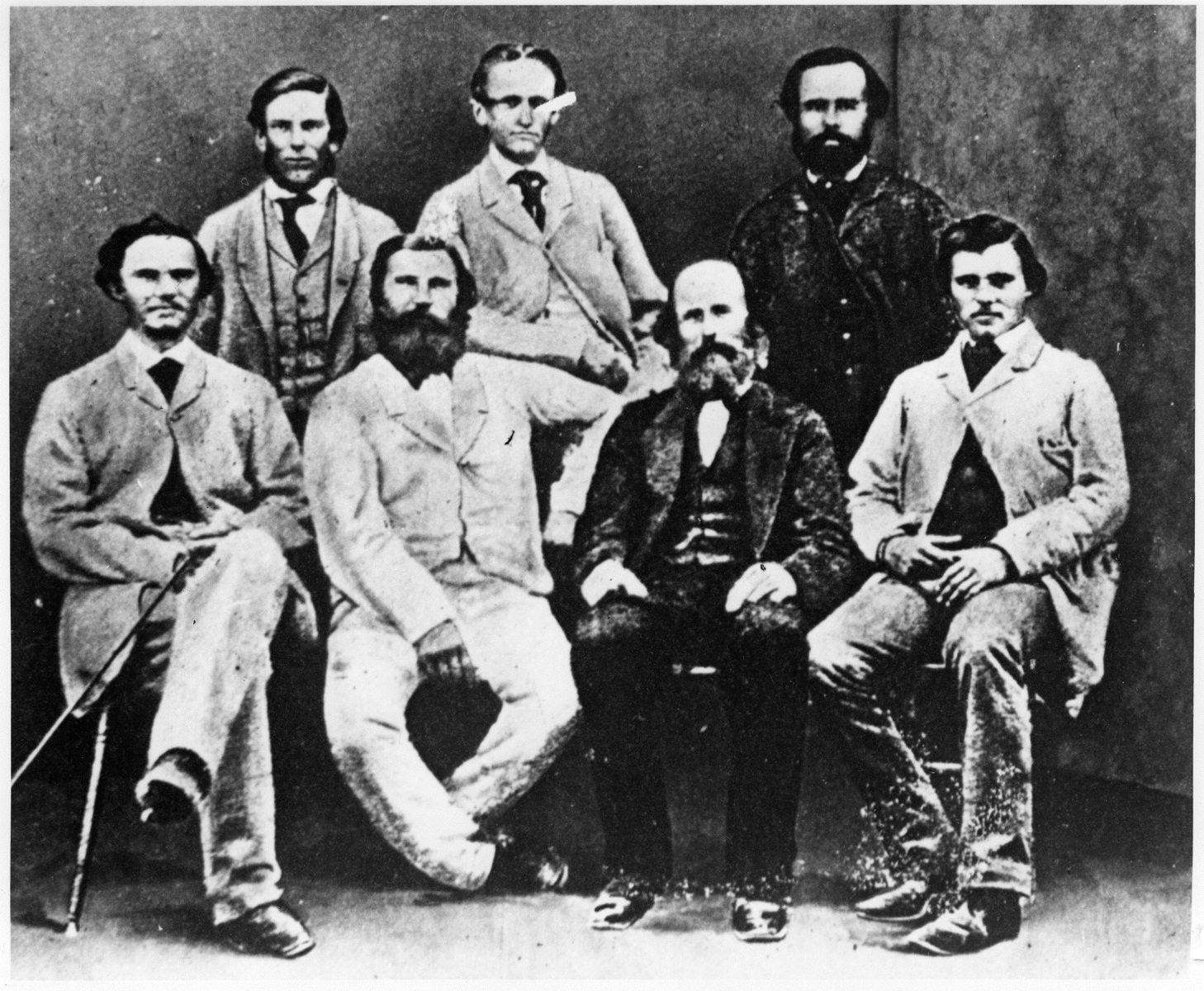 B 1342
View more information about this image here.
You may order a high quality photographic copy.
No known copyright restrictions - Conditions of use.