Guide to resources relating to the history of Aboriginal missions in South Australia including records created by these missions.

ABC Radio. A mission to remember, 2011. Recorded on the 80th anniversary of the Mission.

AIATSIS. South Australian Protector's reports can be browsed by year. Keyword searching within each report can locate relevant information.

Records for the Nepabunna Mission are held at State Records of South Australia and the United Aborigines Mission Archives in Melbourne. The UAM is in the process of winding up its operations, and their records are currently unavailable. South Australian representatives are liaising with the UAM to help them to find a home for these important records.

For more information see the Find and connect website.

Mountford-Sheard collection. Collection amassed by CP Mountford during a career spanning the 1930s to the 1960s and including material relating to the Nepabunna mission in the late 1930s. Access to this collection is by prior arrangement - see here for details.

This guide to sources relating to Nepabunna Mission was last updated by Library staff in 2022. It comprises selected material held by the State Library or available online. To find further material relevant to this topic, try searching with this subject heading in the State Library catalogue:

Or conduct a keyword search using the following term: Nepabunna

See also the Library Guide on the Adnyamathanha people.

Nepabunna was established by the United Aborigines Mission in 1931 on land donated to them by Balcoona Station owner Roy Thomas. It was the first permanent home the Adnyamathanha people had known since their displacement from their traditional lands in the early 1850s.

After years of Mission and Government control, Nepabunna was handed back to the Adnyamathanha people in 1977.

Brock, Peggy. Yura and Udnyu: a history of the Adnyamathanha of the North Flinders Ranges, 1985.

Brock, Peggy. The Adnjamathanha people of the North Flinders Ranges : a historical survey of their post contact experiences, 1982.

Gerard, A.E. United Aborigines' Mission (of Australia): an outline of the history of the mission particularly in South Australia, 1950.

United Aborigines Mission (S. Aust.) Annual report of United Aborigines' Mission, 1939-1973, incomplete. (This has been indexed, to see records enter the title in the source field of the Library catalogue.)

United Aborigines Mission (S. Aust.). Aborigine news, 1973-1983. (This has been partially indexed, to see records enter the title in the source field of the Library catalogue.) 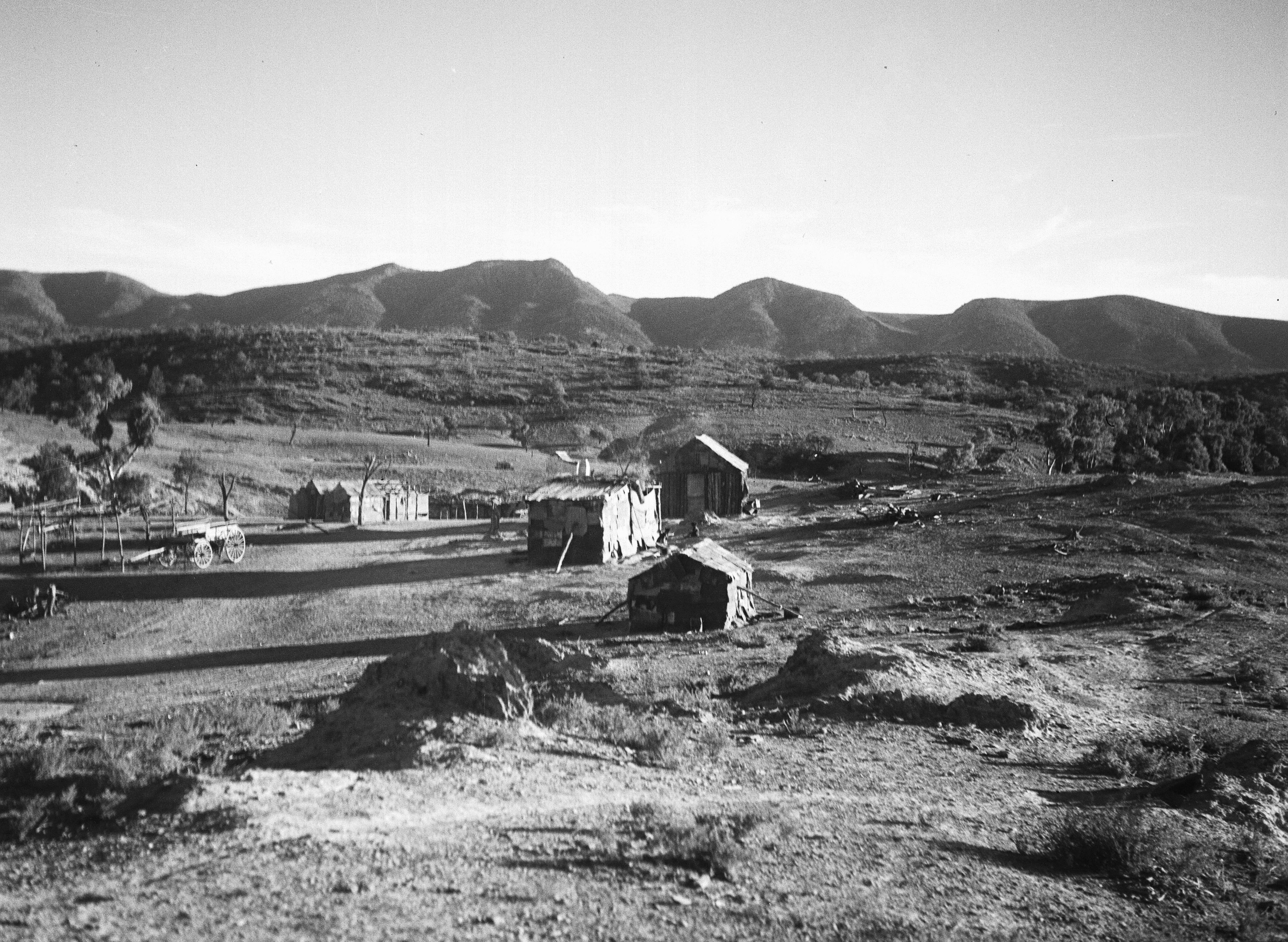