European settlement in Tasmania began in 1803, which until 1856 was known as Van Diemens Land.

Originally Tasmania was part of New South Wales, but became a separate jurisdiction in 1825.

Between 1803 and 1853, some 76,000 convicts were brought to Tasmania. Many Tasmanian ex-convicts settled in South Australia.

Books about Irish convicts in Tasmania 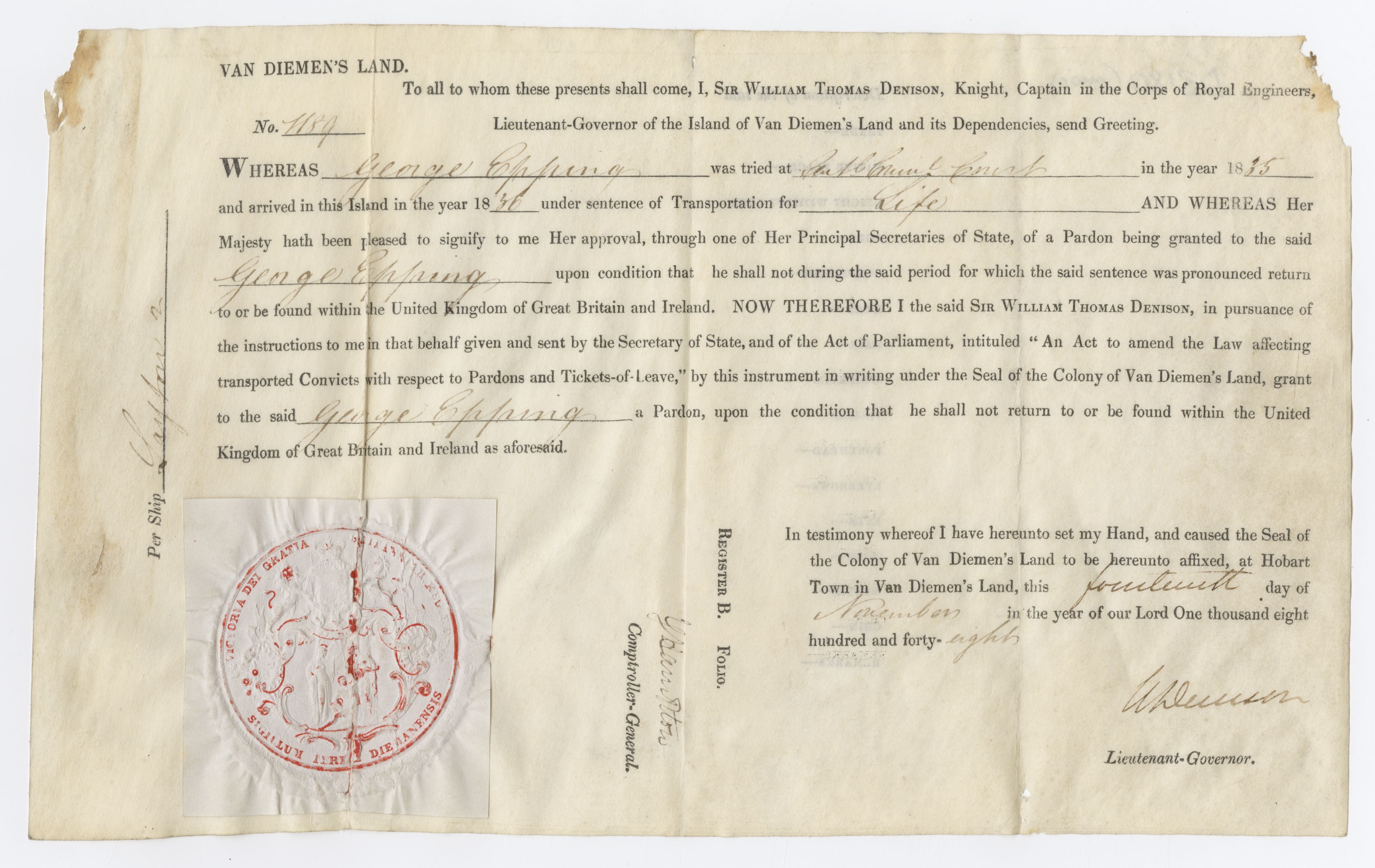 Pardon issued to George Epping, 1848, who was sentenced to life imprisonment in 1835 for burglary and sent to Van Diemen's Land (Tasmania).

Books in the State Library

Books in the State Library 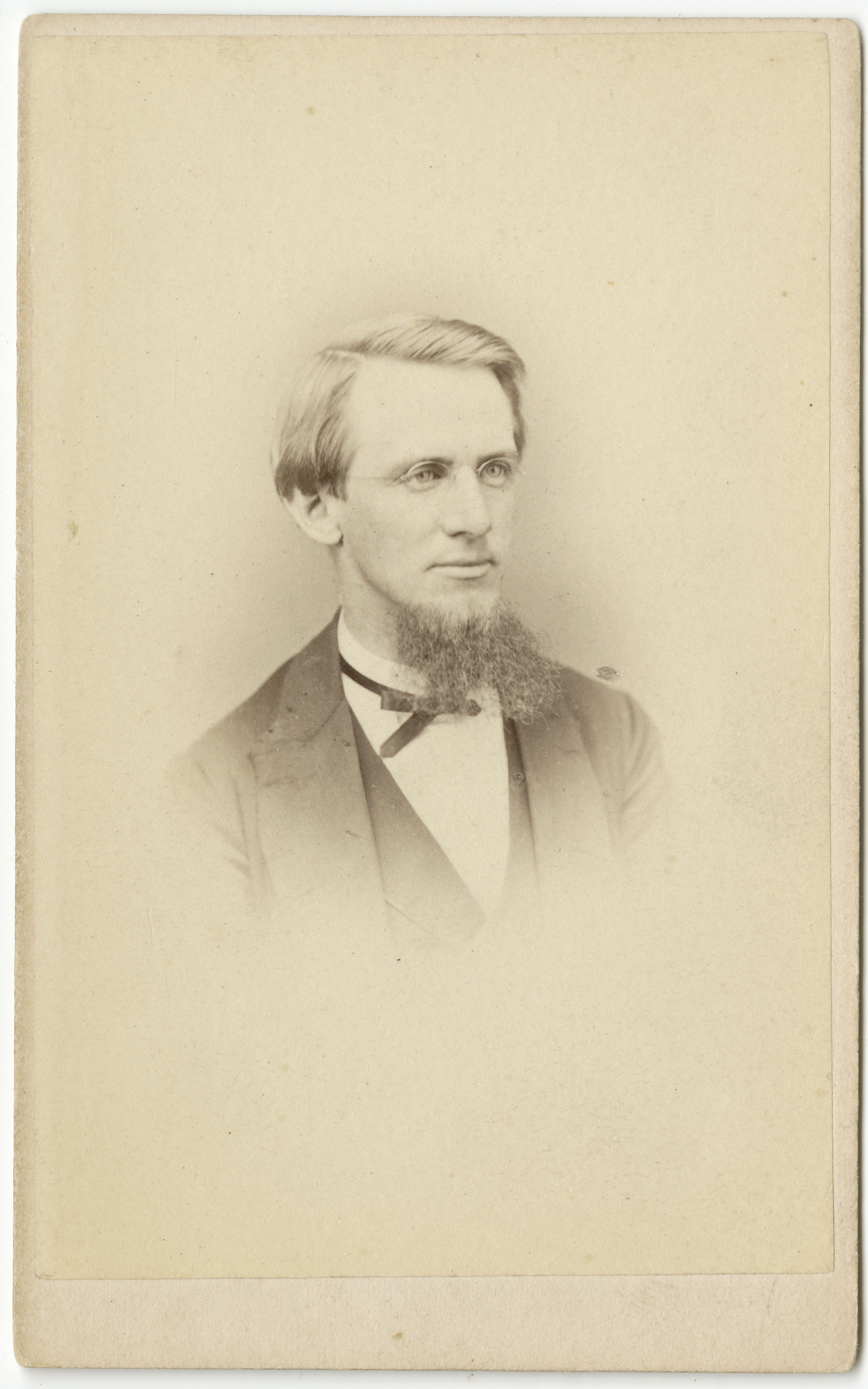 Samuel Way, a clever young lawyer who rose to become Chief Justice and Lieutenant Governor of South Australia, is now known to have had a long term relationship with Susannah Gooding, the granddaughter of a First Fleet convict and daughter of Lydia Hinds, Tasmanian convict. It is not clear whether the couple were married, but they had five children together. In 1881 Susannah and the children moved to Melbourne. Samuel Way's diaries record that he visited them regularly until Susannah's death in 1886.