Anyone over the age of 13 could use the collection as a reference library, but only subscribers could borrow.  An exception was made in September 1861 when the explorer John McKinlay led an expedition in relief of the ill-fated Burke and Wills exploration party, and he applied to borrow 'the Library copy of Charles Sturt's Travels in Australia and the Map belonging thereto ... for the use of the expedition about to start in search of Burke'. The board of governors approved the loan, but knowing the length of time the party could be away even if it returned safely, directed that '   book and map to be replaced'.

The subscription library became a separate institution called the Adelaide Circulating Library in 1884 when the Public Library, Museum and replaced the SA Institute.

On 24 April 1975 the Libraries and Institutes Act was amended to close the 90 year life of the Adelaide Circulating Library which had been in a long decline due to financial reasons. Its two clerical officers were transferred to the State Library.  It had 1,891 subscribers and its book stock of 48,000 volumes were transferred to the State Library as a significant historical research collection of early 20th century light reading, mainly fiction but also travel and biography. These books are listed in a card catalogue. The collection is unique in Australia because similar collections in Sydney and Melbourne have been disposed of, while only a very small, early portion of a similar collection in has been retained. 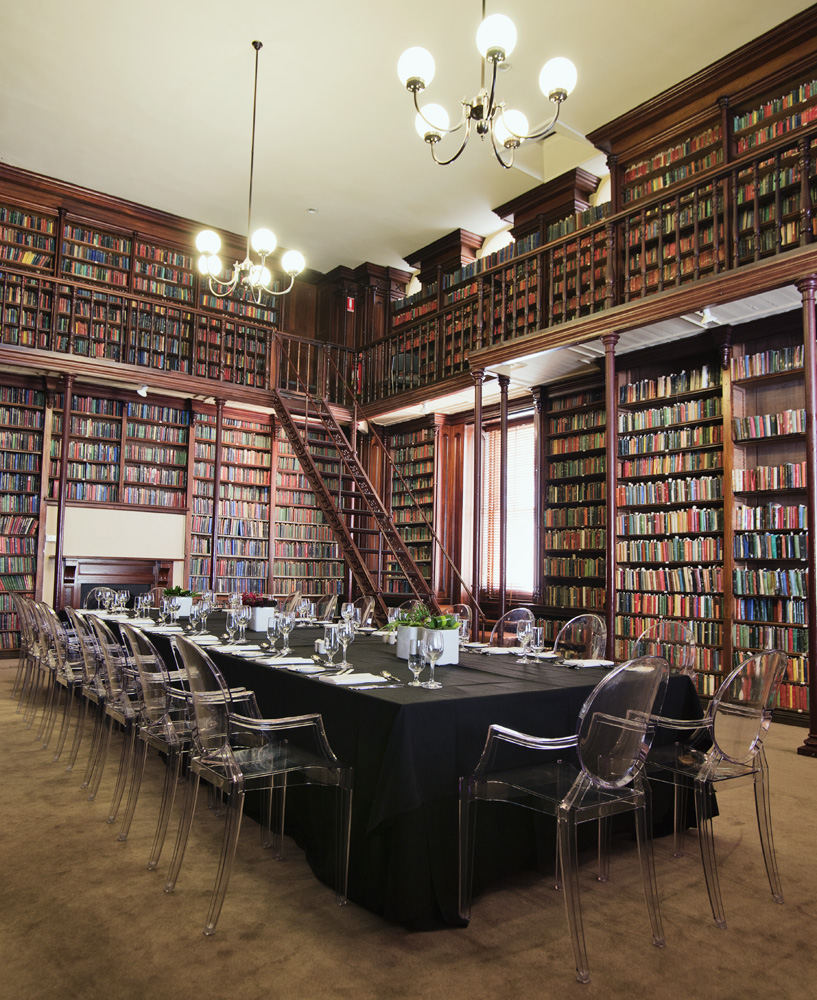 The Adelaide Circulating Library is available for venue hire, and is especially popular for small lunches and dinners. It has been used as a backdrop for television and movies, and a scene from the Australian movies Shine and Gallipoli were filmed there.

Virtual tour of the Circulating Library

360o panorama of the Circulating Library in the Institute Building at the State Library of SA.

The Circulating Library is a venue for hire.