Desmond Glyn Ross AM was Chairman of the Libraries Board of South Australia from 1987 to 1995 and led an extremely active life as a successful farmer in the lower mid-north of South Australia, serving the community throughout his life at the local, city, state and national level. He was awarded Membership of the Order of Australia on 26 January 1986 in recognition of his outstanding contributions to local government. At the national level Des became a founding board member of the Constitutional Centenary Foundation. He was President of the Local Government Association of South Australia from 1984 to 1986 whilst simultaneously serving as President of the Australian Local Government Associations for which he fostered the establishment of a permanent Centre for Local Government in Canberra. The Board Room in Canberra is named The Des Ross Room in recognition of his efforts. He represented Australia at various international and local government conferences. Des served at all levels of local government from 1966 to 1987, as a member and sometime chairman of the Owen and Wakefield Plains District Councils. He was Commissioner on the Animal and Plant Control Commission from 1979 to 1996, and Chairman of the Flinders Ranges Management Review Committee from 1987 to 1990. He played a crucial role in the hills community when he was appointed Administrator of the District Council of Stirling in 1990 after the tragedy of the 1983 bushfires and the immense challenges for the council to rebuild. The state government turned to Des as the best person to help the healing process and help the council and community move forward. He was inaugural chairman of Peter Lehmann Wines Ltd from 1993 to 1999 and guided its progress for its first six and a half years as a public company.

Des Ross Road was named after him in the Wakefield Council area in 2002. Des's interests were varied and his name is associated with a number of community organisations. He has an annual race named after him at Balaklava Racing Club as a long serving committee member and a life member of the Racing Club. At Scotch College he excelled in football and athletics, anchored the senior debating team, held the rank of sergeant in the cadet unit, and was a school and house prefect. Scotch College now awards The Des Ross Memorial Prize for Leadership and Service to the Boarding Community. Des loved football and was a Mail Medallist for the Owen Football Club in the Adelaide Plains League for five seasons in the 1950s and runner-up several times. He was a member of Lions Clubs International for 33 years.

The Morgan Thomas Suite of rooms is located on Level 1 of the Institute Building and is used by the library as office spaces. It was named for Dr Morgan Thomas as part of the library redevelopment, and more information on him and his bequest is available in the Benefactors and donated collections Library Guide. 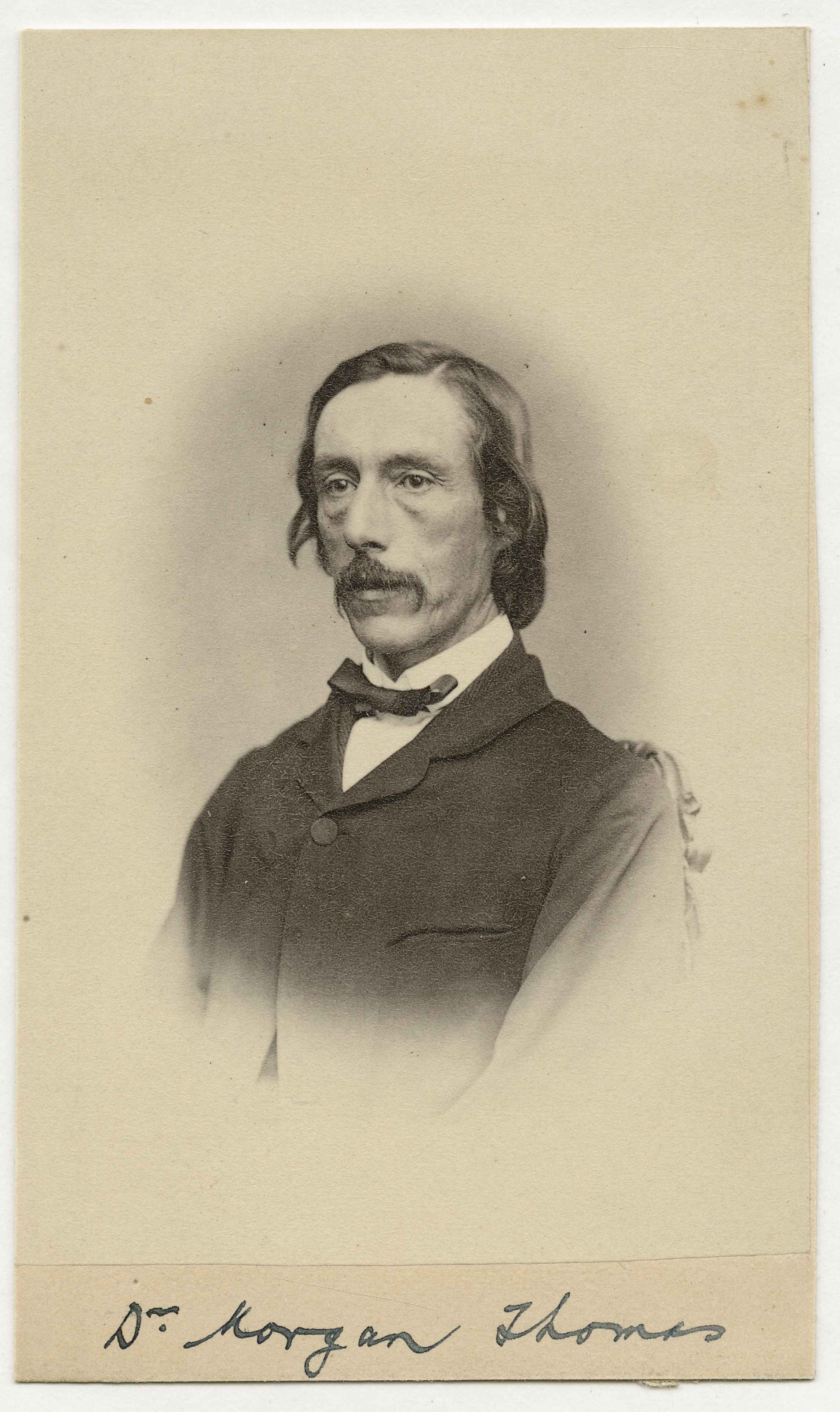 View more information about this image.

You may order a high quality photographic copy.

No known Copyright restrictions - Conditions of use.