History of the State Library of South Australia: Lending services

From institutes to public libraries

In 1860 there were 27 Institute circulating libraries increasing to a maximum of 306 by 1930. The average subscription in 1870 was 13 shillings.  The body operating the Institute libraries, the Institutes Association was a strong force on the Board of Governors and its political influence can be said to have held back the development of public libraries funded by government.

The Institute libraries mainly offered popular fiction. A rare innovation in 1879-80 at Wallaroo Institute was the opening of a reading and recreation room for youths offering books, magazines and games.

The Free Libraries Act no. 700 of 1898 was an Act to allow councils to establish free libraries after a poll of rate payers. None did.

In 1974-75 South Australia became the first state to introduce community use of school libraries, particularly in small rural communities of less than 3,000 people, where it seemed unlikely that the local council would be able to establish a free public library along the lines of the subsidised library services in more populous local government areas.

Not until the Crawford Report to the Dunstan Government in 1977 did the state government actively encourage local councils to open public libraries by offering 50 / 50 subsidy. As public libraries opened in the metropolitan and country area the local Institute libraries closed and their book stock was returned to the Institutes Association based in the Institute Building. The Goodwood Institute, the last recognised under the provisions of the Libraries Act, was dissolved in June 1989 and the Institutes Association of South Australia was itself dissolved in June 1990.

The Lending Library of the State Library became the Adelaide City Council Library in 1991.

Why the State Library doesn't lend

Items held within the State Library's collections are for reference and research use only and are not for loan.

The State Library of South Australia is a reference library, which aims to provide information as and when required by any customer.

To do this it needs to have its materials on hand and available to library users who visit the library personally, or who use the phone, letter or online enquiry services. It aims to preserve for future use those materials which, in public libraries, are gradually lost through wear, non return from loans, or weeding from the collection because of age and diminishing use rates.

The State Library is open and its collections are available seven days a week.

State Library materials are not lent directly to library visitors. Some general reference materials are available for loan to other libraries through an Inter-library Loan Service, however, material from the Heritage collections, such as South Australiana, Rare Books and Archival Collections, can only be used within the Library.

Ask at your public library about how to order some of our materials on Inter-library loan. 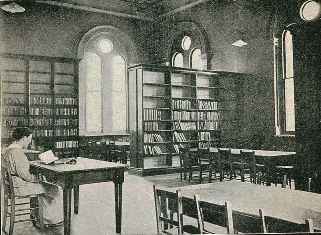 On 16 February 1915 's first free Children's Library opened in the 1884 Public Library building in the room on the ground floor overlooking North Terrace. It was originally open on Tuesdays, Fridays and Sundays from 2pm to 5pm with a former school teacher, Miss Annie B. Whitham BA, appointed Superintendent. Before that, unaccompanied children under 13 had not able to use the Institute library since 1859.In 1915 the Act did not allow lending, so its 50 seats were fully occupied on Sunday. This image is from a 1915 pamphlet by H. Rutherford Purnell A talk about books and libraries: a new library for children.

Two accounts of the Children's Library in the newspapers of the day, the Advertiser in 1915 and the Register in 1917 make delightful reading, below.

Storytelling took place on Saturdays, and an experimental series of five lectures to children was given on Friday evenings in July and August 1915 in the Lecture Room. The lectures were given by senior staff of the Library and members of the Board, and topics included A cruise in the home of the British Navy, Fishes that make nests and Wanderings in . Entrance was free by tickets distributed through schools or from the library. Although the room held about 300 the library was overwhelmed by applications with between 800 and 1000 for each session. 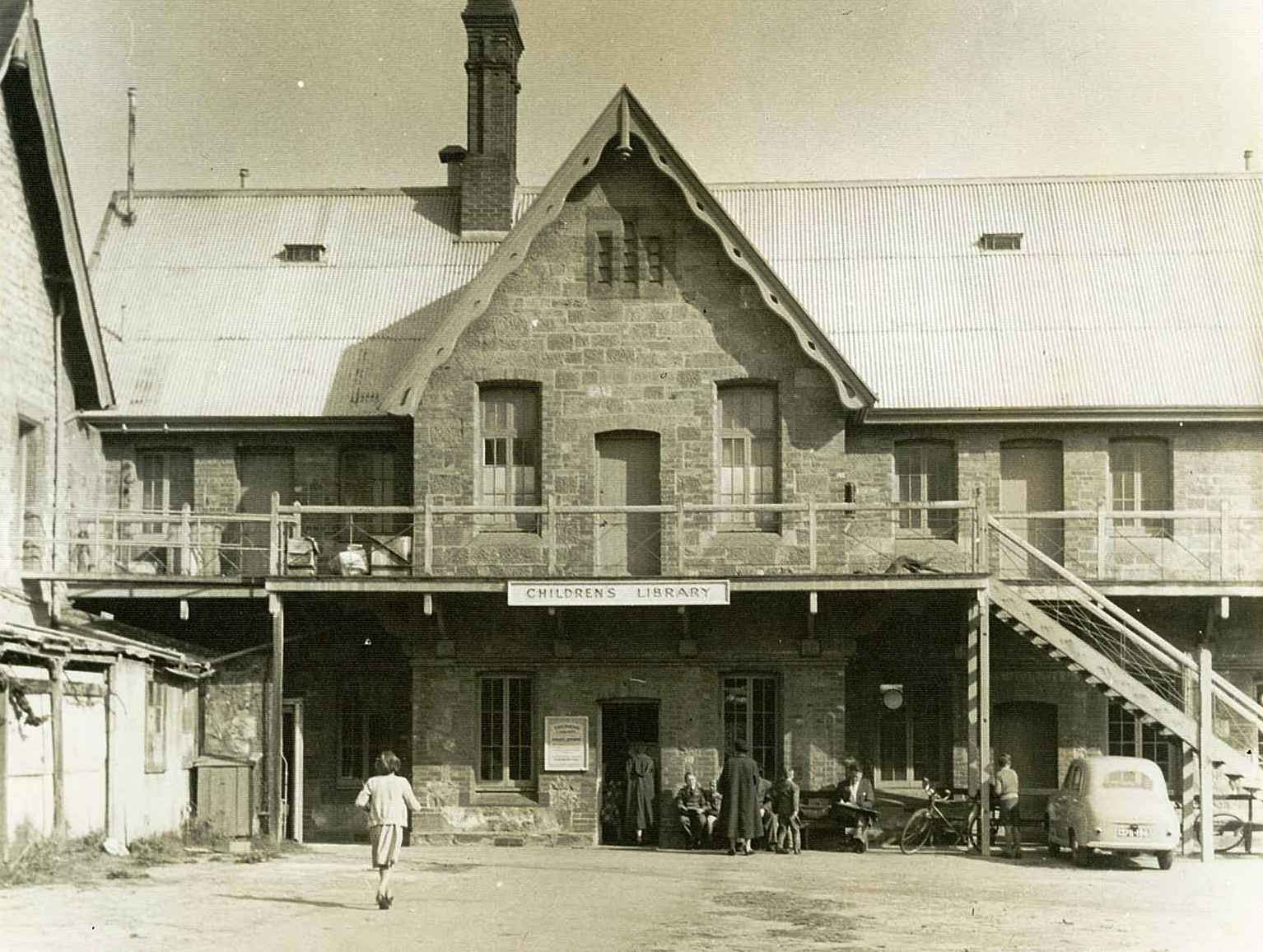 B 47958
View more information about this image. You may order a high quality photographic copy. No known Copyright restrictions - Conditions of use.

Lending Services in the State Library

A brief illustrated chronology of Lending Services in the State Library is attached below.

The lending service in the State Library of South Australia in recent years has been provided by the City of Adelaide and is being relocated to Rundle Mall in late 2013.

Some references for further reading on the service when it was provided by the State Library are in the attached document.

The country Institutes operated a book-box service. In 1879-80 there were 111 English book-boxes and 15 German.

A Country Lending Service and Country Children’s Book Services operated in the State Library from 1938 up until the early 1980s, when free public and school community libraries opened in country areas. Books were sent to places as remote as , , Coober Pedy opal fields and Afghan cameleers in central . Staff had profiles of borrowers’ subject interests and recorded books sent out on large cards. Unless otherwise requested adults received three non-fiction and one fiction title per batch.

Books were sent out by rail where possible, otherwise bus, otherwise post. The Library had a special arrangement with the South Australian Railways whereby postage to borrowers was free, and the borrower’s could return the box by rail at half price. Someone who relied on the book box deliveries from the Library in the 1950s and 60s was Dr Peter Goldsworthy, Chairman of the Libraries Board of South Australia 1995-2010 and novelist, who was born in Minlaton and grew up in various country towns. Also novelist Monica McInerney used the service.

The annual report of 1940-41 noted a letter from a County Lending Service borrower who had built his own house entirely from information in books received through the service. Some 60 parcels of books were sent out daily to service 2,041 members, and 19,367 books were sent in response to 12,502 enquiries.

From 1941 to 1974 the Library conducted a school box service to public and private primary and infant schools and kindergartens. This was taken over by the School Libraries Branch of the Education Department to those few schools without libraries, but the State Library retained responsibility for kindergartens.

During World War 2 some 20,000 books were lent to troops stationed in South Australia and the Northern Territory as part of the Country Lending Service.

The story of the medical books

In 1856 the Medical Society of Adelaide dissolved and handed over its books to the newly incorporated South Australian Institute.

Then in 1889-90 a further 900 volumes in the Medical Library at the Adelaide Hospital were transferred to the Public Library. The books in this new section of the Library were available for circulation amongst the medical profession and others, subject to special regulations.

In 1910-11 in a reversal of policy, some 3,000 volumes, comprising the bulk of the Medical Section, were presented to the University of Adelaide.

Since then, the collecting of medical books of a specialist nature has remained the responsibility of the academic libraries. The State Library collects books and databases of a more generalist nature.