History of the State Library of South Australia: Spence Wing 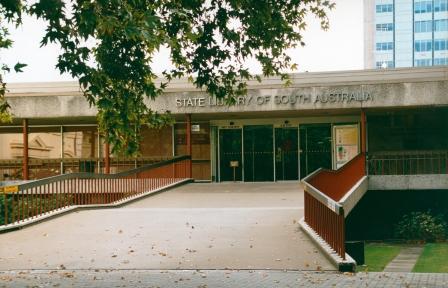 The Bastyan Wing was designed by the Government Project Architect Peter Sharp and built by F. Fricker. It was officially opened by the Premier of South Australia, Hon. Frank Walsh on 25 May 1967.  According the the annual report of 1966-67 'This fine new building is of 158,000 square feet in three floors, with provision for a further six floors in the second stage. It is clad on the outside with South Australian marble and granite, and in the main entrance area with red-brown marble from Carrara, Italy. The building cost over $3 million and took 2 and a half years to complete. For the first time in very many years it is now possible to house most of the Board's collections within one structurally connected system of buildings. As predicted by the Board at the time the new building was first planned, the second stage will be needed within a few years.'

Today the steep ramp up to the entrance to the Bastyan Wing would not meet building standards for disability access, and the redevelopment of the building in 2003 saw the ramp replaced by a ground floor entrance. 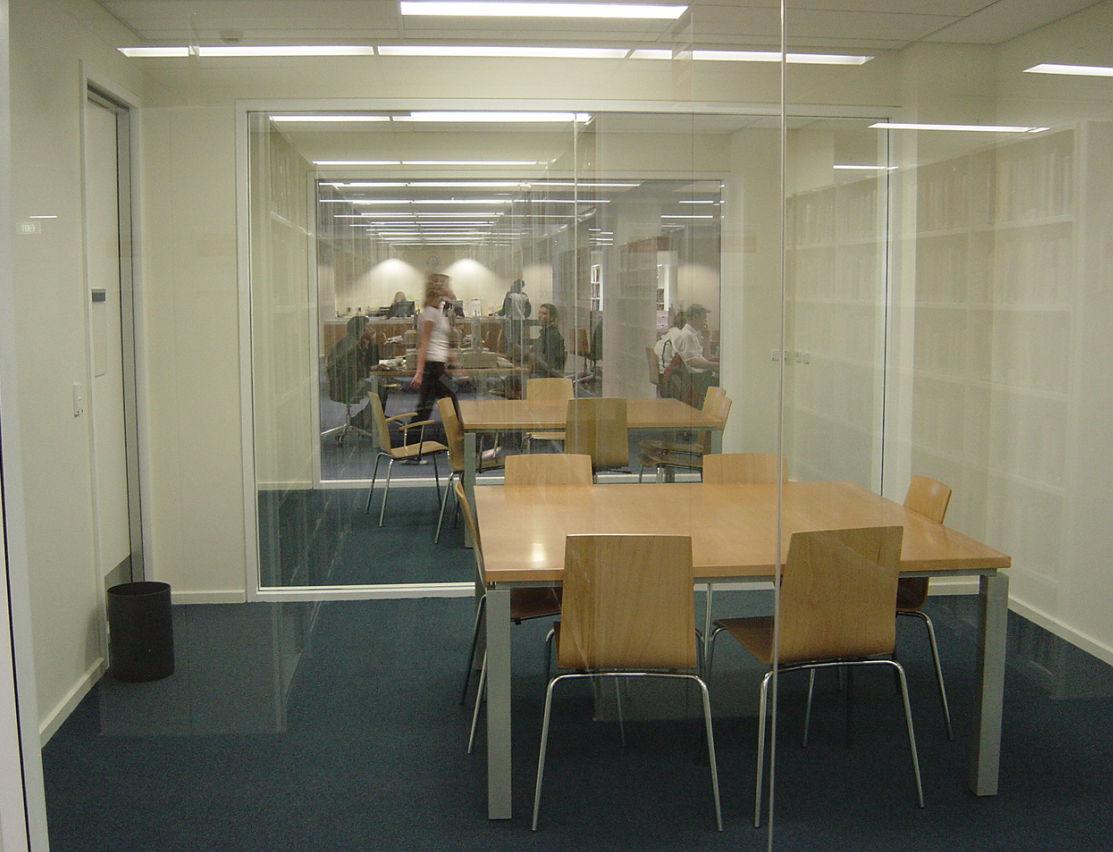 The study rooms on Level 1 of the Spence Wing are named after a longstanding member of the Libraries Board and a lifelong user of State Library collections, Dr JJ Bray.

Dr John Jefferson Bray AC (1912-1995) was admitted to the SA Bar in 1933, becoming a Queen's Counsel in 1957. In 1967 he was appointed directly to the post of Chief Justice by Premier Don Dunstan. Dr Bray retired from the Supreme Court bench in 1978 because of heart trouble. He was an outstanding lawyer and thinker whose reputation spread throughout the legal world. Dr Bray was Chancellor of the University of Adelaide from 1968 to 1983, and a keen classical scholar and humanist. He wrote a number of works of poetry and was patron of the Friendly Street School of SA poets. He was the longest serving member of the Libraries Board of South Australia, serving from 1944 to 1987, and was honoured by having the Bray Reference Library named after him in 1987. The State Library holds Dr Bray's personal papers as Private Record Group 1098.

The Ron Boland Newspaper Reading Area is located on Level 1 of the Spence Wing.

Mr Ron Boland OBE (1911-2000) was an influential figure in South Australian journalism. To acknowledge Ron Boland's 50-year career as a journalist, sports writer, editor and managing director, and in recognition of the State Library's contribution to the economic and cultural life of the state, News Corporation, through the auspices of its Chairman Rupert Murdoch AC, and Advertiser Newspapers former Managing Director Peter Wylie, gave a $400,000 gift to the State Library Foundation Appeal to help establish the Ron Boland Newspaper Reading Area.

The area is delineated as the newspaper reading area by use of the coffered hoop pine lit ceiling as an architectural and design solution to meeting the wishes of the donor for a separate room to acknowledge Ron Boland, but without compromising the open plan and the natural light coming in from the new windows. Hoop pine is a pale or yellow timber from coastal rainforests in New South Wales and Queensland and is an important plywood for veneers, furniture and boxes. It is also used by conservators for museum plinths and exhibition furniture because of its object friendly or harmless characteristics. 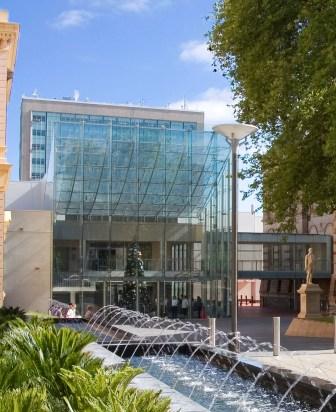 The Spence Wing (the renamed Bastyan Wing) opened its doors on 14 July 2003 and was officially opened on 15 October 2003 by the Premier of South Australia and Mr Rupert Murdoch AM of NewsCorp, with special guests Pantijiti McKenzie and a group of indigenous women from Ernabella Arts.

The project integrated the State Library into the neighbouring cultural precinct by allowing pedestrian access from North Terrace through to the cultural organisations, the University of Adelaide and down to the River Torrens. As well, windows were introduced with outlooks over historic Government House, Migration Museum, Natural Sciences Museum, Armoury, South Australian Museum and the Art Gallery of South Australia.

The architectural aims were to make use of natural light and shadow-play throughout the new building, to design spaces so that functions could co-exist with quiet activities traditionally associated with libraries, and to achieve the environmental aim of not increasing power usage per square metre. Priority was given to heritage and preservation considerations, efficient research facilities and the creation of modern surroundings.

Hassell + Mitchell/Guirgola, Thorp was the architectural team for the project: Mitchell/Giurgola had designed new Parliament House in Canberra.  The Managing Contractor was Built Environs, Engineering Services were provided by Bassett, Civil Engineering by Wallbridge and Gilbert, and the Cost Manager was Rider Hunt.

It is fitting that this Wing is named after a writer and social activist, Catherine Helen Spence, who came out to from in 1839 only three years after European settlement. She became a governess, and was in charge of her own school by 1845. She was the first female journalist in , and her first book, Clara Morison, published in 1854 was the first novel written about by a woman. Her autobiography is full of references to books and she was a great user of the Library's collections, and also lectured in the . She is probably best known for her role in women's suffrage and she then stood (unsuccessfully) as a candidate for the 1897 Federal Convention in , becoming the first woman political candidate in – the Library has her how-to-vote card. 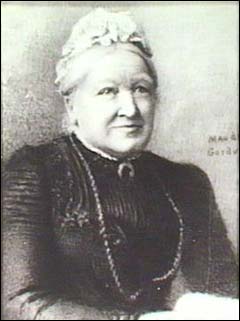 More information about this image

The Spence Wing was originally attached to the Mortlock Wing, but in 2002 during the State Library redevelopment, the two buildings were separated, and a walkway constructed to provide access between them. This walkway has been named after Sir Edric Bastyan.

Sir Edric Montague Bastyan KCMG KCVO KBE CB (1903-1980) had a very successful military career, including a period of duty as head of logistics during the Berlin airlift (1946-48) and Commander of British Forces, Hong Kong in 1957. He retired from the army in 1960 and was appointed Governor of South Australia on 4 April 1961. His astute governorship was highly respected by Premiers Playford, Walsh, Dunstan and Hall particularly in the circumstances of hung Parliaments in 1962 and 1968. In 1965 he laid the foundation stone of the new wing of the State Library. Sir Edric was Governor of Tasmania 1968-1973, after which he retired with his wife to North Adelaide.

An entry in the Australian Dictionary of Biography Online gives further information.

'The project won a high commendation from the judges for its attention to detail in maintaining the operations of the Library as well as ensuring its valuable collections were kept safe from contamination or damage during the project. At a cost of $41 million the project was a major team effort and challenges such as water blasting 5,000sqm of asbestos impregnated resin showcased innovative initiative.' Awarded May 2004

More information is available on the Hardy Family and the Thomas Hardy Wine Library in the Benefactors and donated collections Library Guide.