History of the State Library of South Australia: Artworks & memorials

A statue of the Scottish people’s poet Robbie Burns was commissioned by the Caledonian Society of South Australia and was unveiled on 5 May 1894 among the vast crowd on the north-west corner of the North Terrace/Kintore Avenue intersection, where the War Memorial now stands. 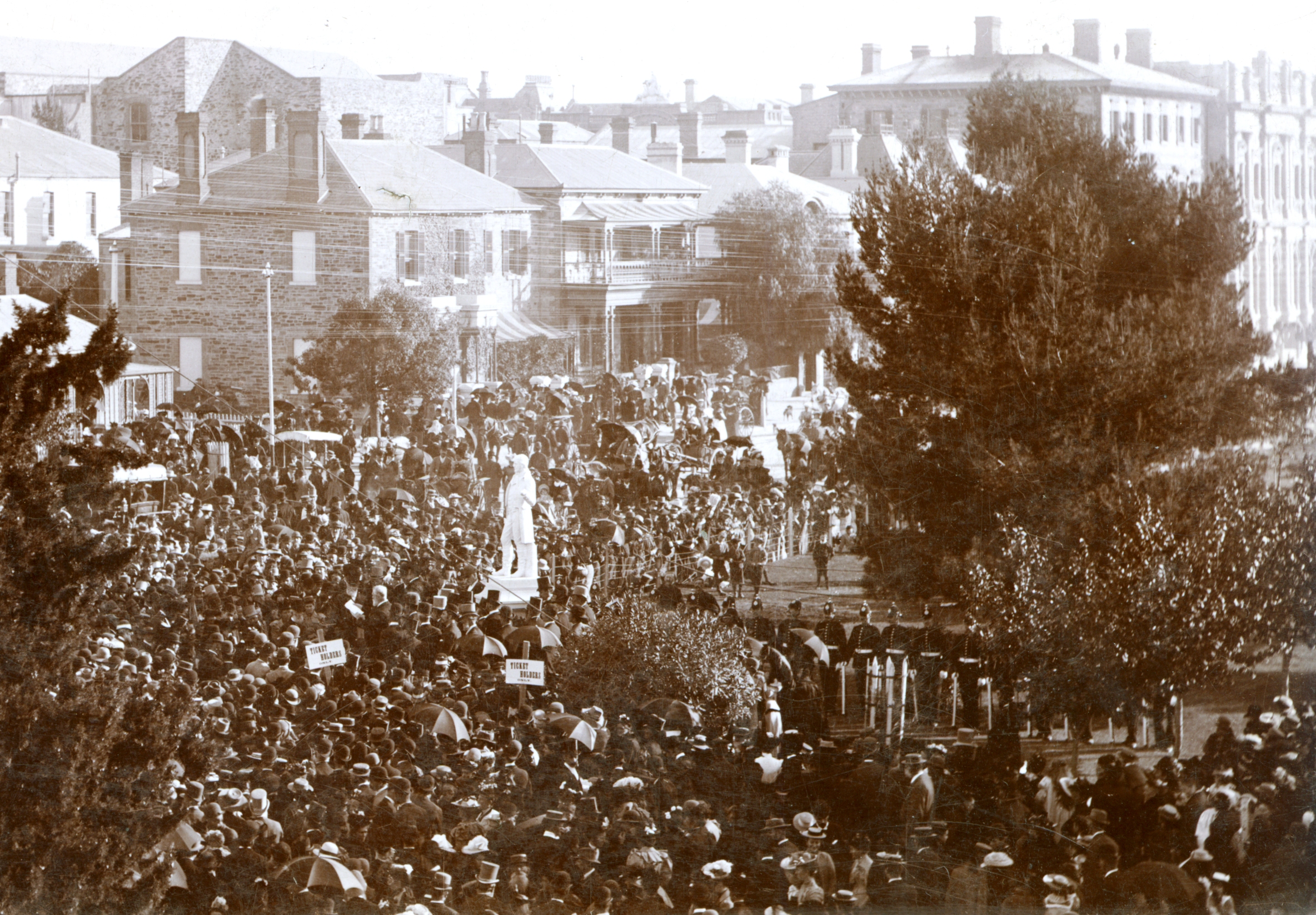 B 8841
View more information about this image. You may order a high quality photographic copy. No known Copyright restrictions - Conditions of use.

Scottish farmer and poet Robert Burns was born in Ayrshire on 25 January 1759 and was voted the Greatest Scot by the Scottish people in 2009. On New Year's Eve throughout the world many people join hands at the stroke of midnight to welcome in the New Year with Robbie Burns' song Auld Lang Syne.

North Terrace lighting then and now 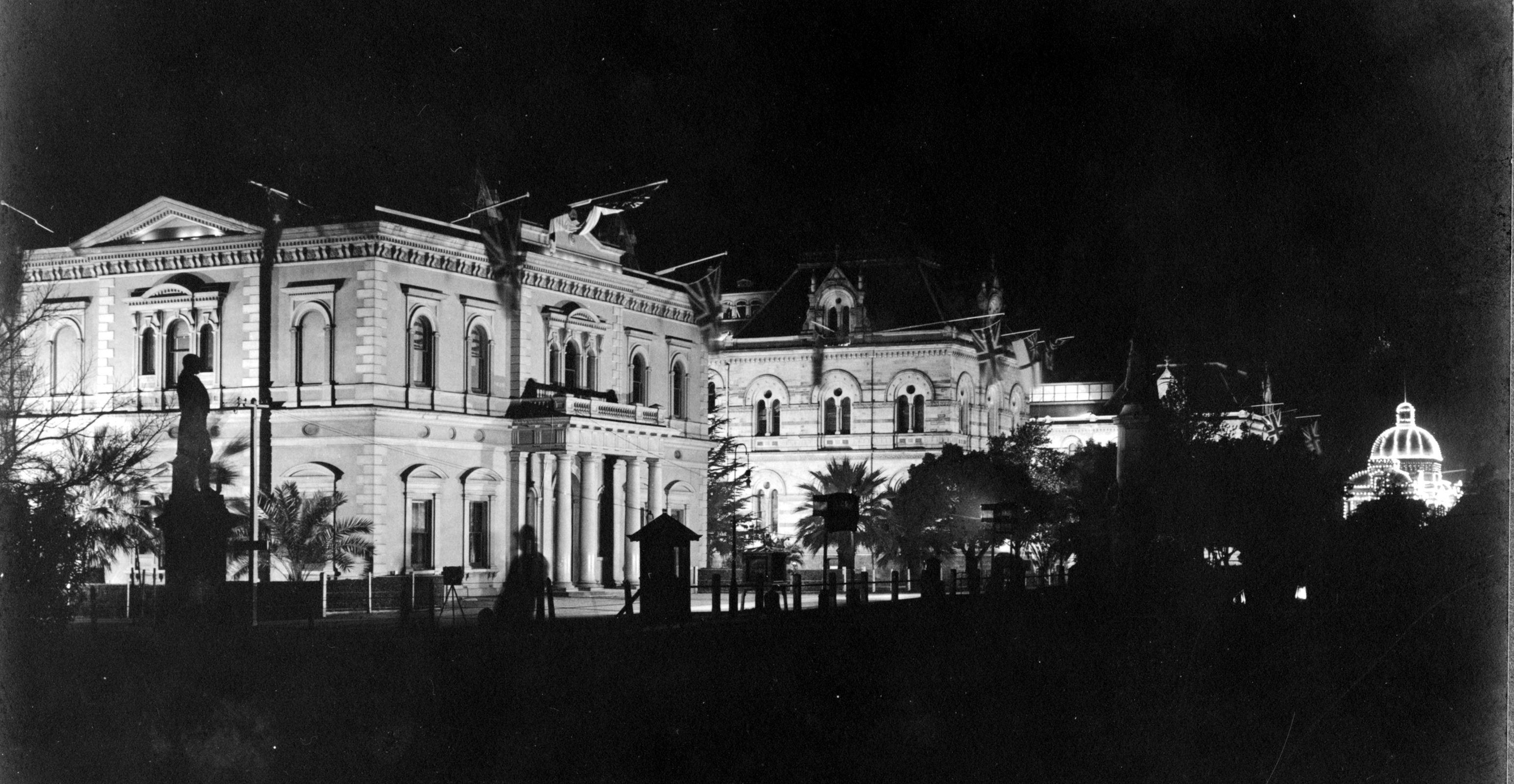 PRG 280/1/26/43
View more information about this image. You may order a high quality photographic copy. No known Copyright restrictions - Conditions of use.

In 1920 the buildings of Adelaide were floodlit for the visit of the 26 year old Edward, Prince of Wales, who later abdicated in 1936. From left along North Terrace can be seen the Robbie Burns statue (on the corner now occupied by the War Memorial), the Institute building, the Public Library building, and at the far right the dome belonging to the Exhibition Building, since demolished for the plaza at the University of Adelaide. 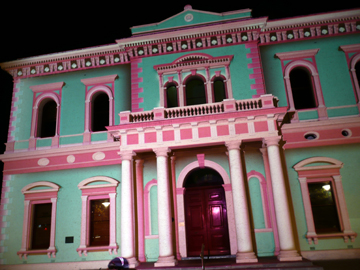 In 2010 the Institute Building was lit up as part of the Northern Lights project as part of the Adelaide Festival, along with other North Terrace cultural buildings. 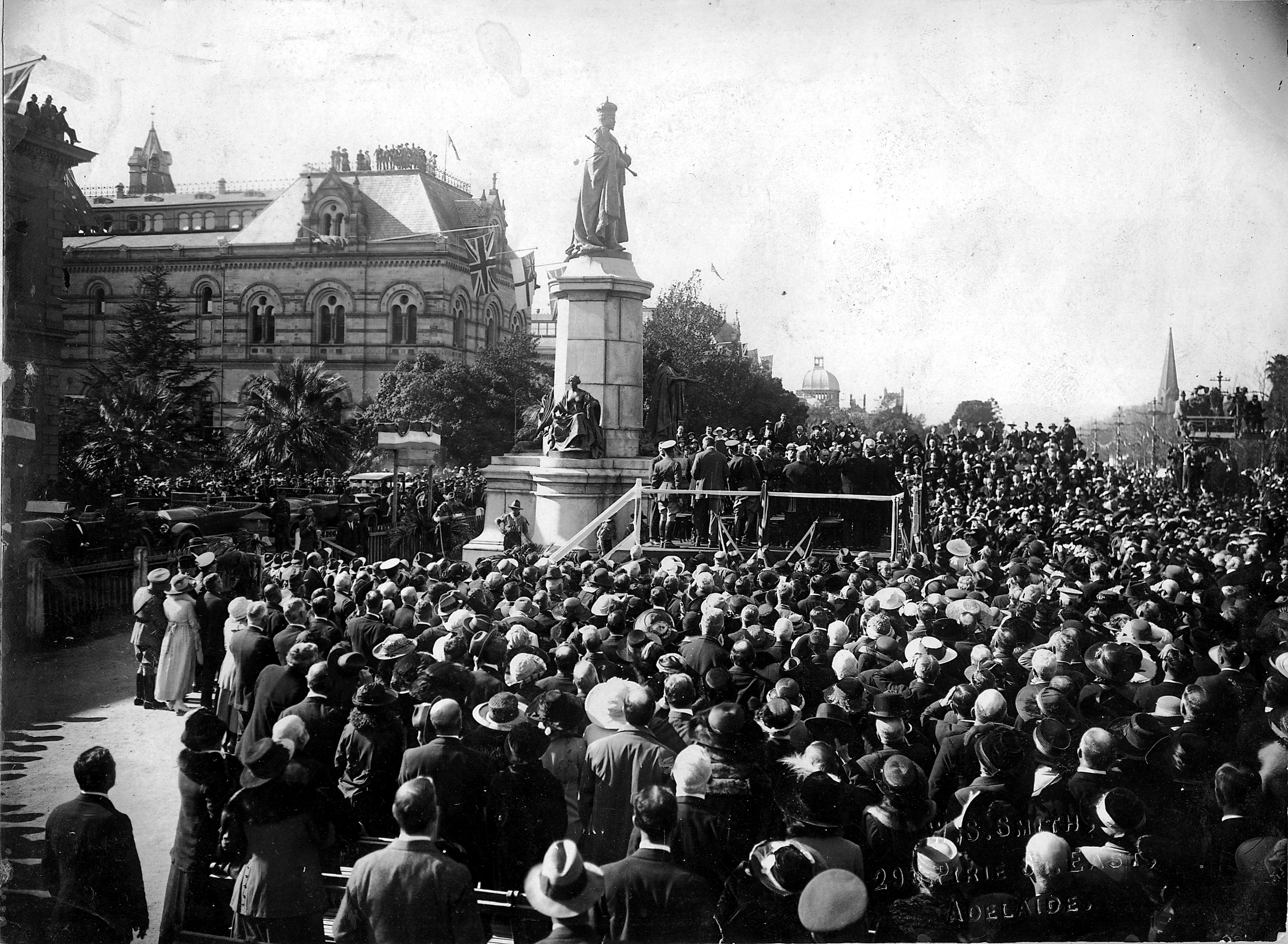 PRG 280/1/20/132
View more information about this image. You may order a high quality photographic copy. No known Copyright restrictions - Conditions of use.

Vast crowds gathered for the unveiling of the statue of King Edward VII in front of the on 15 July 1920, attracted by the presence of the 26 year old Edward, Prince of Wales.