The Lives of Jim Page and Rebecca Forbes in the Adnyamathanha Aboriginal Community, Interviewer: Tracy Spencer, 2001-2002.

This guide to sources relating to the Adnyamathanha people was last updated in 2016. It comprises selected material held by the State Library or available online.
To find further material relevant to this topic, try searching with these subject headings in the State Library catalogue:
Or conduct a keyword search using the following term:
See also the Library Guide on the Nepabunna Mission.
For more assistance, talk with staff at the Library's Information Desk or Ask Us.

The Aboriginal people of the Northern Flinders Ranges at the time of European settlement were the Wailpi, Guyani, Jadliaura and Pilatapa. These four language groups are now collectively referred to as the Adnyamathanha, although some descendants of these groups identify with and maintain their original affiliations. Nepabunna was established by the United Aborigines Mission in 1931 on land donated by Balcoona Station owner Roy Thomas. It was the first permanent home the Adnyamathanha people had known since their displacement from their traditional lands in the early 1850s.

Bonney, Neville. Adnyamathanha and beyond : useful plants of an ancient land, 2007.

Brock, Peggy. Yura and Udnyu : a history of the Adnyamathanha of the North Flinders Ranges, 1985.

The Flinders Ranges : an Aboriginal view, 1986.

Tunbridge, Dorothy. Artefacts of the Flinders Ranges : an illustrated dictionary of artefacts used by the Adnyamathanha, c1985.

Listening to songs at Nepabunna 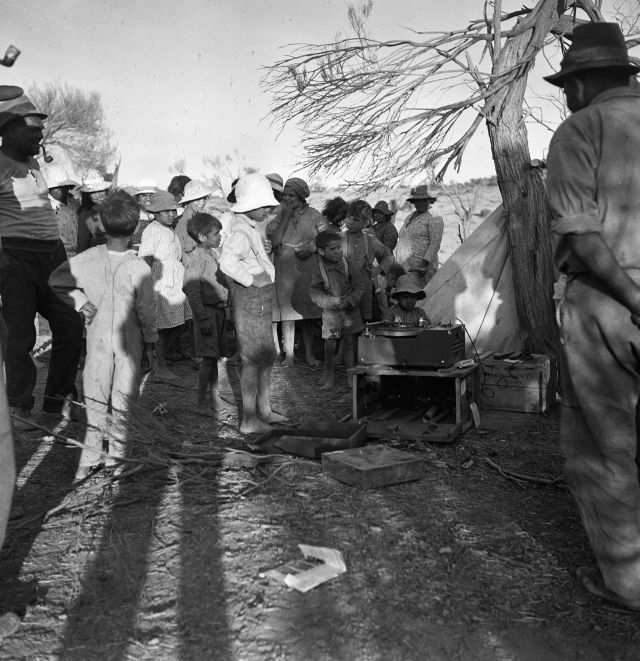 The Library holds many photographs relating to this topic, which can be viewed online by searching the Library catalogue.

This record group comprises a unique collection of material amassed by C. P. Mountford during a career spanning the 1930s to the 1960s and includes material relating to the Adnyamathanha people.