Dixon, RMW. (ed.)  A study of the phonetics and phonology of Yaraldi and associated dialects, 2002.

Narinjari : an outline of the language studies by George Taplin : with Taplin's notes and comparative table, 1975.

Simons, Margaret, The meeting of the waters: the Hindmarsh Island affair, 2003.

Ngarrindjeri is an Aboriginal nation of 18 language groups who occupied, and still inhabit, the Lower Murray, Coorong and Lakes area of South Australia.

Their lands and waters extended 30km up the Murray from Lake Alexandrina, the length of the Coorong and the coastal area to Encounter Bay. Today this Aboriginal group is still very strong, with a large community of people based in the Lower Murray and Coorong area.

Bell, Diane. Ngarrindjeri Wurruwarrin : a world that is, was and will be, 1998.

Berndt, Ronald M. and Berndt, Catherine H. with Stanton, John E. A world that was: the Yaraldi of the Murray River and the lakes, South Australia, 1993.

Forte, Margaret. Flight of an eagle: the dreaming of Ruby Hammond, 1995.

Gale, Mary-Anne. My side of the bridge: the life story of Veronica Brodie, 2002.

Jenkin, Graham. Conquest of the Ngarrindjeri, 1995.

The Ngarrindjeri people: Aboriginal people of the River Murray, Lakes and Coorong, 1990.

Survival in our own land : 'Aboriginal' experiences in South Australia since 1836. Ch. 21 'Point McLeay'. 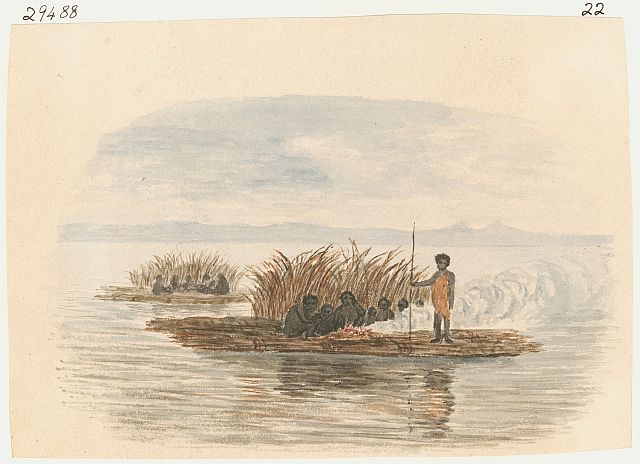 The Library holds many photographs relating to this topic, which can be viewed online by searching the Library catalogue.