Anangu Lands Paper tracker monitors government activities and issues of concern for the communities located on the Anangu Pitjantjatjara Yankunytjatjara and Maralinga Tjarutja Lands, and in Umoona and Yalata

As well as these resources for learning the language, there are a number of resources written in Pitjantjatjara.

To find them, and more sources for learning the language, enter 'Pitjantjatjara language' as a Subject search in our catalogue.

This guide to sources relating to the Pitjantjatjara people was last updated in 2016. It comprises selected material held by the State Library or available online.

Or conduct a keyword search using the following term: Pitjantjatjara

Pitjantjatjara is the name of both an Aboriginal people of the Central Australian desert, and their language. The people are closely related to the Yankuntjatjara and Ngaanyatjarra people.

The Pitjantjatjara refer to themselves as Anangu (people). Pitjantjatjara country is mostly in the far north-west of South Australia, extending across the border into the Northern Territory to just south of Lake Amadeus, and west a short distance into Western Australia. State borders are immaterial to Anangu as land is an inseparable and important part of their cultural identity.

European settlement disrupted the traditional nomadic hunting and gathering lifestyle of the Pitjantjatjara people, but they have retained their language and much of their culture in spite of outside influences.

Today about 4,000 Anangu live in small communities and outstations across their traditional lands, forming one of the most successful joint land arrangements in Australia with Aboriginal Traditional Owners.

Duguid, Charles, Ernabella re-visited : the diary of a pilgrimage, 1946.

Hilliard, Winifred M., The people in between : the Pitjantjatjara people of Ernabella, 1976.

Mountford, Charles. Ayers Rock: its people, their beliefs and their art, 1965.

Tindale, Norman B. 'The Pitjandjara', in Hunters and gatherers today : a socioeconomic study of eleven such cultures in the twentieth century, 1972.

Survival in our own land : 'Aboriginal' experiences in South Australia since 1836. Ch. 32 'Ernabella'.

Toyne, Phillip and Vachon, Daniel, Growing up the country : the Pitjantjatjara struggle for their land, 1984.

Wallace, Noel and Phyl, Killing me softly: the destruction of a heritage, 1977. 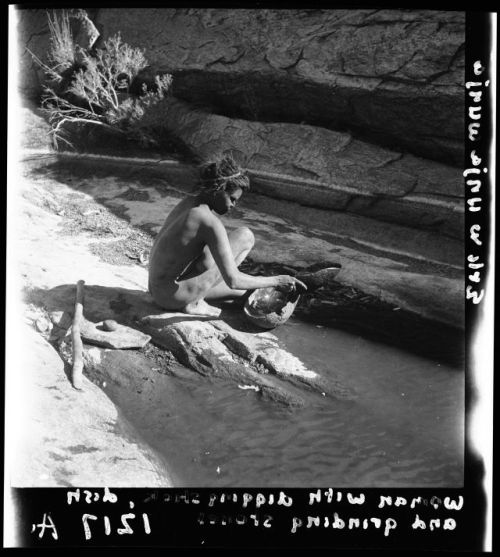 The Library holds many photographs relating to the Pitjantjatjara, which can be viewed online by searching the Library catalogue.

This record group comprises a unique collection of material amassed by C. P. Mountford during a career spanning the 1930s to the 1960s and includes material relating to the Pitjantjatjara people.

Dr Charles Duguid. Founding member of the Aborigines Protection Board, and instrumental in the establishment of the Mission at Ernabella.