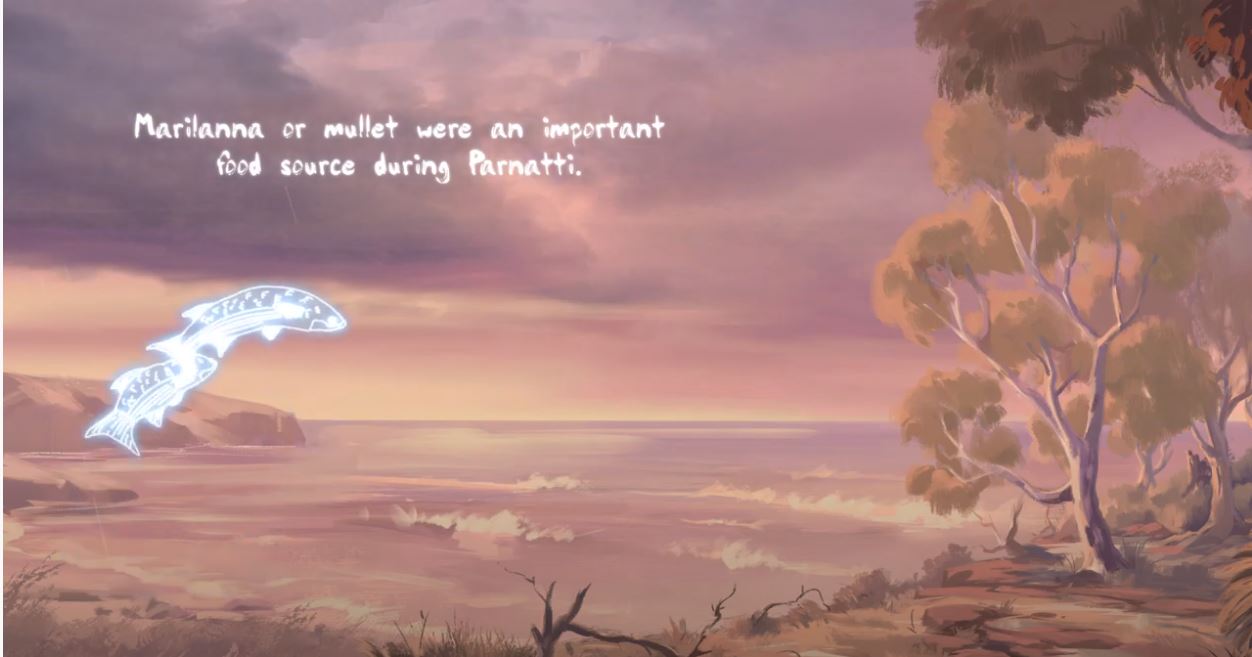 Parnatti, created by UniSA's MOD with senior Kaurna custodian Karl 'Winda' Telfer shows the journey in preparation for the Kaurna season of Parnatti, between April and June.

Amery, Rob. 'The first Lutheran missionaries in South Australia and their contribution to Kaurna language reclamation...' in Journal of Friends of Lutheran Archives, 2000.

Teichelmann, CG and Schürmann CW. Outlines of a grammar, vocabulary, and phraseology, of the Aboriginal language of South Australia, spoken by the natives in and for some distance around Adelaide, 1962. (Original 1840).

This guide to sources relating to the Kaurna people was last updated in 2016. It comprises selected material held by the State Library or available online.

Or conduct a keyword search using the following term:  Kaurna

Kaurna Aboriginal people are the Traditional Owners of the Adelaide plains in South Australia. Kaurna land extends north towards Crystal Brook, down the Adelaide plains, south along the coast to Cape Jervis and is bounded by the Mount Lofty Ranges to the east. The arrival of the European settlers disrupted the Kaurna way of life that relied on mobility within their defined territory. Within twenty years, many Kaurna had died from illnesses and diseases introduced by the settlers and the survivors were transported to a native settlement at Poonindie, near Port Lincoln on the Eyre Peninsula. Since the 1960s people of Kaurna descent started to move back to Adelaide areas to live and revive Kaurna culture.

Brock, Peggy and Gara, Tom (eds). Colonialism and its aftermath : a history of Aboriginal South Australia, 2017.

Cawthorne, W.A. Sketch of the Aborigines of South Australia : references in the Cawthorne papers, 1991.

Edwards, Meredith and Groome, Howard. The Kaurna people : a study of the original inhabitants of the Eastern coast of St. Vincent's Gulf, 1986.

Edwards, Robert. The Kaurna people of the Adelaide Plains, 1972.

Klose, Samuel. Missionary to the Kaurna : the Klose letters, 2002.

Kudlyo, the black swan dreaming : Veronica Brodie and the continuity of Kaurna history at Glanville and Le Fevre Peninsula, 1994.

Mühlhäusler, Peter (ed). Hermann Koeler's Adelaide : observations on the language and culture of South Australia by the first German visitor, 2006.

Stephens, Edward. The aborigines of Australia : being personal recollections of those tribes which once inhabited the Adelaide Plains of South Australia. 1889.

Kimber, R.G. An investigation of the reasons for the conflict between Aboriginal people and Europeans in the early years of contact in South Australia.