Miethke, A. L. Patriotic work in our schools: a report on the South Australian Children's Patriotic Fund....showing administration of funds and some phases of the work, 1917 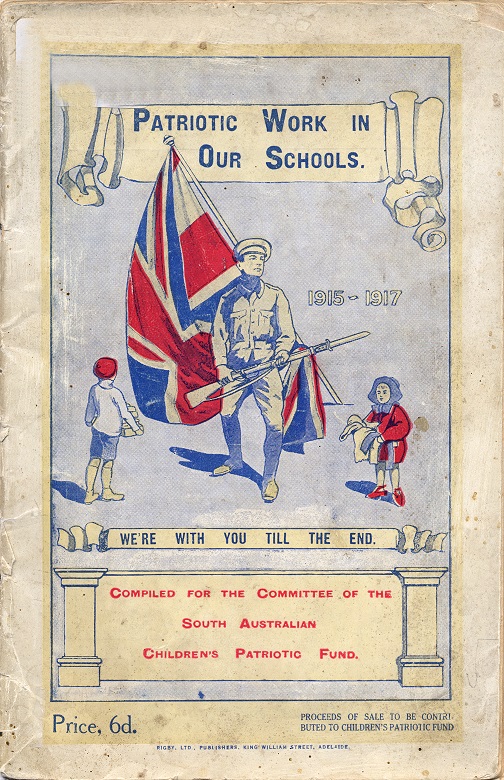 The development of the SACPF can be tracked via references to it in the Education Department's Education Gazette:

History of the Patriotic Fund

With men participating in the war and women in patriotic work, children found their own way to contribute during World War 1.  Boy Scouts and Girl Guides initially helped with patriotic initiatives, then in 1915 the South Australian Children’s Patriotic Fund (SACPF) was established.

The SACPF was created in response to the individual efforts of teachers across the state, who from the outbreak of the war had begun gathering donations for the benefit of Australian soldiers and various relief organisations.  The Director of Education, MM Maughan, suggested that by combining the efforts of individual schools and teachers, a greater result without duplication of effort could be achieved.

While the knitting of socks, sewing of sandbags, and collecting of anything potentially useful to the war effort continued, the SACPF allowed children to engage in coordinated fundraising activities. As the Fund’s Honorary Secretary, Adelaide Miethke, expressed, “The aim of the committee has always been to assist in the most urgent need at the moment…”,   so SACPF funds were distributed to organisations including Cheer-up Huts, repatriation funds, hospitals, trench comforts, and the Red Cross.  The activities themselves were diverse, and included parades, jumble sales, badge selling, large orchestrated demonstrations, and the colourful “Wonderland” fetes. Toward the end of the War, there were also ‘Patriotic self-denial’ initiatives and formal ‘War Savings’ movements. 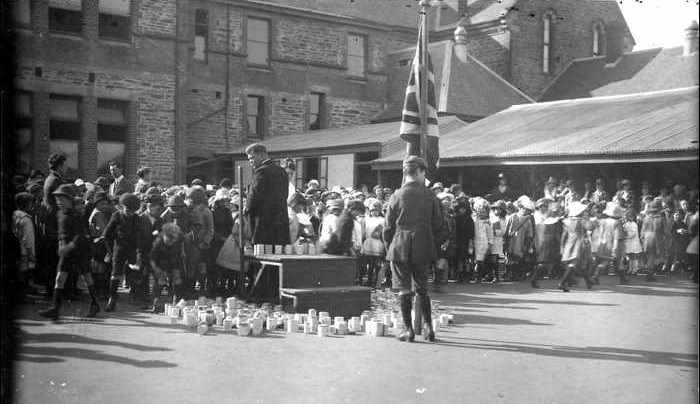 PRG 280/1/15/949 - An assembly of children in a school-yard bringing tins of money collected for the War effort.
View more information about this image here. You may order a high quality photographic copy. No known Copyright restrictions - Conditions of use.

In 1915, an SACPF supplement was included in the Education Department’s magazine, Children’s Hour, and in 1917 (with permission from the State War Council) this developed into the separate publication, Patriotic Times.   To reward the efforts of individual students, a War Service medal was introduced “for every child earning 10s. by their own effort”, with a “bar to be added for every additional 10s”.

Support for SACPF activities was not restricted to the city, with entire country towns and regions turning out for fundraising events.  Such was the growth in involvement by the children and schools themselves, that in 1917 the organisation had to be restructured into districts and subdivisions, and more formal reporting arrangements instituted.  Ultimately, the enthusiastic efforts of South Australian children saw the SACPF contribute more than £150, 000 to the war effort, as well as considerable in-kind support. 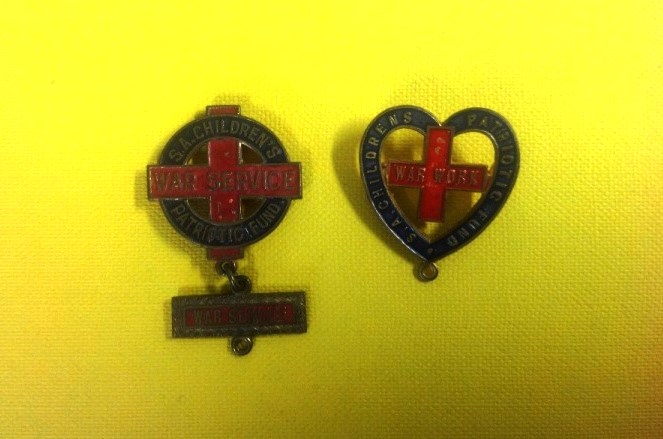 Contemporary newspapers covered the Schools Patriotic Fund extensively. The following is a sample of reporting.