Funeral or death notices in newspapers often give the name of the undertaker. Once this is known, you may be lucky enough to find their records still exist, providing all kinds of information about the deceased person.

Generally, undertaker's records the date of death and place of burial, and often also other information such as the cause of death, names of the clergyman and doctor, names of relatives and the cost of the funeral.

Some funeral businesses have been run by the same family for generations.  Commonly in the 19th century funeral services were offered by local carpenters, and services were conducted at home rather than in a church. 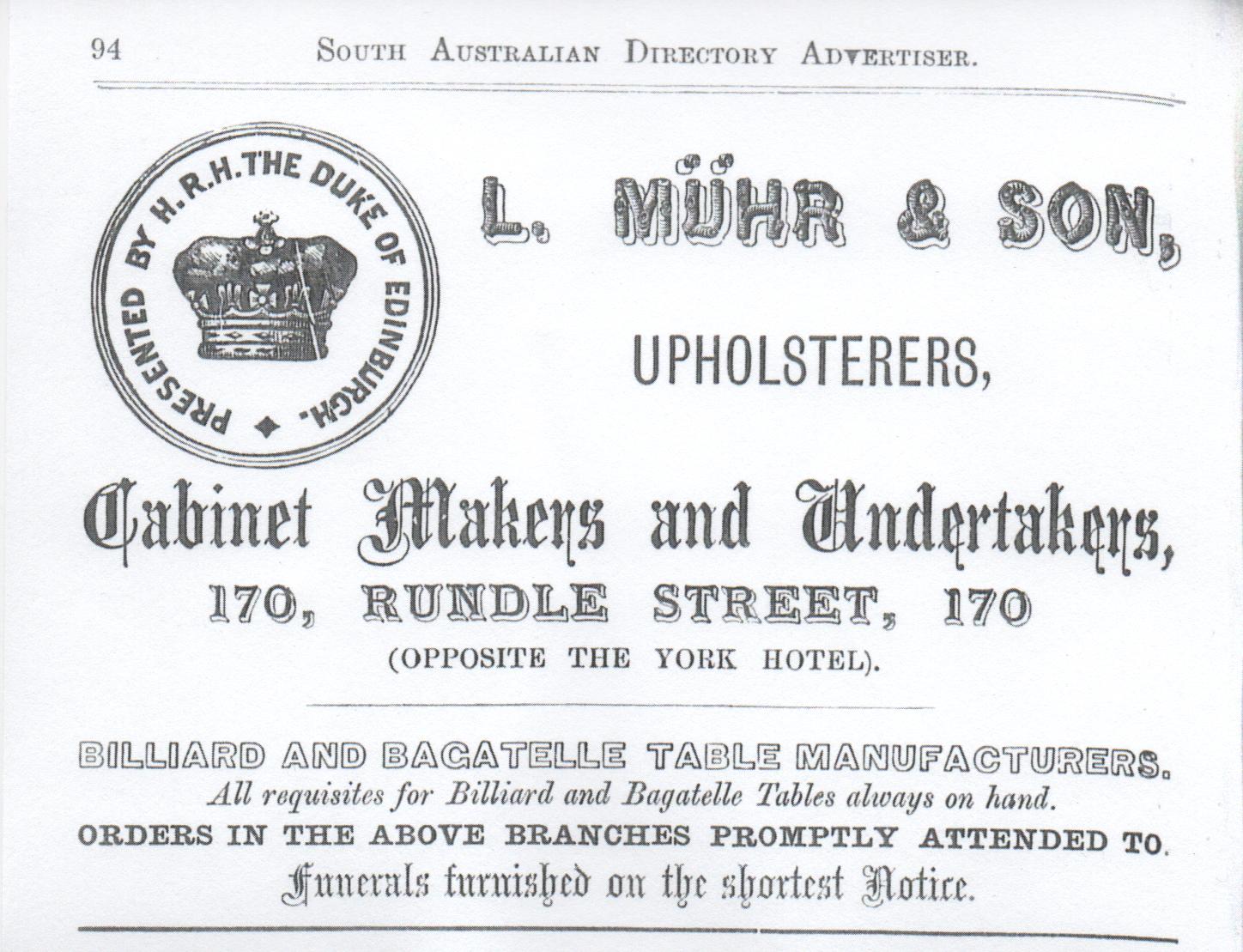 Besides records held at the State Library, Genealogy SA has undertakers' registers for the following businesses:

For general background about the history of funerals and death customs in South Australia, see At the End of the Road by Robert Nicol. 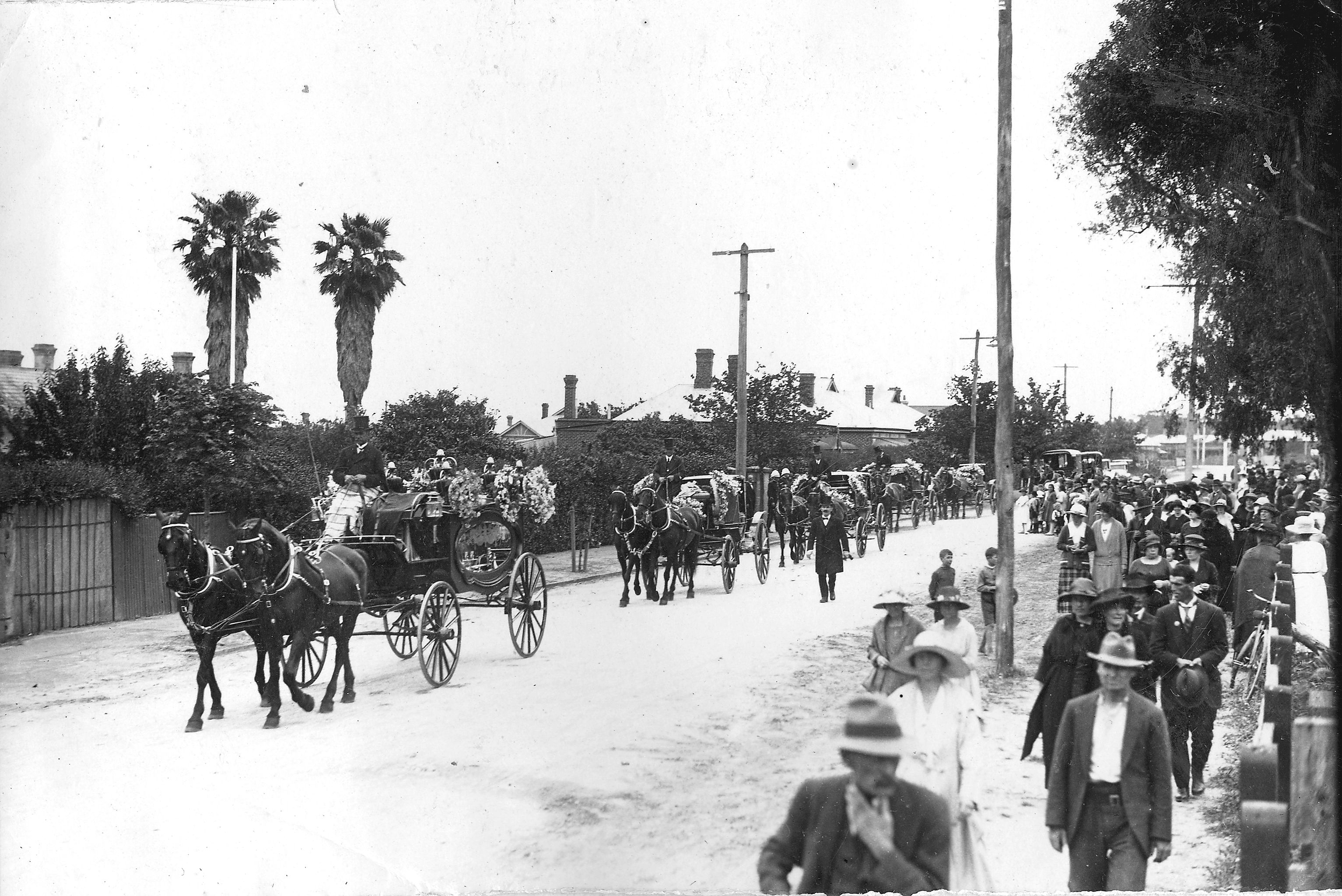