http://www.imagesofengland.org.uk/ Images of England is a ‘point in time’ photographic library of England’s listed buildings, recorded at the turn of the 21st century

http://www.francisfrith.com/ Francis Frith was an English photographer who produced postcards of many places around England for the tourist trade.

The original entrance to the White Tower, Tower of London. Image courtesy of wikipedia.

The following items are available for use at the State Library of South Australia.  They will give you valuable information on how to date your photographs using clues like hat size, facial hair or lack there of, the shapes of sleeves and collars and the length of a dress's hem.

Tracing your ancestors through family photographs

How to get the most from family pictures 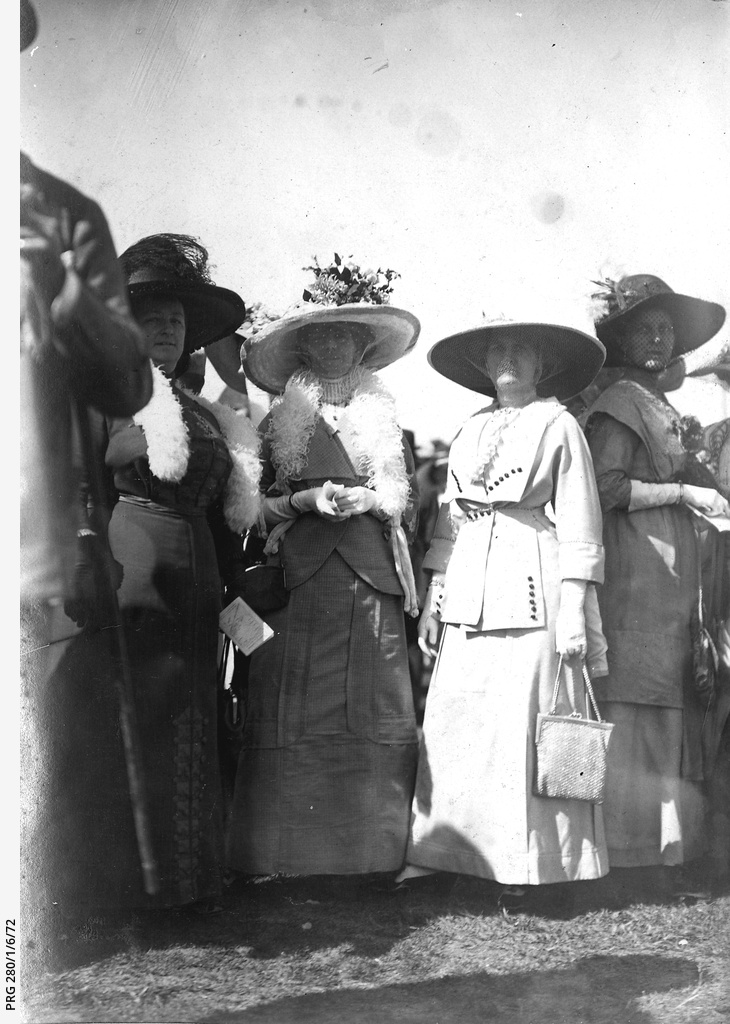 Fashion at the races, 1912.
More information about this image.